Being a teacher means that you're a volunteer whether you think you are or not. So many times during my 200 plus days an academic year I volunteer to advocate for my children both inside and outside the classroom. Sometimes it's small, like paying for a child's lunch, but other times I've been called in to help take care of a student (or several) who is having difficulties getting access to basic things like clean clothes and hot meals. For the past 13 years, I've made it a point to show kids the impact of being a volunteer by providing toiletries to students who are either homeless or live in foster care.

I started this program after working with a particular student whose both parents were deceased, and she was living in and out of homeless shelters with her aunt. Some days the young lady would come to school and it was obvious that she was angry about something. After speaking with her after school, I realized that she was angry because she felt like she wasn't pretty because she didn't have access to basic things (soap, deodorant, etc) and clean clothes. After crying with this young lady, I made it my mission to help her as much as I could. I decided to go around to various local businesses and ask for donations. By the end of the week, I found her a gift card for some clean uniforms and a bag full of toiletries for her to use!

The joy on this young lady's face was priceless, and on that day, my cause was born. Every year I service at least 30-40 students who need basic things. Sometimes it's clothes while other times it's things as simple as a place to take a hot shower and relax. Whatever they need, we get it for them. We've been blessed that we have partnerships with local businesses and hotels that sometimes even put whole families up ! Throughout working with my program, I've run 5ks to raise money for our students and even a couple of half marathons to fund a family's Thanksgiving dinner. Our goal is to empower students to be optimistic!

I encourage ALL of my readers to be active in volunteering by doing the following:

I am participating in a sponsored campaign hosted by Advil® as part of the Advil® Relief in Action campaign. I received compensation for this post. While all opinions stated are my own, I make no claims about Advil® as a product or its effectiveness.

4 Ways to Prepare Yourself for a Career in Education 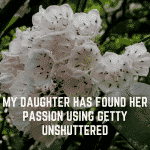 My Daughter Has Found Her Passion Using Getty Unshuttered
« The Common Core - Finding a New, Common Path
Despite What You Have Heard: American Students are Not 'Falling Behind' »