Obstinance Has No Place in Teaching and Learning

Adam Sutton currently teaches 8th grade social studies in Baltimore, MD. In addition to teaching for 13 years, Adam is an avid writer, father, and husband. His work has been published from TheEducatorsRoom to The Baltimore Sun, The Chicago Tribune, and beyond. Currently, he is working on his book "Teachers Don't Get Tired" while doing his best to corral his two wonderful daughters.

For teachers, it is a fact of life that they teach lessons.  One of those lessons is to help students grapple with new, difficult, and controversial ideas.  To help students make sense and place those ideas within their own experiences is part of the job; I enjoy it.  So, this week, as my frustrations in writing Standards-Based Grading Must Die Part II mounted, it dawned on me that I was forgetting key lessons about the learning process.

In class, I spend little time worrying about being right.  Teachers aren’t in the indoctrination business, which means they aren’t out to argue with students.  When students consider the radicalness of the American Revolution, their teacher’s view on the matter isn’t important.  It’s not foremost in the teacher’s mind; their goal is to give students the tools, organized and fairly drawn up, to make an informed decision for themselves.

I pride myself on pushing students to work through this process of learning.  Pushing students to think, consider, and see things they have missed or glossed over is one of the joys of the job.  Listening to students and calculating the ways to test their understandings and beliefs leaves no space for stubbornness and obstinance.  Teachers are looking at all the angles, all the time.

Yet last week, I wrote Standards-Based Grading Must Die, and even as I submitted, I had plans for part II.  I had more to say, so when people contacted me with criticisms, my response was to fight.  Mentally, I had prepared to continue arguing against standards-based grading, and the critics were stoking my already hot embers.

But, as I tried to dip my pen in hell and fire back, I kept getting stuck.  I was flailing wildly.  There was plenty of motivation coupled with verve; however, something was amiss.  Instead of being nimble and observant, I was being stiff and stubborn.

My righteousness boiled over in a phone conversation with my friend “Lisa.”  “Somebody’s got a bee in your bonnet,” was the moment of epiphany.  It wasn’t my critics that were the problem.  It was me.  It was my reaction to them.  I wanted to fight my critics.  I wanted to punch back.  Prove I was smarter.  Show I was right.

I wasn’t being a good student, and if we aren’t open to learning, how can we be good teachers? Click To Tweet

The product became my focus instead of the process.  The goal was to respond, to fight.    Instead of internalizing and making sense of the critiques and questions, I wanted to run them over.  It was easier to push past the critics and cast aside reasonable questions.

I was seeing my disengaged students in myself.  When challenged and left uncertain, they don’t slow down, they don’t look for explanations or explore nuance.  They plow through the work so they can say, “Done!”

But, I also saw the frazzled teacher too.  The talk of “speeding up” and “keeping pace” as if learning–and in this case writing–is a race.  It’s not.  We’ve all taken an extra day or week somewhere in our schedules and reflected that it was time well spent.  Time that allowed students to grow and learn.  Time that let us do our job: teaching.

This week I epitomized the worst of our system; I treated my work as busy work to be completed quickly.  But, I was redeemed by the best of our system: the people.  Those people that pushed me and didn’t go easy on me, those teachers.  We don’t always like our teachers, but we are thankful for them.

Standards-Based Grading Must Die Part II is going to be a thing.  But, it will be a better thing when I am a better student. 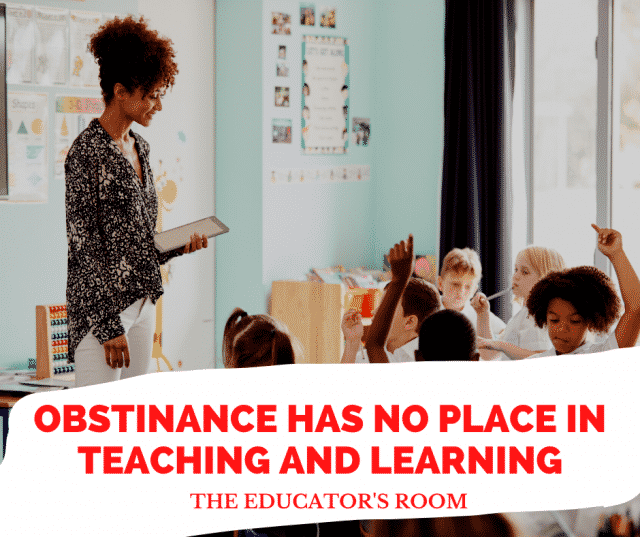 About the Author: Adam Sutton

Adam Sutton currently teaches 8th grade social studies in Baltimore, MD. In addition to teaching for 13 years, Adam is an avid writer, father, and husband. His work has been published from TheEducatorsRoom to The Baltimore Sun, The Chicago Tribune, and beyond. Currently, he is working on his book "Teachers Don't Get Tired" while doing his best to corral his two wonderful daughters.