Bullying: Did the School System Fail This Mother? | The Educators Room Skip to content
Previous Next

Bullying: Did the School System Fail This Mother?

Before I dive into this article, I want to share a few statistics on bullying.

According to the National Education Association’s article, “Nation’s educators continue to push for safe, bully-free environments”

Andrea Cohn and Andrea Canter, Ph.D. pointed out in their piece “Bullying: Facts for Schools and Parents”

“One out of ten students drops out of school because of repeated bullying.”

Multiple articles all share alarming statistics.  I have to imagine the statistics above influenced the decision made by Christian Tinsley this past week.

Who is Christian Tinsley?

Tinsley is the mother in the viral video who went into her daughter’s classroom and told her male classmates to stop bullying her daughter. She then invited them to inform their mothers, sisters, and aunts over the age of 18 that she was more than ready to handle this situation, or in her words “f*ck em all up.”

In an interview, Tinsley stated her daughter had been bullied by the boys in the classroom, on social media, and during her walks home. It was reported that one boy sexually harassed her. Even after his suspension, things took a turn for worse.

What triggered “mama bear mode” to go into effect was this past Tuesday, when her daughter begged to stay in the car and not go to school. Tinsley stated, “Then she made a comment to me that if she wasn’t as strong as she was, she would have killed herself.”

Being a mother, my immediate response was “I would have done the same exact thing.” I am tired of seeing news stories and Facebook posts about children killing themselves because of bullying inside and outside of the classroom. Tinsley took the proper steps before it got to this point. The school investigated and even suspended a young man involved.

But nothing changed. It got worse for Tinsley’s daughter.

Some of you may be thinking, “Why didn’t she just transfer her daughter to another school? Why didn’t she ask to meet with their parents in a different way?”

I have a few questions for you in return.

Why, in many situations, is the victim the one who needs to be relocated and the victim’s families the ones who have to handle everything?

Is there a reason we’re not holding the bullies responsible by relocating them?

Why aren’t the families, who I’m hoping were contacted before this, not approaching this mother and her daughter with an apology and speaking out against their children’s behavior?

As a teacher, I see what goes on in schools. I hear from colleagues about what happens in their classrooms. However, I still wonder, have we done enough? I do my best to defend students, no matter who they are or what problems I’ve had with them in the past. My responsibility is to acknowledge the bullying in every instance, try to find a resolution between the students, and if it continues, report it to administration. I tell students to let their parents know, and I inform parents as well.

I love social media: however, it’s sad to say how many times I’ve come across countless situations with students where the bullying goes beyond the classroom and the playground and is waiting for them at home on a tiny screen. By the time they’ve come back to school the next day, they’ve endured bullying for a consistent 24 hours.

These students are victims, and they feel helpless. I’m sick to my stomach every time I see news stories about these students, these children, someone’s BABIES taking their lives because of bullying.

When Christian Tinsley walked into her child’s classroom, I know that she had one thing on her mind, her daughter’s life. The fact that her daughter got to the point where she uttered the words “kill myself” was more than enough evidence to Tinsley that enough was enough.

So before you judge this mother, put yourself in her shoes. If you’re a parent, think about what you would do if your child began to weep about going to school because someone on the inside was making them feel like they were nothing. Think about the lives lost to suicide because of that exact situation.

Instead of seeing this headline

“California teen commits suicide because of bullying and sexual harassment” 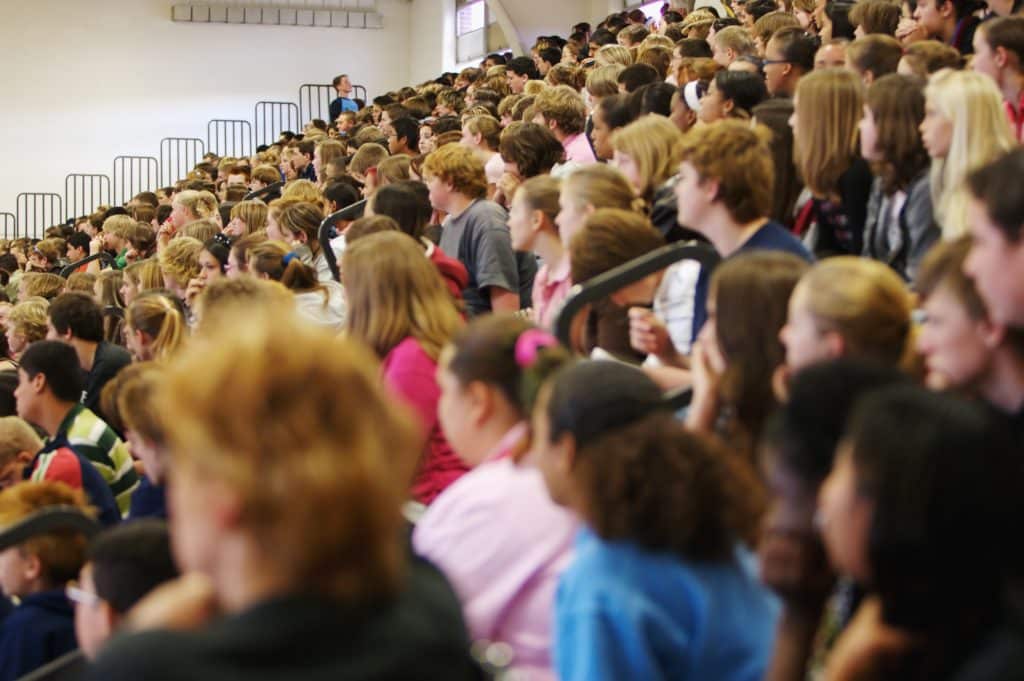 About the Author: Allyson A. Robinson