I'm in love with anagrams. Scramble letters that turn into memorable phrases or names of countries or words with a "q" sound like cupid, or cubical have caffeinated my brain during car rides and washing dinner dishes.  My daughter likes them too, maybe too much.  Every Sunday, we three, mom, dad and daughter, listening to the NPR Weekend Edition Sunday Puzzle with Will Shortz.  Most of the time we yell out the most random answers, laughing when we get them wrong.  Once in awhile, we get one right and conquer the weekly challenge, enter the drawing hoping to be on the show. It is very exciting even though we have yet to win. I do worry about the influence it is having on our eight year old who now follows Rachel Martin on Twitter and requested Will Shortz puzzle books as gifts.

Her obsession with radio voices and puzzles has led me to reconsider using word puzzles  during study hall moments for students who refuse to study.  It was a hit. Students were eager to rise to the challenges, we were conversing and collaborating. I have been keenly interested in gaming as an incentive for learning and I had forgotten that it can be a simple as unscrambling a single word.  Students love decoding, unlocking an idea as if it was the best kept secret in the world and knowing that they have succeeded is extremely powerful. This is the power of spelling which is a daily practice in elementary but an incidental practice at secondary levels.  Research into spelling as presented by Judith Birsch (Multisensory Teaching of Basic Language Skills) reminded me of the positive "synchrony of reading and spelling."  At this point in the year it may seem a bit late to take on a spelling challenge but word games activate self reliance and recall necessary for studying for final exams.

Here is a perfect example of an anagram that gained applause in my classroom.  I use the first five minutes for reading and formative assessment.  I wanted students to remember  a senator whose passion would have had him yell, "Catch me a major army trophy. Reds!" (anagramgenius.com)  While they unscrambled, I did attendance, passed out papers, voiced encouragement.  Finally, someone did get Senator Joseph McCarthy.

I had forgotten how much I enjoy teaching spelling, spelling derivation and  etymology.  The history of how we use our language, how our language grows and how students can creatively build new worlds around words is a perfect means for starting and ending my long block classes.  Anagrams are but one spelling tool.  Developing graphic organizers for a particular word has also been a useful opener for classroom management.  Social studies teachers teach words like, appeasement or communism.  Whether students draw word walls at their desks, on the iPads or on a large piece of paper taped to the front door they enjoy engaging with the familiarity of small words hidden within or similar words that jump out from memory.  Peace, commune, community, Pax, appeal, commute begin to jump from their pens.  Lines away and branches  from the vocabulary move in new directions when students collaborate.  I ended class the other day explaining that to draw atomic  from the term containment helped define it in context.  Could students find anagrams within other words that similarly help them connect history to context?  I think this will be a challenge that many will attempt.

Exit strategy.  Formative assessment of a single vocabulary term as students leave class has been essential for directing instruction.  I'm always surprised at how misconstrued students become.  Apparently  "infrastructure"  was not a simple term easy to grasp. I didn't know this until I ask students to  give me an example of an infrastructure that exists in the country of their study as they left the classroom.  Some students gave the example of railroad but some students gave the example of  "juice" or "bikes".  Were they being silly or genuinely confused?

Infrastructure was defined on the internet as the backbone of society so it made sense that, if everybody loves juice, juice could be a backbone.   To correct this era I would need to combine word play with imagery. I spent an evening listing and sorting the most amazing examples of infrastructure I could find online.  I found examples of costly, cheap, expansive and simple until I had ten from locations around the globe.  The next morning, students spent the first five each reading about one example of infrastructure their iPads.  They each walked around the room presenting images, video and a quick synopsis. The class voted for the top three.  Not only did they learn what the term meant but they learned what the term could be. I did break down the word and redefine it for them but giving students infinite power to shape and reshape not the letters of the word but the idea of the word itself.  Their currant imaginative ideas could become reality. (Notice the subtle subanagram?)

I hope no one will argue that juice could still be infrastructure. No matter what, the student who DOES argue will never be accused of being taciturn. 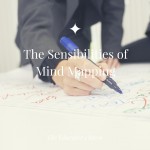 The Sensibilities of Mind Mapping 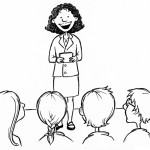 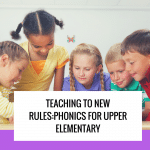 Teaching With Minecraft EDU
« The Absent Teacher
The Bullied Teacher »