School safety is paramount to most parents. They want to believe that their children can go to school, get an education and not be bullied or threatened. The current problem in our schools is that those who make decisions about the safety of schools seem to be more focused with attacks from strangers rather than from those in school. Because of this belief, they pass laws and budgets to install metal detectors, hire school security officers and often request local police on campus. Some states even want teachers to be armed. The problem with this method of safety is that it didn’t make the two young ladies whose stories I am going to share with you feel safer in school.

Amy Joyner-Francis was a sophomore at Howard High School of Technology in Delaware. She was considered a good student who could convince friends not to fight and who listened to their problems during lunch. Amy had plans to go to college. On April 21, 2016, Amy decided to talk to another female student about an issue. The two girls met in the girls’ bathroom. A fight began between the two girls. Had the fight stayed between the two girls things would probably have ended differently. Unfortunately, several other females joined in against Amy. This escalation ended with Amy’s head being pounded into the sink. She fell to the ground bleeding from a head injury. She was airlifted to A.I. DuPont Children’s Hospital where she died.

Ironically, the month of May at Howard High is when the anti-bullying campaign begins. As I said in my introduction, the current safety situation in most schools could not have stopped this particular event, largely because metal detectors, school police officers, and local police on campus would not have kept Amy alive.

Angie’s story was posted on The Educator’s Room via a request for suggestions on how to help her deal with the bullying that she has endured for two years. Much of the bullying has to do with her Hispanic heritage. She has been called "Mexican", "wetback", "beaner" and more- all while at school. She has also been shoved into a wall and had her books knocked out of her hands by fellow students. Many of these incidents have occurred during lunch and recess. Her parents have gone to the school and requested help but there was no improvement.

As often happens in bullying situations, Angie was pushed to the point that she decided to fight one of her bullies. Her hope, like that of most who are bullied, was that if she fought the bullying might end. Unfortunately, Angie did not get the result she was hoping for.

In the aftermath of the fight, parents of the group of bullies  started to come to the school and calling Angie names. A father of one of the bullies physically assaulted Angie causing a concussion. Other parents began coming to school to continue the verbal abuse towards Angie. She has even been videotaped entering school by a parent. When the fight that Angie started went to court the judge charged her with a felony instead of a misdemeanor.

At the age of 13, Angie’s story is ongoing. It seems that no one in charge at her school has done anything to stop the bullying. In fact, according to the information provided by Angie’s older sister (who is a teacher) several parents have removed their children because of this group of bullies. Not every parent has that option.

As I mentioned at the beginning of this article, the “safety” measures that we have in place to protect our students often do little to offer protection from other students or parents. But there are things that can be done.

Here are some suggestions:

1. Take seriously all reports of bullying.
2. Have anti-bullying programs in place throughout the school year.
3. Teach tolerance.
4. Increase the number of counselors in schools.
5. Start a peer counseling program to help with small disputes.
6. Institute an adult mentoring program.

As I stated at the beginning of this article metal detectors, school police, and local police on campus don’t always make our children safe in school. What can help are more adults involved in our schools, whether they be additional support staff or parent and neighborhood volunteers.

Now tell us, is your school safe? 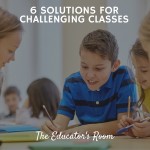 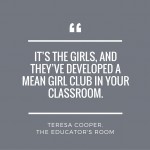 How to Stop Girl Bullying in the Classroom 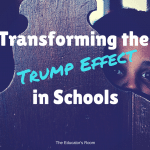 Transforming the 'Trump Effect' in Schools