A not-so-quiet revolution has been taking place in North Carolina over the last few months.  This Monday, that revolution included thousands of educators marching in the capital, Raleigh, in protest of severe slashes to education funding.  The demonstration was part of what has become known as Moral Mondays: weekly massive protests against the radical moves made by the Republican super majority in the state legislature.  The demonstrators are diverse: young and old, multiracial, multi-denominational, with the participation of the leaders like Reverend Doctor William Barber, the state’s NAACP president.

The thousands of North Carolinians who have gathered to protest stand in representation of all who have a stake in what this state legislature has wrought on the state.  In fact, no state has passed such a mass of crippling, extremely ideological legislation, and the results for the state will make life extremely difficult for most of its citizens.  Among the legislation passed this last session:  the Medicaid expansion under the American Health Care Act was rejected, which will leave hundreds of thousands of North Carolinians without access health care.  They ended federal unemployment benefits for 170,000 people, and slashed them for everyone else.  They made severe cuts to public education while at the same time funding a voucher program that would send public dollars to private schools.  They drastically invaded women’s reproductive rights and privacy, and they removed the earned income tax credit for low-income, working families.  And finally, in the last days of the session, taking advantage of the Supreme Court’s recent declaration that the Voting Rights Act protections of 1965 were no longer needed in states that historically discriminated (like North Carolina), they passed a massively strict voter-ID requirement and ended same-day voter registration and state-sponsored voter registration drives – efforts directly aimed at limiting voting in higher poverty and more diverse communities in the state.

This last Monday was the biggest showing of educators, with busloads of teachers arriving in the capital to bring attention to the severe slashes to schools that will go into effect this year.  North Carolina teachers are among the lowest paid in the country, and the education budget passed by this legislature not only removes any costs of living increases, but will also result in layoffs and will transfer of public tax dollars from the low-income public schools that need the funding most to private schools.

The thousands of teachers in red shirts who marched on Monday were the last massive protest in the capital.  With the legislature now out of session, the Moral Monday demonstrations will move to different locations around the state, allowing for more participation and awareness-raising outside of Raleigh.  The Republican leadership in the legislature mocked the demonstrations as “Moron Mondays,” and the national press has not paid much attention, allowing the people of North Carolina to be characterized as “aging hippies,” and disaffected crowds.  In fact, Moral Mondays have massively enlarged the ranks of engaged and participating progressives in the state.   Among those are teachers who refuse to sit back and allow their schools to be stripped bare of resources and quality educators because the state will not support the education system.

Those teachers and all the other thousands of citizens who have participated in Moral Mondays may not have had any legislative victories this session, but recent polls show that by the time the session ended, only 20% of North Carolinians approved of the legislature.  And as he signed each severe bill into law, Governor McCrory’s approval ratings have fallen 15% in just the last month.  There is a sense among the progressive movement sparked by Moral Mondays that the people of North Carolina have begun to realize that change is possible.

While the organizing moves forward with a long-term vision, those teachers that demonstrated on Monday will soon return to classrooms.  They will face students whose families will have less income, less access to health care and food, and the teachers themselves will not see any increase in their salaries, if they manage to retain their positions at all.  These are not the conditions children or their teachers should face.  Unless and until state legislatures like the one in North Carolina begin to add support rather than remove it from schools, educators, and the families of their most vulnerable children, those conditions are bound to deteriorate.  The movement begun by Moral Mondays may eventually bring change in North Carolina, but meanwhile, teachers will continue to have to do more with less.[/fusion_builder_column][/fusion_builder_row][/fusion_builder_container] 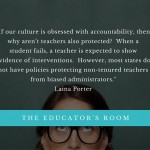 It's Pi Day: A Day to Exercise Your Inner Mathematician! 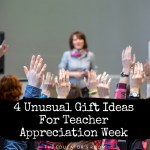