"You know what the happiest animal in the world is?" asks Coach Ted Lasso, star of the eponymous comedy on Apple TV+ to one of his players down in the dumps. "It's a goldfish. It's got a 10-second memory. Be a goldfish."

This is just one of the many wit and wisdom combos served to viewers in what is arguably the best new comedy this side of Schitt's Creek. And each of the 10 episodes, lessons for teachers and students abound.

"I think I literally have a better understanding of who killed Kennedy than what is offside."

Coach Lasso is hired to coach a UK Premier League football (soccer) team when he knows absolutely nothing about the sport. He was a Division II NCAA American football coach who was hired to right the ship at AFC Richmond, a fictional club that has made mediocrity its staple. Immediately the press and the players pounce on this lack of any experience, but they are lasso-ed in by his continual concern for people.

What if teachers expressed the same? What if they focused on teaching their students instead of subjects?

2. Respect for "the little guy"

"Me? No one ever asks my name"

In the first episode, the first friend that Coach Lasso makes on the AFC Club is Nathan, the "kit man" (equipment manager) who has been a complete nobody up until that point. Lasso immediately nicknames him "Nate the Great," and he soon starts to live up to the moniker, eventually creating the first great play for the club, giving a true roasting pre-game speech that helps them to knock off Everton, a team they haven't defeated in 60 years. Eventually he becomes a coach in his own right.

Which begs the question - how many aides and teaching assistants do you know at your school? Are you on a first-name basis with the person that cleans your room? Your daylight custodian? Your kitchen staff? These are the true superheroes of the 2020-21 school year, and not knowing them means missing out.

3. Learn that everyone is multi-dimensional - Roy, Jamie, Rebecca

"Hey, takin' on a challenge is a lot like ridin' a horse. If you're comfortable while you're doin' it, you're probably doin' it wrong."

The first few episodes can feel silly because 3 of the best-supporting characters feel one-dimensional. There's Rebecca, the owner of the club who hired Ted who you soon figured out did so to trash the team as revenge against her ex-husband. There's Jamie, the egotistical young star who yells "Me!" to the fans after scoring his goals. And then there's Roy, the disgruntled aging veteran who has more hostility than a swarm of bees.

But each of these characters retains their personas while growing under the leadership of Coach Lasso. May we seek to do that with our students, no matter how one-dimensional they seem, and never give up on the hope that they can be better versions of themselves if not this year, the next one.

4. Don't run from the ridiculous

"I did not trip over something. Something tripped over me. Something not there."

When we meet the new star of the team, the exuberant Dani Rojas, we see him get hurt and the players say it's because he went to the cursed training room. Most coaches would just brush this off as hooey, but Lasso embraces it, and develops a plan to stop the curse. It's ingenious, by the way, and it helps to build the team's broken morale.

I have a colleague teaching online who sings to his students once a week. Each week they vote on which song he'll sing. He's absolutely terrible at it, but yet it's so blatantly beautiful. What if you took the jokes in stride and didn't hide from the ridiculousness in the classroom and led by placing the "unity" in unity?

5. Lean back on + be challenged by your friends

"I'll always be your biggest defender but you have to own up to the part that you played."

Towards the end of Season 1, we meet the character Flo Collins (aka "Sassy"), who was Rebecca (the owner)'s "best mate" since grade school. She hasn't seen Rebecca in 6 years, and she pulls the icy heiress from the depths of her despair by challenging her to accept what she's done wrong and move on. This transforms her into the light-hearted and whimsical woman she remembers, even encouraging Rebecca to belt out a fantastic rendition of "Let It Go" at a karaoke club.

Additionally, Coach Beard is continually at Coach Lasso's side. When Lasso's wife and son visit from the U.S., Ted quickly realizes that his marriage has reached its endpoint. After saying goodbye to his son and acknowledging he'll have to sign divorce papers in the near future, the car carrying his family departs with his heart. But seated on the next bench over is Coach Beard holding 2 beers, and they share it in silence.

It's very easy to close the door and "just teach." In a time when we're more connected than ever online, do not forget those who look out for you and are there to challenge you and support you. But, similarly, don't forget that when you're in a good place or when they need you, there are colleagues who feel the same.

We'll check in next week with Lessons 6-10, so stay tuned. In the meantime, enjoy your biscuits but feel free to skip the tea. 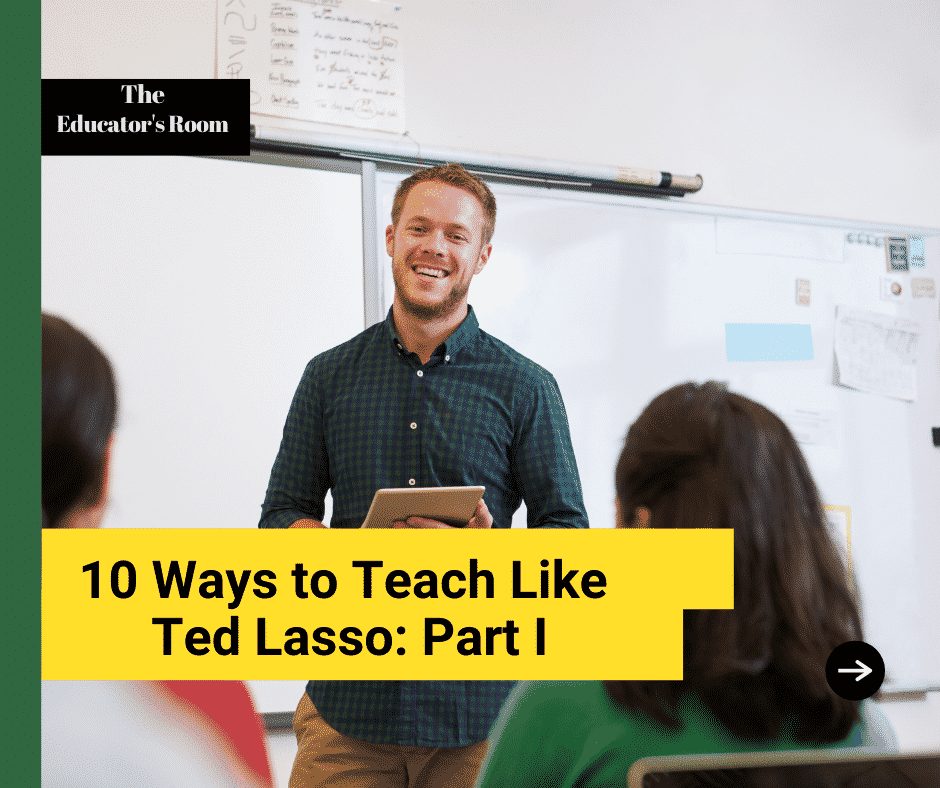 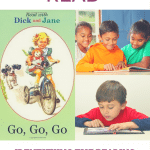 Part I: See Jane Read--Identifying the Reading Abilities of Your Students 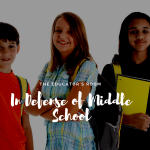 In Defense of Middle School
« Anniversaries are Testimony: One Year of Pandemic Teaching and Learning
Black Square Boxes: Affirming the Identity of Students During a Pandemic »