Over the years, many of my second grade students have had a “Good Book.”  These are behavior contracts written with a positive slant. It can be adapted to nearly any level. Each page had a space for the student and I to complete at the end of each day. It included three or four goals we were working toward accomplishing and a general ranking for the day. It also had a space for my comments and the parent’s signature. These could be changed as the child behavior goals changed or need to be fine tuned.
For example, let’s look at Peter Pan’s contract (of course, this isn’t his real name.  However, he once declared he was Peter Pan and insisted I call him that for the rest of that day.)

By looking at the list you can see what issues Peter Pan had. He needed constant direction to start his work. He was often mean to his classmates. He was an escape artist who frequently snuck away from the line as we headed to recess or Gym, causing me many anxious moments. The "kept his body to himself" began as "kept his hands to himself." Peter Pan took this literally and began kicking children. When I changed this to "kept his hands and feet to himself," he began to head butt or body slam people. Peter Pan needed broad descriptors.

The overarching goal of a behavior contract is to help the child be successful. Usually, I used it to help change unacceptable behaviors, but I also resorted to a “good book” when I had a child with organizational issues. Sometimes the purposes were combined. Accomplishments could be quiet while others were speaking, followed instructions, or began working without being asked.

I always met with the parent and child before I created a behavior contract. A face to face meeting is the best. If this is impossible, a phone conversation works, although unless the child is with you it is hard for most kids to participate fully. It is important for the child to understand that this is a three way agreement between the teacher, the parent, and the student.

As teachers know, it is best to start with what the child does well. Find something! Then discuss what behavior or organizational issues the student is having. Ask the child what they want to fix the most. Some kids with respond with “I dunno” but I was often surprised by their understanding of what needed to work better. Then ask the parents what they want. Frequently, parents have expectations of impossible perfection. In many meetings I had to lower the bar set by parents to make the goals accessible for the child.

After I wrote down the child and parent goals, I made a few suggestions myself. I then explained how the contract works. We agreed to try a contract to see if this helps improve behavior. We select three or four goals to begin with. I tried to always include one which seemed easily attainable to help the child feel accomplished. The wording always emphasized the positive, such as: "Peter Pan stayed in line," instead of "Peter Pan didn’t run away from the line." I reminded them to check and sign it daily.

I explained that the rewards and consequences needed to come from home. I suggest the rewards be something non-monetary. Picking the pizza toppings, a play date, selecting which movie to rent or game to play with the family, or, the best yet, one-on-one time with a parent are great rewards for five “Great” or “Good” days. I remind parents to keep consequences clear and brief: no Wii before dinner is reasonable. No Wii for a week is not. I also remind parents “Okay” means just that. It should not be punishable or rewarded. Most of us frequently have okay days. A child will have them also.

Once we had all agreed on three or four goals to work towards, I printed two days' worth of the checklist on a page. I copied it front and back with enough pages for about four or five weeks. I three-hole punched the pages, inserted them into a folder and labeled it "______’s Good Book."  I let the child decorate the folder.
At first, it required many verbal reminders or a hand gestures to help the child to accomplish his or her goals. If I saw them making frequent poor behavior decisions, I would have get out their book and ask them to show me which goal they needed help accomplishing. This would get easier after a week or two.
At the end of each day, when I passed out homework, the child and I would go over the contract, checking off what they had done well. I gave lots of high-fives and smiles along with checks for items accomplished. The whole process took less than a minute.

I had as many as six students with contracts one year. What a year! Most years, I had two or three contracts to check at the end of the day. They nearly always worked. Behaviors improved or disappeared. I had one family actually burn the contract after we determined we simply didn’t need it any more.
Peter Pan did finally keep his body to himself and stayed with the line. I just had to close the loopholes for a boy with serious lawyer potential.

Classroom Culture and Student Self-esteem: Four Strategies for Next Year

Classroom Rules: It's About Trust 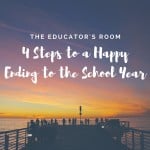