When I became a teacher, I originally thought that I would be just that… I desired to teach my students about more than just history, but about life, yet I didn't exactly appreciate the roles I would acquire when teaching about life. I thought I would only be a teacher, but I became a counselor, mentor, adviser, coach, and confidant. Although I only get paid for being a teacher, I don’t complain much… my personal belief is that the other positions are my ministry; the payment for doing those jobs are greater than the money I receive as a teacher and although I don’t always get paid upon receipt of service, I know that when the payment is due, I’ll receive it with interest. The jobs of counselor, mentor, coach and etc. are no less time consuming, mentally, emotionally and spiritually draining. Unfortunately, there aren't enough individuals in schools who wish to accept the roles of counselor, mentor, adviser,  coach and/or confidant. Even the people who do get paid to serve in the capacity of any of those roles tend to hesitate when a student comes to them with an issue that seems to be a bit beyond their job description.

I am not a fan of lunch duty. But, I monitor the junior class at my school and they are a very relaxed and a more subdued group when eating lunch in comparison to the other grades in my building. One of my students came to me with a problem. She asked me what to do when some lies to you repeatedly. Not sure of the specifics of her situation, I told her that it depended on what the lie was and who was the offending party. I sort of understood that it had to do with her father, considering that she had told me about their tumultuous relationship in the past. She then decided to open up and say that her father lied to her about their being infidelity within his relationship with my student’s mother – he was the guilty party. My student knew the truth yet her father continued to deny it. Whenever he was aware of her anger, he would try to buy her affection and forgiveness with such items like an ipad. Of course, being a teenager, she likes those “gifts” yet she understood that the place they were coming from was a place of insincerity and guilt.

Hearing her speak, I could see and sense her pain. The subtle tears that rolled down her face, the gentle tone from which she spoke, the scientific and analytic manner with which she described her father’s crime, her mother’s reaction and they way she tried to process it all. There was warring inside of her; the innocence of a child in love with her parents versus the realities of adulthood – recognizing that fairy tales no longer exist. I sat there and I listened. There was nothing that I could do; there was nothing that I could say that could or would help her during this time. I believe that my presence in the moment was enough for her but there was still so much that I wanted to do. My heart was invested in her pain and it was so unfortunate that she had to just “deal.” After I offered some things to think about, we departed from that conversation and I believe that she was able to frame her outlook and future course regarding her father’s infidelity in a way that wasn't so much about protecting her picture of her parent’s marriage but rather protecting herself by placing the pain of the infidelity in her parent’s marriage in its proper context and not letting it disable her from her own future relationships with men.

That conversation was draining. I was able to teach but it dominated my thoughts for a good portion of the afternoon. I prayed for my student, immediately; I prayed for her parents and her family and I also prayed that I was able to properly speak to this and other situations when confronted with them in future conversations with my students. That conversation once again reminded me that as a Christian, my job isn't necessarily to proselytize to people, but rather let my faith speak through my behavior in my job as teacher, husband and parent. I am not always successful… Like other people, I struggle with being a person of faith, strength, substance and understanding. But I've learned that when I am operating in the right spirit, I can be used to address real issues.

The most important thing about working with young people isn't necessarily equipping a student with the skills to perform at a high or even proficient academic level. The most important thing is to address the emotional needs of our students. When working with students in an urban or inner-city school, one must remember that there are other issues that are working with respect to how your students perform in the classroom. Policymakers and philanthropist don’t always admit that, because to admit that is to admit that the system is broken – the system of our society; what we value versus what we devalue; what we covet and what we sacrifice.

Many policymakers and even many educators desire to maintain the status quo regarding the education of black and brown youth because to change the system of poverty would mean everyone would have to challenge their motives and lifestyles in the effort to radically change the political, economic and social institutions of our society. If we don’t change how we value black and brown lives in the United States, specifically those within urban and inner-city neighborhoods – addressing the violence, the substance abuse, the poverty, the broken families – America will continue to suffer. If were truly the melting pot, then we need to stop separating the vegetables from the meat… separation doesn't change what the dish is in the pot – vegetables and meat make a  stew… likewise, segregation doesn't change the fact that we are one nation…under God.

The Masses, the Multitude and the Disciples (Charter School Diaries #23) 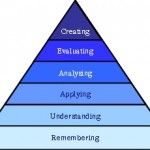 What Are We Assessing? (Charter School Diaries # 10)