I am the product of a segregated school. I saw people sprayed with fire hoses; removed from lunch counter sit-ins. I used second or third handed textbooks. I was black, back then a Negro, but my ‘negro’ cousins and I went to college in the 60s; graduated from colleges like Tennessee A & I State, Lane, Knoxville, Tuskegee Institute, University of Tennessee, Knoxville, and Boston College.  My father was a twin. None of his brothers and sisters graduated from elementary school. Of the 15 children, my father and his brothers had [8 boys and 7 girls] all went to college. One became a nurse, 11 received bachelor's degrees, seven received their master’s, and three received PhDs. (Wortham, 2003). One girl became a college professor, two boys taught college, one male cousin graduated from the Naval War College, and a grandson became the Assistant Pastor of Ebenezer Baptist Church and earned his Ph.D.

The operative question is how did a high percentage of black young men and women beat the odds in the 60s? For many blacks, in the 60s a college degree was almost a ‘’reach the moon” aspiration. They underpinned their efforts by understanding the importance of getting into the room as mentioned in Act II of the hit ‘hip-hop’ Broadway musical Hamilton, when they sing about the importance of being “in the room where it happens.” (Miranda, 2016)

Growing up, my cousins and I were told, “Once you get your education, ‘they’ can’t take that away from you.” As the grandchildren of slaves and Native American Indians, we understood who they were.  Teachers who looked like us; told us who “they” were; unlike a society today where conservatively 85% of public school teachers are white women (NCEI, 2005). Neither of my two sons had a black male teacher growing up (Wortham A. R., 2009) until college.  So the question becomes: “how are we going to equalize an education system dearth of people who look like us?”

Teachers who looked like us; told us who “they” were; unlike a society today where conservatively 85% of public school teachers are white women. Click To Tweet

The definitive and proven path to equality is getting into the room; getting a place at the table, and warning others by providing a testimony to secure a complexity of diversity in education continues as I look at the importance of access, applicability and provide a warning.

Silos compartmentalized many of the decisions carried out which influence our education system as much of the real history of our country has been erased.  These silos prohibit entrance to many people of color, as we are not asked to attend sessions that affect us; resulting in books that document riots of Watts but not the massacre of Tulsa or the horrific medical experiences conducted on black people from syphilis to sterilizations. State and national committees exist that we are unaware we can join.  Tenure rules are steeped in secrecy and politicized.  Growing up, we heard “a mind is a terrible thing to waste,” so to succeed—‘get an education.’ This mantra was taught in the schools I attended, preached in our churches, and cuddled in our neighborhoods.  We knew change happened in a room somewhere.  The rooms where ideas were presented, questions asked, and charters drawn were as gerrymandered as legislative districts denying entry. A knee on many people of colors’ necks is the key to these rooms. It is essential we understand the importance of getting to the room, how to find a way to navigate to the door, and then use the key.

Once we get to the door and someone allows us in the room, the work continues as a collective responsibility for all at the table.  We “hear we’re on this earth because God is not finished with us.”  Once at the table the work begins as we ascribe with diligence that acknowledges the caste Isabel Wilkerson discusses which we have either ignored or sanitized as part of history (Wilkerson, 2020). We make it a part of the deliberate discourse toward improved equity among us as we seek to: improve diversity; our schools; and continue the work our ancestors worked hard to achieve so others have an opportunity to be at the table and avoid the “soft bigotry of low expectations.” Our standing or rather being seated at the table requires us to make the curriculum which becomes our legacy something we are proud of. Unpack the truth like Isabel Wilkerson does in Caste. Challenge the students we teach to become idols we revere; tear down the consequences of statues built from laziness, discord, and apathy.  Speak up. Challenge those around the table who look like us. Challenge those who might like us to forget “the dream” and remind them being in the room is more than being a credit to our caste.  Make others realize as long as someone doesn’t have equal access to an education our fight is not over.  Knowing what it took to get in the room makes us resolve to fight to stay at the table and commit to making a difference.

For the last 59 years, we’ve focused on statistics that tell us fewer and fewer males are going to college; the disparity between non-white students and white students is growing.  The recent pandemic augmented some of these disparities as we saw how vast the technological divide is as we have had to teach remotely, making our tasks more herculean.  As tuition skyrockets, we must address “Et tu Brute.” Are we responsible?  Here’s my warning.

Until we grapple with the importance of getting to the table and challenge ourselves with the responsibility to “give back” at the table, we have not overcome.  My cautionary warning, if while at the table, you notice you are the only one representing your caste, gender, or ethnicity and you don’t have a plan for someone to replace you when you leave, we will have to start over. Time is running out.  Plan now, not for your departure, but for your replacement.  As Reverend William Barber spoke on former Mayor and future Secretary of transportation Pete Buttigieg’s podcast (Barber, 2020) he addressed moving forward where we refuse “to take one step back.” If we step back, we lose the momentum and the story I told that happened 50 years ago [which is not being replicated now] is because there was no plan for a sequel or a replacement at the tables throughout our campuses when the ‘only ones’ at the table departed.

It’s a George Floyd moment when we as educators understand this warning; be willing to keep it from recurring, as Vice-President Kamala Harris accepted her mother’s challenge in her acceptance speech, “I may be the first, but won’t be the last.”

That’s the warning. Be sure you’re not the last.

Dr. Archie Wortham is foremost a father and a husband, as well as an educator and writer. He has taught over 40 years in elementary, middle school, high school, and for fourteen colleges, universities, and institutions of higher learning on two continents, including the United States Army. A full professor at Northeast Lakeview College, Dr.  Wortham currently teaches speech where he developed the first males’ only college speech course taught in the Alamo College District. With his cutting edge idea, Dr. Wortham was a pioneer as there are few if any ‘male-only’ classes taught at the college level in the nation.  Retired military, he has received NLC's highest award the "Spirit Award," Starfish Award for teaching excellence, San Antonio Chapter’s NAACP “Change Maker,” and was NLC's first Teacher of the Year. 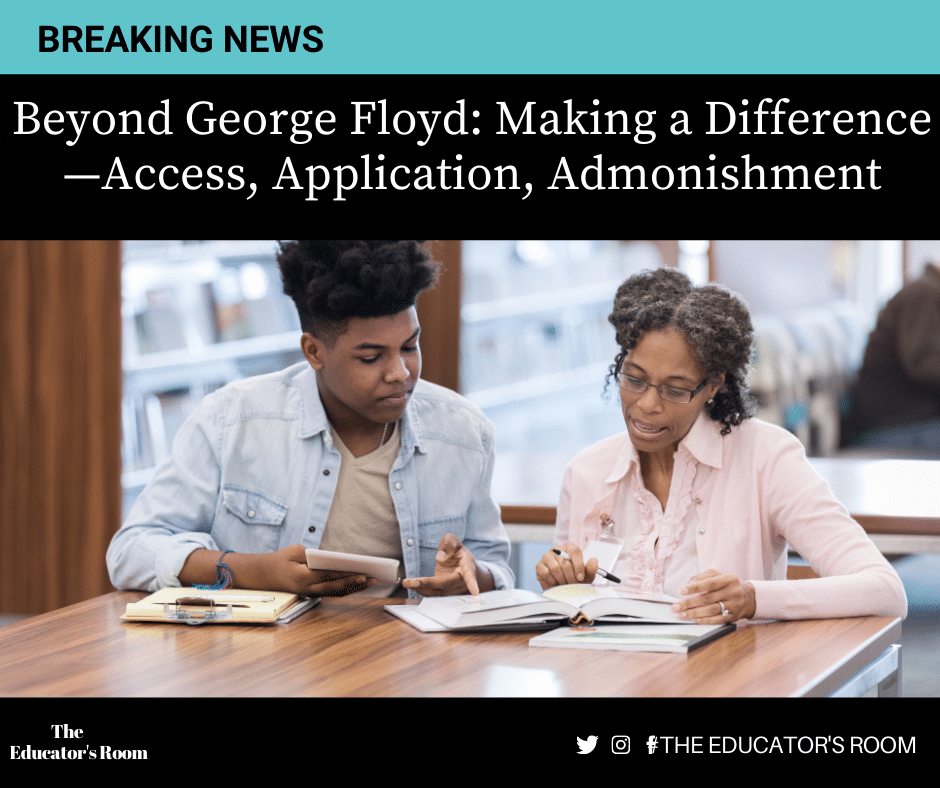 NCEI. (2005). Profile of Teachers in the US 2005. Washington, DC: National Center for Education Information.

Wilkerson, I. (2020). Caste: The Origins of Our Discontents. New York: Random House.

Wortham, A. R. (2009). Importance of Paternal Involvement in the Education of their Children: How Fathers Communicated the Value of Education to their Sons. Saarbrucken, FRG: VDM Publishing. 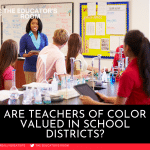 Are Teachers of Color Valued in School Districts?

One Future of K-12 Education: From the Factory to a Personalized Model
« Being a First Year Teacher During a Pandemic: A Survival Guide
How the Expiration of Emergency Paid Leave Will Cripple Schools »