“What are you supposed to be doing right now?” I crossed my arms and cocked my head to look at a group of girls gathered on the rug. I was working with a small group. The girls froze. Then with a flurry, they went back to desks to work independently on their reading contracts. That was it. No cute banter, no pouting, and especially no excuses. They knew what interrupting a small group would mean. They would have to sit with the group I was working with and participate. It meant they wouldn’t finish their work and it would become homework. Unless you were about to vomit or someone was bleeding, no interruptions.

Consistency has two definitions. The first is a routine way of doing something. Yes, we had regular routines in my classroom. Rewards and consequences were part of the consistency. There was a continuity of practice and clarity in my expectations. But consistency was the skill that made authentic learning possible in my classroom.

Let’s use my favorite pie crust analogy. If you use too much pressure or work the crust too much before you roll it out, it becomes hard and tasteless. These are the classrooms ruled by an iron fist. The teachers who use anger or shame produce crusts that are stiff and flat. Too little working makes a lumpy and unpredictable crust. You know these rooms. Wild, out of control, and the poor teacher is often clueless why no one ever listens. Perhaps even worse are the pie crust where both techniques are used interchangeably so no on ever has an inkling which type of crust they will bite into. A gentle fingertip touch with just enough pressure is the trick to creating something light, flaky and tasty.

One trick I learned was avoiding being the judge to classroom behavior. I tired never to use the phrase “I like the way…” or “I love how…” Try this in your room one day. When only a few students are doing what they are supposed to be doing, announce to the class “I notice five people are ready for math (or whatever).” Watch what happens. You will suddenly have fifteen people ready. Then twenty. Even your perpetual straggler will hurry to be one of the people you notice. Don’t name names. Just count who is ready. It’s astonishing. That is the gentle fingertip touch.

In my second grade class, we discussed then practiced what to do when they were done with their work. It had to be learning but be fun to make it an incentive to finish on a timely basis. It became part of the routine. It was a reward for hard work.

Consequences had to be related to the misbehavior. If you drew on your desk, you had to wash it. If you drew on it everyday, you washed it each time. If this was becoming a simple work avoidance practice, I had a meeting with the child and we tried to come up with a better solution. I know some teachers who would have the child wash every desk in the room. In my mind, that is just to shame the student and it is unproductive. It has to be relevant. Overdoing consequences make children fearful to take risks, to be imperfect. I believe imperfection is a blessing not a curse. It frees you up to learn from your errors.

Rewards and consequences need to be, you guessed it, consistent. If it is the consequence on Day 8 of the school year, it needs to be the consequence on Day 88. If it is the reward for Sweet Sue, it is the reward for Stan the Stinker. Yes, it takes a slow and steady rhythm to build this into your classroom but the payoff after a few weeks is astonishing. You will always have a few children who have to test and retest limits but the other 20-some kids will know how to fall into line with a simple reminder.
I never allowed children to negotiate or argue with me about a consequence when I gave it. If they had a problem with it or felt it was unfair, they were allowed to talk to me privately at a quiet time in a respectful way. I would listen and if I felt the consequence needed to change, I had no hesitation to do so. If another busy body questioned why someone got off, I simply said that we had discussed it and it was settled. Then I reminded them it was really not any of their business.

While consistency is a wonderful skill to learn that will make your life easier, there is another side to it. Kids with behavior problems or who come from troubled homes need the stability your consistency gives them. You are giving them someone who will react the same steady way each time. You are handing them a safe place to let their guard down and be themselves. That is one sweet piece of pie. 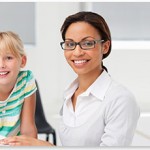 12 Tips for Maintaining Classroom Self Control

What to Do About Your Perpetual Motion Student
« Looking Back on a Terrible Week: Teachers Killed in the Line of Duty
Teachers Who Won't Be Silent Anymore: Lauren Hopson - Pt. 1 »