The destruction of the School District of Philadelphia began in 2001. That was the year when the schools were in serious financial trouble. The lack of funding had two culprits. Philadelphia’s City Council was not interested in raising real estate taxes to help the district. Pennsylvania’s state legislature has never wanted to seriously fund Philadelphia schools. So a deal was made. The mayor agreed to allow the state to take over Philadelphia schools to ease the fiscal crisis. This was when the School Reform Commission (SRC) was born. The SRC was to have five members – two appointed by the mayor and three appointed by the governor with the consent of the state legislature. Just like the disbanded school board, the SRC had no power to raise revenue. It could only oversee the district’s budget.

As you can imagine, the next few years brought constant change but little infusion of funds. Schools that didn’t perform well on standardized tests were slated to be “turned around” under a variety of cute names. Some schools had a large portion of their faculty replaced. Others were given new administration. Still others were slated to be turned over to outside managers. Some became charters. The worst however was yet to come.

The destruction of the district continued as more schools were turned over to outside managers. Most of these managers were set up as non-profits who were not only paid for their services but were also allotted more money per pupil than those schools that remained under district control. This set up an unequal comparison of district run schools with smaller budgets to those with outside managers and more money. Few of these managers had success and eventually their contracts were terminated.

The next wave of destruction took place when more schools began to fail. It was decided that many of them would become charter schools. Originally parents and community members were allowed to get together and write proposals for a charter for their neighborhood school. It soon became obvious that charters were being awarded only to those who had connections to companies that would help run the charter. But how much of the money going to these groups was actually spent on educating children.

The charter boom led to several scandals. Some were investigated by the FBI and shut down. A few of the charter operators ended up in jail and one committed suicide before he could be arrested. One would think that these scandals would have slowed down the number of new charters, but it didn’t.

By now you might be wondering what the teachers had to say about all of this. Well they have been fighting for some time to get a moratorium on new charters. They have also fought to restore cuts to district run schools which included counselors, librarians and nurses. Unlike what often happens when teachers put up a fuss, the parents backed them.

The reaction of the SRC was to refuse to negotiate with the teachers’ union. Arbitrators were brought in to settle a contract. The union accepted those decisions but the SRC did not. Instead they went to court to fight the arbitration decisions spending precious district money on lawsuits. Finally in 2014, the SRC decided to scrap everything in the last contract that teachers had agreed to work under and imposed changes to salary as well as working conditions. The short story to this two year court battle is that the Pennsylvania State Supreme Court recently found that the SRC was not allowed to unilaterally void the contract.

The district is still on the brink of destruction. The SRC is not negotiating a new teacher’s contract in good faith. Teachers who have begun their careers in the last two years or so are leaving in alarming numbers. There has been a serious lack of substitute teachers. Several charter schools have closed down without warning because it is no longer viable for them to stay open teaching the number of poor children and those with special needs attending Philadelphia public schools. And the current superintendent who earns a salary of $300,000 per year had his contract extended two years before it was to expire for an additional five years at the same salary. He is now guaranteed this salary until 2020 in spite of the fact that there is no improvement in many district schools and few of the interventions he has instituted have helped improve schools.

When I started this article I wondered if using the word "destruction" in the title was fitting. After writing the last paragraph I can say it is. You see the school district that existed in 2001 when this all started had problems but there were neighborhood schools that children could go to. Many of these were closed and the buildings were turned over to charter schools that had open enrollment for the entire city. Neighborhood children often found themselves having to travel a distance to go to their new school because they didn’t win the charter lottery. For me the destruction of neighborhood schools especially elementary schools is not progress.

Are any of you experiencing anything similar to this where you teach? If so, please share with me in the comments. 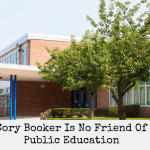