Even though Banned Books Week  has officially passed, you don't have to restrict talking about censorship to just one week of the school year. In fact, I would encourage you to discuss censorship and why books might be challenged throughout the school year, not just for a week in September. I actually like to keep banned books on permanent display in my eighth grade classroom. Since my students choose 95% of what they read for my class, I believe constantly keeping the idea of challenging books and their content in a prominent place in my class helps students to think critically about what they are reading. The first thing students see as they enter or exit my class...or even just walk by my room since my door is almost always open...is that I have a big "Banned Books" poster on my door. It lists a dozen or so books--mostly classics--that have been challenged and/or banned somewhere. Students eyes get wide when they realize that they have already read books on the list like Harry Potter and Bridge to Terabithia. The next question becomes, "Wait? We are not supposed to read those books?!?" This opens the door for us to discuss what being "banned" means and to talk about why someone would challenge a book. We also talk about how none of the books on the poster are banned in our district and that, in fact, we teach quite a few of them in class.

I get more pointed in our discussion during Banned Books week. We have quick writes  and pair-shares about the poster, the word "banned", and why they think a parent would want to have certain books removed from school libraries or curricula. I also try to find an article written that year for Banned Books week for my students to read and respond to. This year I shared a Time article entitled "What the List of Banned Books Says About Our Society's Fears." After they read the article, they wrote about it and we discussed it as a class.

I also created a display from my classroom library of all the challenged books I had available for check out. Each day of Banned Books week, I book talked one or two of them. I also put post-it notes on each of the books with the reasons why it was challenged and/or banned. Students quickly checked books out eager for all the swear words and sex they thought they would encounter. We had great discussions later about how everything was way milder than they had expected. Many chose to write in their response notebooks about how they thought it was ludicrous that anyone would challenge a book like Thirteen Reasons Why by Jay Asher or The Absolutely True Diary of a Part-Time Indian by Sherman Alexie. My students were able to think critically and express themselves about why parents may not approve of some of the language, but why the content of books like Speak by Laurie Halse Anderson and George by Alex Gino are so important for kids their age to read.

We had small group discussions--almost like book clubs--about our books that we are reading and I had them tell the group whether or not they think their book would be challenged (or if it already has been) and why. They discussed why strong language can help...and hurt...the content of the book. One student even said of the book Winger by Andrew Smith, "at first I picked this book because someone had said it had lots of swearing and I thought that would be funny. And the book is totally funny, but not because Ryan Dean swears. Ok, some of the swearing is funny. But the swearing in it is in there because the kid goes through hard stuff and he talks like, well, a kid. I don't really pay attention to the swearing anymore actually. Ok, yes I do when it's funny. But that isn't why I keep reading the book."

Last year, after we read The Giver as a whole class, a student wrote, "I cannot believe this book is on the banned book list for sexual content. That is totally ridiculous! In fact, some of the people in our class totally missed the part where Jonas had that racey dream and how he had to take pills to get rid of this lusty thoughts. There is not even any actual sex in the book! Just a naked chick getting washed in a tub. Even writing that down seems more saucy than it really was in the book. Adults can be so lame not to trust that us students can handle something like that."

It has become routine for me to ask my students, "Is there anything about the book you're reading (or we are reading) that you think would be challenged? Why?" Asking them this question gets them to think beyond mere summary of what they read and into the author's craft. It also helps them to critically evaluate those choices the author makes. 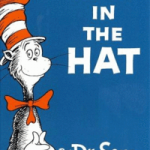 Close Reading and Deep Thinking = "Textploration"
« Stress and Mess: Deliberate Practice and Professional Obligation -- Part I
The Destruction of a School District »