In 1987, Congress declared March as National Women's History Month with loads of fanfare and every year since a special Presidential Proclamation is issued which honors the extraordinary achievements of women. However, how does that look in our classrooms? What books can we use to teach students about the extraordinary contributions of women in our society?

One way is to introduce books to elementary students that will peak their interests. See a list of some great books to use with students in your class. 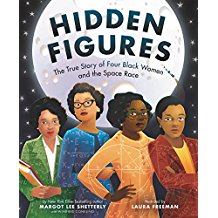 Hidden Figures: The True Story of Four Black Women and the Space Race

They participated in some of NASA's greatest successes, like providing the calculations for America's first journeys into space. And they did so during a time when being black and a woman limited what they could do. But they worked hard. They persisted. And they used their genius minds to change the world.

In this beautifully illustrated picture book edition, we explore the story of four female African American mathematicians at NASA, known as "colored computers," and how they overcame gender and racial barriers to succeed in a highly challenging STEM-based career.

I Am Enough by Grace Byers and Keturah A. Bobo 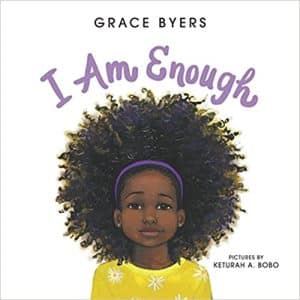 I Am Enough is the picture book everyone needs

This is a gorgeous, lyrical ode to loving who you are, respecting others, and being kind to one another—from Empire actor and activist Grace Byers and talented newcomer artist Keturah A. Bobo.

This is the perfect gift for mothers and daughters, baby showers, and graduation.

We are all here for a purpose. We are more than enough. We just need to believe it.

She Persisted by Chelsea Clinton 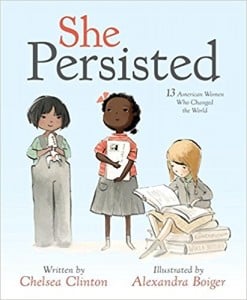 Chelsea Clinton introduces tiny feminists, mini activists and little kids who are ready to take on the world to thirteen inspirational women who never took no for an answer, and who always, inevitably and without fail, persisted.

Throughout American history, there have always been women who have spoken out for what's right, even when they have to fight to be heard. In early 2017, Senator Elizabeth Warren's refusal to be silenced in the Senate inspired a spontaneous celebration of women who persevered in the face of adversity. In this book, Chelsea Clinton celebrates thirteen American women who helped shape our country through their tenacity, sometimes through speaking out, sometimes by staying seated, sometimes by captivating an audience. They all certainly persisted.

With vivid, compelling art by Alexandra Boiger, this book shows readers that no matter what obstacles may be in their paths, they shouldn't give up on their dreams. Persistence is power. (Description from Amazon.) 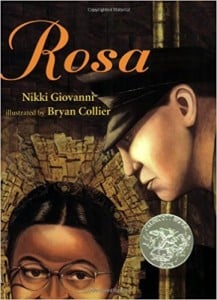 Fifty years after her refusal to give up her seat on a Montgomery, Alabama, city bus, Mrs. Rosa Parks is still one of the most important figures in the American civil rights movement. This tribute to Mrs. Parks is a celebration of her courageous action and the events that followed.

An elderly African American woman, en route to vote, remembers her family’s tumultuous voting history in this picture book publishing in time for the fiftieth anniversary of the Voting Rights Act of 1965.

As Lillian, a one-hundred-year-old African American woman, makes a “long haul up a steep hill” to her polling place, she sees more than trees and sky—she sees her family’s history. She sees the passage of the Fifteenth Amendment and her great-grandfather voting for the first time. She sees her parents trying to register to vote. And she sees herself marching in a protest from Selma to Montgomery. Veteran bestselling picture-book author Jonah Winter and Coretta Scott King Illustrator Award winner Shane W. Evans vividly recall America’s battle for civil rights in this lyrical, poignant account of one woman’s fierce determination to make it up the hill and make her voice heard.(Description from Amazon.) 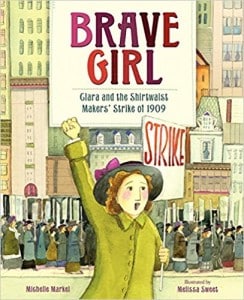 This picture book biography about Ukrainian immigrant Clara Lemlich tackles topics like activism and the U.S. garment industry. The art, by Caldecott Honor winner Melissa Sweet, beautifully incorporates stitching and fabric. A bibliography and an author's note on the garment industry are included.

When Clara arrived in America, she couldn't speak English. She didn't know that young women had to go to work, that they traded an education for long hours of labor, that she was expected to grow up fast.

But that didn't stop Clara. She went to night school, spent hours studying English, and helped support her family by sewing in a shirtwaist factory.

Clara never quit, and she never accepted that girls should be treated poorly and paid little. Fed up with the mistreatment of her fellow laborers, Clara led the largest walkout of women workers the country had seen.

From her short time in America, Clara learned that everyone deserved a fair chance. That you had to stand together and fight for what you wanted. And, most importantly, that you could do anything you put your mind to.

This picture book biography about the plight of immigrants in America in the early 1900s and the timeless fight for equality and justice should not be missed.

This is the Rope by Jacqueline Woodson 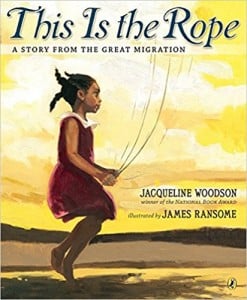 During the time of the Great Migration, millions of African American families relocated from the South, seeking better opportunities. The story of one family’s journey north during the Great Migration starts with a little girl in South Carolina who finds a rope under a tree one summer. She has no idea the rope will become part of her family’s history. But for three generations, that rope is passed down, used for everything from jump rope games to tying suitcases onto a car for the big move north to New York City, and even for a family reunion where that first little girl is now a grandmother. 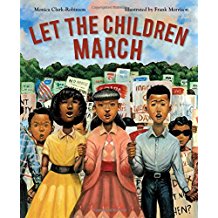 I couldn't play on the same playground as the white kids.
I couldn't go to their schools.
I couldn't drink from their water fountains.
There were so many things I couldn't do.
In 1963 Birmingham, Alabama, thousands of African American children volunteered to march for their civil rights after hearing Dr. Martin Luther King Jr. speak. They protested the laws that kept black people separate from white people. Facing fear, hate, and danger, these children used their voices to change the world. Frank Morrison's emotive oil-on-canvas paintings bring this historical event to life, while Monica Clark-Robinson's moving and poetic words document this remarkable time.
(Description from Amazon.)

The Librarian of Basra: A True Story from Iraq byJeanette Winter 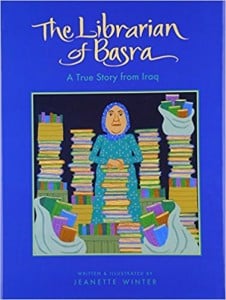 Alia Muhammad Baker is a librarian in Basra, Iraq. For fourteen years, her library has been a meeting place for those who love books. Until now. Now war has come, and Alia fears that the library--along with the thirty thousand books within it--will be destroyed forever.

In a war-stricken country where civilians--especially women--have little power, this true story about a librarian's struggle to save her community's priceless collection of books reminds us all how, throughout the world, the love of literature and the respect for knowledge know no boundaries. Illustrated by Jeanette Winter in bright acrylic and ink. ( Summary from 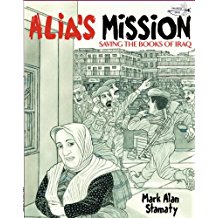 The inspiring story of an Iraqi librarian's courageous fight to save books from the Basra Central Library before it was destroyed in the war.
It is 2003 and Alia Muhammad Baker, the chief librarian of the Central Library in Basra, Iraq, has grown worried given the increased likelihood of war in her country. Determined to preserve the irreplacable records of the culture and history of the land on which she lives from the destruction of the war, Alia undertakes a courageous and extremely dangerous task of spiriting away 30,000 books from the library to a safe place.
Told in dramatic graphic-novel panels by acclaimed cartoonist Mark Alan Stamaty, Alia's Mission celebrates the importance of books and the freedom to read, while examining the impact of war on a country and its people.

The Classroom as a Transformative Space 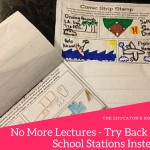 No More Lectures - Try Back To School Stations Instead

Some Advice on Writing College Essays
« Using Popular Music in the Secondary Classroom
You Are NO Education Expert…UNLESS You Have Done THIS! »