Why is the discussion of race or gender so fraught with stress? Recently more than 1,000 educators were forced to grapple with the aftermath of a misinterpreted welcome speech at the annual AP World History (WHAP) score reading. Within a day of his opening address, the Chief Reader gave a public apology, acknowledging his remarks and actions as culturally and racially insensitive. This was followed with an another apology letter from ETS (Educational Testing Services) with a continuing commitment to "to follow rigorous sensitivity guidelines and standards" and to prevent such future actions. How did such a politically correct community of educators fall short of respect? But more importantly, did my own inactions contribute or negate the complexities of race relations?

Educators collaborate annually to read and score World History AP essays. Training public and private school teachers, college professors and research graduates to score 243,000 essays written by high school students objectively is complicated. Every year, ETS and the College Board commit to this process. They hire a team of table leaders who acquaint themselves with one of three essay questions and develop rubrics for objective scoring. High school students bring a myriad of interpretations to each question, thus educators are partnered and back read by table leaders to prevent partiality in scoring. Serious debate ensues over how history should be taught to prevent careless misconstruance. For example, students commonly referred to those who practice Islam as Islams instead of Muslims. Students wrote freely about European histories but cautiously avoid writing about histories of Africa prior to colonialism. As educators, we recognize the implications of sectarianism, racism and prejudice. We exude cultural sensitivity and yet our standards were low bar according to this rant posted on angryasianman.com.

Nothing like racial and cultural mockery and some good ol' orientalist fonts to commemorate a week of educational testing. Was any of this really necessary? This is like the nerd educator's version of a racist-theme frat party

In addressing the Document Based essay question concerning communist forces in 20th century China, a red t-shirt was designed for purchase with caricatures of former Chinese communist leaders on the front and an iconic Cultural Revolution campaign on the back. The image of a man in overalls and cap points and leading the crowd of comrades with Mao's heading floating above them. Underneath font replicating Chinese characters states: APWH Students Sent Readers to Struggle Begins! This and a remark by the Chief Reader, I vaguely remember, alluded to an image of Tank Man, from Tiannamen Square, 1989 with, "no one wants to be that guy" sparked the initial outrage. The purpose of lightening the mood and exciting everyone to grade 100+ essays daily was marred.  We mused over this all week. Does an apology for an in-deliberate action affirm racism or is it a process for moving towards constructive dialogue?

What does constructive dialogue actually look like? Angry Asian Man confounded my confusion. He did not attend the reading yet posted on behalf only of slighted Asian Americans. His blog denigrates what was viewed as a dominant White culture but did not recognize reader's reactions from other social groups. I understood the dark humor of the shirt and the speech to be directed against communism in China not Asians. I too, connected to the image of Tank Man in a way that left me wondering if I understood that event at all.  "That guy" was an anonymous man with bags of groceries attempting to quell military action against civilians with civil disobedience. A martyr in the wrong place at the right time is someone no one wants to be. Could I do the right thing when faced with the challenge? China's censorship of this story leaves us in the dark and I believe that deserves mockery.  I relate to humor as a means for moving forward on complex issues. I began to find examples of projects that do more than rant or apologize.

Social media provides the perfect vehicle for bumping over dialogues and merging into progressive internet traffic. If the point of dialogue is to to solve problems, Michelle Norris' applaudable Race Card Project has been that vehicle for collecting, condensing and processing individual experiences, positive and negative, into six word sentences. Since 2010, it has received a Peabody award, a partnership with ProPublica and contributions by tens of thousands people worldwide. As the site proclaims, "despite America’s consternation or cowardice when it comes to talking about race, I seemed to have found auditorium after auditorium full of people who were more than willing to unburden themselves on this prickly topic."

My experiences with gender discrimination had me focus on the fallacies of being a girl more often than the rewards. The advice of Sheryl Sandberg's team at Leanin.org  would have me ignore stereotyping and encourage me to utilize resources that change conversations from "what we can't do to what we can".  People are listening. The company known for feminine menstrual products, Always, launched an internet campaign targeting the unintended outcomes of taunting. Investigating people's opinions of what acting like a girl means, followed with Twitter, #likeagirl turning this traditional misnomer on its head.

Wait for it... John Green's Crash Course has made sardonic humor synonymous with global history, at the expense of the Mongols into each episode. He has yet to address the Steppe cultures of Asia separate of their imperial past but he expertly thrusts aside Eurocentrism and set a high bar for anyone in need of  basic understandings of the world before World War II.

GamesForChange.org (G4C) which gave students "Dumb Ways to Die" was originally founded to facilitate the creation of social impact games that increase humanitarian efforts. Who hasn't played "Rice?" I used "Guess My Race" as a formative class discussion tool last year. Students still talk about it.

American plurality is messy but strong enough for apologies and laughter. While deliberate injustice deserves punishment, making mistakes by moving forward is the process. It is what we tell students in the classroom.

Twitter PLNs -Because Solutions in Education Must Include Teachers 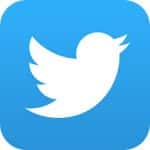 4 Ways to Use Twitter to Connect at Educational Conferences