“…and what is that award for?” the boy asked pointing to the right corner of the book.

I was showing students in a 2nd grade class the cover of the picture book Last Stop on Market Street, written by American author Matt de la Peña and illustrated by Christian Robinson.

“It has so many awards….and it’s only a few months old,” his classmate noted.

This fall, I have been reading Matt de la Peña’s story to students in different elementary grade levels.

The students are hooked from the beginning when the picture book’s hero CJ bursts through the church doors, and into the rain that “smells like freedom.”

They notice the white trunks of the birch trees, drawn to look like they are “drinking through straw.” They like Nana’s sharp retort as she grows irritated with CJ’s questions.

“Boy, what do we need a car for? We got a bus that breathes fire.”

These repeated readings have made me aware that that CJ’s journey is a sophisticated journey. CJ travels through an urban landscape, a setting that is familiar to these students, but combined with same fantastic elements of an archetypal narrative pattern known as The Hero’s Journey.

The Hero’s Journey or mono-myth was introduced by Joseph Campbell an American mythologist, who wrote in his most famous work The Hero with a Thousand Faces (1949):

“A hero ventures forth from the world of common day into a region of supernatural wonder: fabulous forces are there encountered and a decisive victory is won: the hero comes back from this mysterious adventure with the power to bestow boons on his fellow man.”

This narrative pattern of myth and legend has been followed by other characters on journeys. In the literary canon there are many examples such as  Odysseus (The Odyssey) and Bilbo Baggins (The Hobbit). The same narrative pattern is seen also in film with Dorothy in the Wizard of Oz and Luke Skywalker in the Star Wars trilogy.

Campbell drew parallels between these journeys of legend in literature and mythology with the journeys that everyday heroes make. He suggested that the everyone in life meets complications and obstacles, but it is the individual who goes through each of the stages and completes them successfully who society regards as a hero of any kind.

The Hero’s Journey follows a pattern of adventures that are generally organized in 12 stages. There is evidence that de la Peña’s little hero CJ experiences each stage, even in the short text (32 pages) of this picture book: 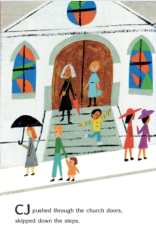 1. Beginning in the Ordinary World

This is where the hero CJ begins his journey, oblivious of the adventures to come. We learn his shortcomings; he complains  (“How come we don’t got a car?”) and he lacks the imagination of his Nana (“…he never saw a straw.”).

CJ’s adventure is a call to action, but the action is not clear until the end of the story.

3. Refusal Of The Call

Standing at the bus stop, CJ is uncomfortable.“How come we gotta…?” he complains to his Nana.

CJ’s  mentor figure is his Nana. She gives him whatever he needs: wise advice and self-confidence. She dispels his doubts and fears and gives him the strength and courage to continue his journey.

“Nana gave everyone a great big smile and a ‘good afternoon.’ She made sure CJ did the same.”

Climbing into the bus, CJ crosses the threshold between the world he is familiar with and that fantastic world which he is not. He climbs into the “…bus that breathes fire” and immediately the bus driver performs a magic trick with a coin.

As every hero on a journey, CJ  needs to find out who can be trusted and who can not, and these characters on the bus initially seem a little sketchy.

“They sat right up front.
The man across the way was tuning a guitar.
An old woman with curlers was holding butterflies in a jar.”

CJ is out of his comfort zone and is confronted with challenges that help the reader gain a deeper insight into his character. The characters he meets are illustrated: the guitar player, Bobo, and the lady with butterflies, the boys with earphones, the blind man, and the blind man’s dog.

7. Approach To The Inmost Cave

In the monomyth, the hero must make final preparations before taking that final leap into the great unknown. That comes about when the man with the guitar begins to play, and CJ follows the advice of a blind man:

“To feel the magic of music,” the blind man whispered, “I like to close my eyes.”

By closing his eyes, CJ experiences the monomyth's “metaphorical resurrection” that (literally) grants him the hero’s insight:

“And in the darkness, the rhythm lifted CJ out of the bus, out of the busy city.
He saw sunset colors swirling over crashing waves.”

During this stage, CJ is transformed into a new state, emerging with the prize or elixir. The background illustration by Robinson is not an urban landscape, but a full page spread of CJ’s imaginings. The prize or elixir is magic of music that activates his imagination.

“CJ’s chest grew full and he was lost in the sound and the sound gave him the feeling of magic.”

At this stage in this hero’s journey, CJ returns with his reward.  According to the pattern, he may still need one last push back into the Ordinary World. This is the moment before the Hero finally commits to the last stage of his journey,  the moment in which he must choose some higher cause. Here, CJ notices the “Crumbling sidewalks and broken-down doors, graffiti-tagged windows and boarded-up stores,” a stark contrast to the beauty that the elixir of music provided.

This is the climax of the picture book, the “a-ha” moment. Responding to his disappointment, CJ’s Nana tells him,

“Sometimes, when you’re surrounded by dirt, you’re a better witness for what’s beautiful.”

Her knowledge has far-reaching consequences to his ordinary world.

“He wondered how his Nana always found beautiful where he never thought to look.”

12. Return With The Elixir

This is the final stage of the Hero’s Journey, which is now revealed to have been a journey to a soup kitchen. On this journey, CJ has grown as a person; he has learned many things. He is a fresh hope to others, and, like his Nana, can offer a solution to problems.

The final reward that he obtains may be literal or metaphoric. Ultimately the hero CJ will return to where he started, but he has a new point of view, one of empathy.

You can see Matt de la Peña reading selections from the book here:

In proposing The Hero’s Journey, mythologist Joseph Campbell suggested that everyone goes through a series of challenges in life, but it is only the hero who successfully meets each challenge at each stage of the journey.  CJ is the literal and archetypal hero of Last Stop on Market Street, reminding all audiences, young 2nd graders, and adults, that the hero can be anyone who makes that challenging journey and who returns to bring hope to his or her community.

CJ’s reward is Nana’s approval to his statement, “I’m glad we came.”
She responds, “Me too, CJ. Now come on.” Teachers as Voice Over for the Student-Hero Journey 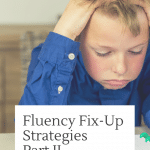 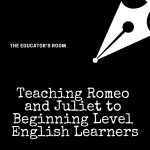 Teaching Romeo and Juliet to Beginning Level English Learners
« Teaching, Unions and Parenting in New York
Why "Letter from a Birmingham Jail" Still Matters in 2017 »