You’ve probably smoked it. You’ve at least been around people who have smoked it. If not, you’ve seen it smoked on TV or the movies and thought those scenes were hilarious, it’s okay, you can admit it. In 2018 there are now eight states who have legalized marijuana for recreational use among adults. These states include: Alaska, California, Colorado, Maine, Massachusetts, Nevada, Oregon, Washington, and the District of Columbia. Surely, now that marijuana is legally available for adults in these states there are implications for teachers and students.

Since pot is regularly available and more socially acceptable in these states, I am left wondering how this affects the students and what sorts of changes are teachers seeing in the classroom?

Consequences for possession of weed are more lenient

According to the article, “Marijuana legalization and its impact on schools,” from District Administration Magazine, in Colorado, prior to the legalization of pot in 2012, students would be expelled for having marijuana on them at school. Now, it’s treated more like alcohol possession, and students are suspended before they are expelled.

Another factor to consider is that it is more difficult for school personnel and local police to test whether a student is under the influence of marijuana as opposed to alcohol. So, if a student comes to school and a teacher suspects that they may be high, it is a lot harder to prove than if a student comes to school drunk. Local police departments could have a student take a urine test, but any pot they have smoked within the last few days or weeks is likely to show up, so it wouldn’t necessarily indicate that the student was under the influence of marijuana on that day.

According to Christopher Ingram in a 2016 article in the Washington Post, the short answer to this is- no. The latest data from Colorado shows that students are not smoking more pot since it was made legal for adults. In fact, marijuana use by students in Colorado is less than the national average. The article goes on to reveal why this may be, stating that “Nationally, roughly 80 percent of 12th-graders say that pot is easy to get. The kids who want to smoke weed are probably already doing so — and legalization would do little to change that.”

According to a 2015 article in NPR, Odette Edbrook, the health education coordinator for Boulder Valley School District in Colorado, says that they are working on how best to discuss the health implications of marijuana use with students. She states, “When it's legal for your parents to smoke it or grow it, that changes the conversation.”

In a 2016 article in LA Weekly, Jerry Otero, who is also the founder of Cre8tive YouTh*ink, a creative-arts, social-justice, youth-development organization, says that the current drug-education curriculum isn’t working, “According to the National Institutes of Health, more than 40 percent of teens try cannabis before they finish high school...Most curricula today focus on increasing the perception of [marijuana's] risk [via] scare tactics, resistance techniques, zero-tolerance policies and random drug testing.” He says instead, “drug education should focus on “honest, reality-based, harm-reduction education.”

So, maybe being honest with students about the effects of marijuana is the answer. Interesting.

There is plenty of data that suggests marijuana is harmful to the adolescent brain, hence the 21 or over limitation. According to Patti Neighmond’s NPR article, there is more and more evidence from leading scientists that shows regular marijuana use (described as once a week or more), “actually changes the structure of the teenage brain, specifically in areas dealing with memory and problem solving.” Clearly, this would affect a student’s performance in school, and there is plenty of evidence to show that students who smoke marijuana regularly, have lower GPAs than their peers who do not smoke pot.

Bottom line is just because pot is made legal, doesn’t necessarily mean students are smoking more of it. Just because it is legal for adults, doesn’t mean it’s safe and okay for students to use it. In fact, it can harm students’ developing brains and have negative effects on their memory and cognition. If you are caught with weed at school, just like with alcohol, you will still get in trouble and most likely face suspension. Health curriculums are becoming more honest, focusing on harm reduction instead of using scare tactics to keep students safe from marijuana usage. 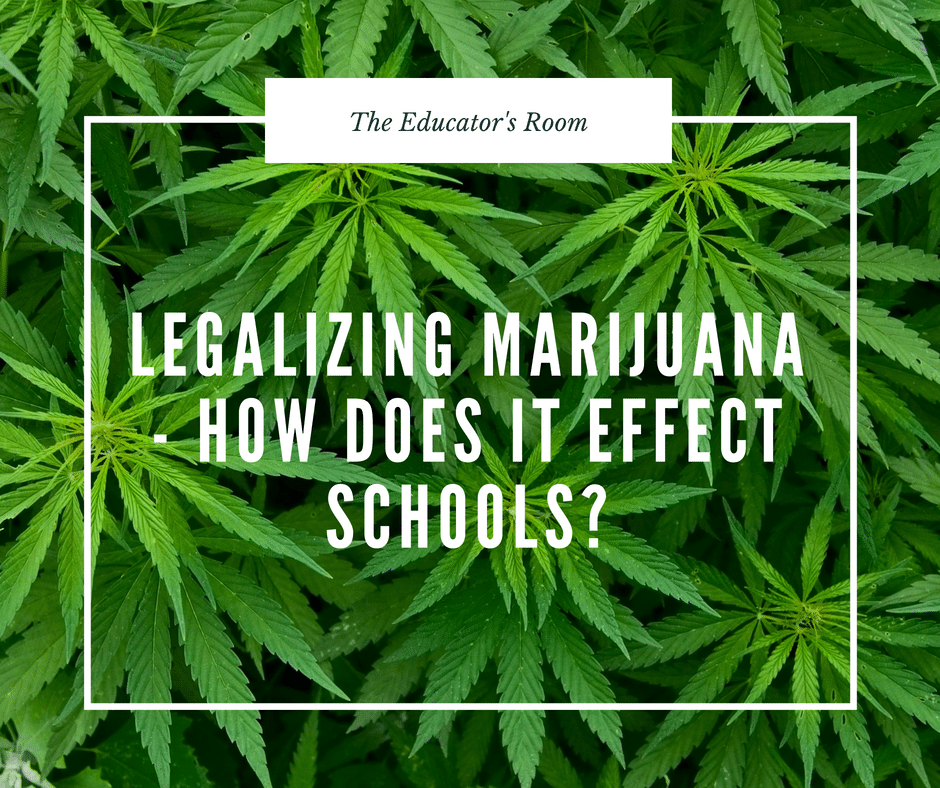 Margolin, Madison. “How Marijuana Legalization Could Change the Way Parents Talk to Their Kids About Pot.” L.A. Weekly, 30 Dec. 2016, http://www.laweekly.com/arts/how-marijuana-legalization-could-change-the-way-parents-talk-to-their-kids-about-pot-7223838 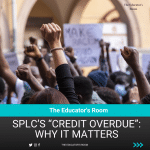 SPLC’s “Credit Overdue”: Why it Matters for Youth Offenders

Teach to the Rest: How the Pandemic Could Be the Best Thing for Education in 20 Years
« Mandy Manning Is The National Teacher of the Year We Need - And Deserve
Integrating Trends in Education: Lesson Plan Development for the 21st Century »