When I first started teaching it was 2004. The term “transgender” was rarely used. It was a term I may have heard in passing, but I never used it to describe any of the students in my school. As far as I knew, there were no students in my classes who identified as being transgender.

It wasn’t until 2015 when I had my first student tell me they were transgender and would like to be called by a different name. If I am going to be completely honest, it was hard for me at first. I fumbled a lot. I would get tripped up on the pronouns, and I accidentally used his birth name from time to time. But, the more I practiced using inclusive pronouns and his chosen name, it became easier. The next school year, there were two more students who had come forward as transgender, and within the last three years, I have seen more and more students identify themselves as transgender.

So, why now? What is happening that we seem to have more transgender students in our classrooms across the United States?

So, why now? What is happening that we seem to have more transgender students in our classrooms across the United States? Click To Tweet

According to Lindsey Tanner in a recent article in USA Today, some experts believe that Americans are becoming more aware of transgender issues and this awareness has led to more teens coming out, or to experiment with gender identification. In the last decade, transgender characters are included more on TV and on the news. From Caitlyn Jenner to characters on shows like “Orange Is the New Black,” “Shameless,” and “Roseanne,” transgender characters are seen and heard from more often. The presence of characters who are well fleshed out, with real-life problems, makes them more relatable and accepted.

With this new acceptance, schools are seeing students finding it easier to identify as transgender, gender fluid, or non-gender binary. According to a 2016 article in NPR about the HBO documentary “The Trans List,” one transgender student explained that “Kids and just young people, in general, are usually a lot more, I guess, open-minded to change. Especially when you're really little in elementary school, you don't expect a lot of things from people, so if somebody says, "I'm switching genders," you're just sort of like, "OK, that's new. But cool."

What can Teachers do to better support Transgender students?

Since discrimination based on gender identity in schools violates Title IX of the 1964 Civil Rights Act, teachers may need to brush up on their inclusive strategies for all students. According to Allie George from The Guardian, 90% of primary and secondary school staff have had no training to support LGBT students. It is important for teachers to support all students, especially our most vulnerable ones. When a student does not conform to gender-based stereotypes; a boy does not act “masculine” enough or a girl does not act “feminine” enough, they can be teased and bullied by other students. This teasing can start as early as Kindergarten or even before. It is important for teachers and staff members to be aware of this cruelty, and step in when needed. But more importantly, teachers need to create environments that are welcoming and inclusive to all students, and this includes an acceptance of gender diversity.

Where Can I find out more?

The American Psychological Association has resources for educators who wish to ensure that their transgender or gender diverse students’ rights are being upheld, Tips for a safe and supportive school environment  as does the organization, Gender Spectrum, Gender Spectrum which also offers professional development to help institutions better understand the evolving conceptions of Gender identity and the impact it has on schools.

While students are gaining the strength and courage to live their truths, schools will need to work to become institutions that recognize and honor gender diversity. 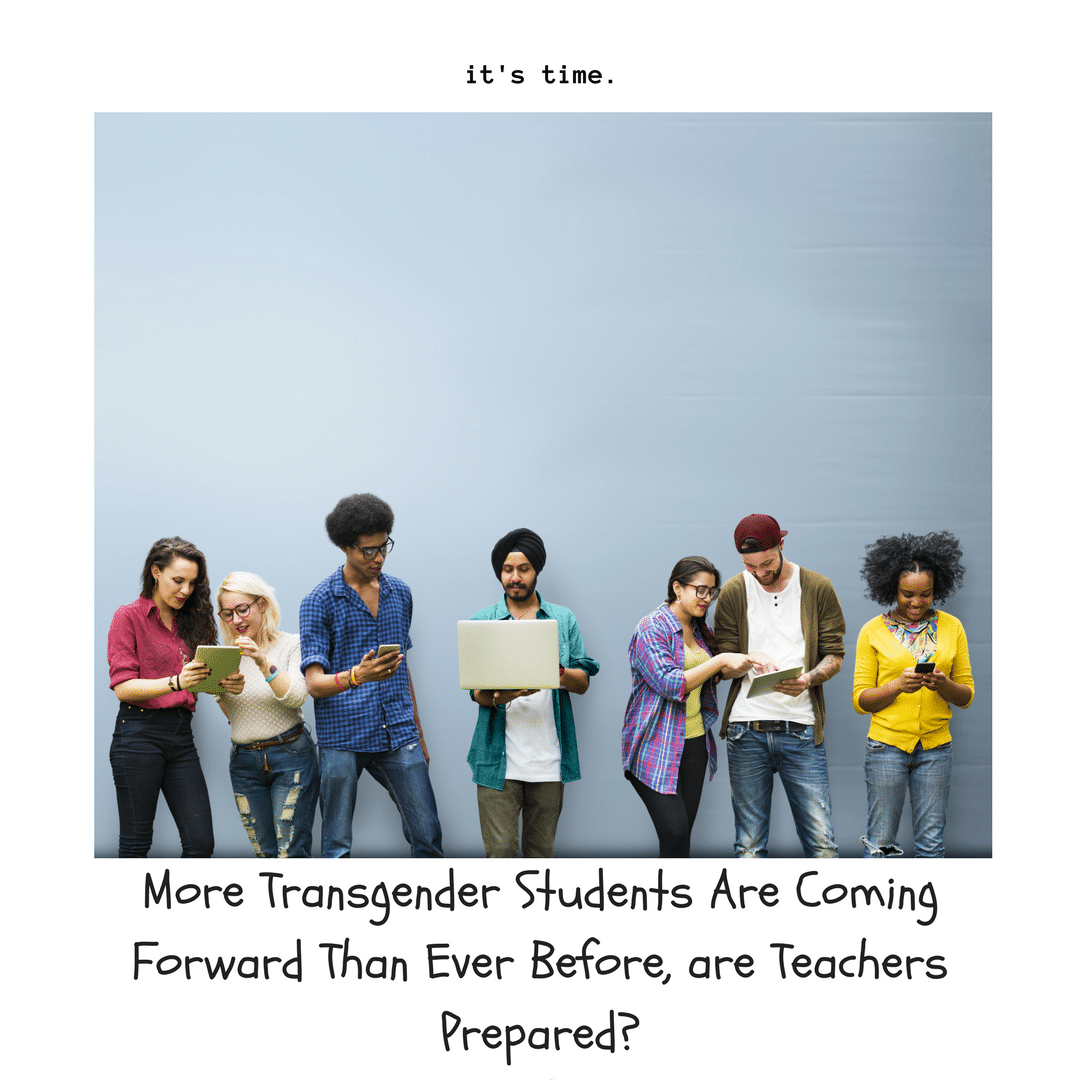