Nancy Easton, my pastor, began this week's sermon (words / audio) with a clip from Mr. Roger's Neighborhood. The man who graced public television from the late '60s through the early millennium drew full attention from an equally diverse audience that was, at the least, aware of the impact of Fred Rogers, and, at most, daily childhood companions of his. His simple invitation - "won't you be my neighbor?" - set the tone for the Gospel story of the Good Samaritan. This parable contains the tale of a non-believer who stops to help a believer, even though other believers passed him. The message "love thy neighbor" was what was meant to be carried home. As I drove there, thinking through and discussing the message with my wife, I realized something: schools are helping us to choose our neighbor.

The dividing lines between school districts make for dividing lines between neighbors. It's not just about rooting for the same football team on Friday nights, it's about paying school taxes, investing in the home community, and raising up the next generation. For some, that's been a tradition of living in the same, wonderful educational environment for decades. For others, arriving at these places secures that "they made it." And, for others, they're stuck in an environment that's been brain-drained beyond capacity.

Much of the time, these lines also include race. In my area, the dividing line is the Susquehanna River. On one side of the river, "the West Shore," it's no secret that our schools are quite successful. They're also quite white. On the other side of the river, there are three severely depleted and struggling school districts. They are overwhelmingly black and Hispanic. And the citizens who can afford it are leaving as fast as they can.

A cool 62-years after Brown v. Board racially desegregated schools, we've chosen to segregate ourselves again with our feet. We've stopped asking "won't you be my neighbor?" - and instead moved homes to choose those who are similar to us or to whom we want our children to associate with.

This couldn't be more difficult for some black families who are able to climb up the social ladder. They could choose to move to predominantly suburban schools at the risk of alienating themselves as "Uncle Toms" (that term's been thrown around lately plenty by African-Americans at one another), or staying with what they know.

This also applies to an increasingly divisive political climate that centers on state lines. Conservatives and liberals alike are moving more frequently to communities (and states) that "think more like they do." There's comfort in bashing your elected officials when you're on the same "team" instead of having a conversation about them.

For a world that's growing so diverse and globally connected, we certainly have small circles of homogeneity in our own local communities.

Has that led to the rift we're experiencing in racial relations? In politics? In the complete dehumanization of people who don't think like we do? I'm finding it increasingly hard to argue otherwise.

Gay rights, in comparison to the black civil rights movement, has made huge strides in the past 10 years. When discussing this with a black patron at a book discussion last week, he pointed something out to me: "It doesn't matter where you are in the world, there are gay people in every community. Blacks and whites, however, are often on islands to and of themselves."

While the gay rights movement is far from at its zenith, it has made progress because we have gay neighbors. We know that they love their partners and spouses with equal love that straight people exhibit with their own. And that's hardly a difference.

That makes for an oversimplification of our own ideals. Ideals are a lot like sledge hammers. We swing them around wildly and with true force, and that's often because we don't know of people whom we hurt with our ideals. Discourse - true discussion on topics - is much more a fine chisel. It takes much more time. It takes much more patience. It tinkers away at the rocks instead of leveling them.

There are ways that we can't change the world like a television syndication can over 33 years. But there are ways we can melt the ice that exist between our neighborhoods, our schools, and our people who just can't, don't, or won't see eye to eye. We first need to see them as our neighbors. 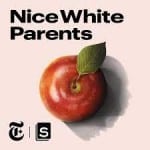