Six-word memoirs are not a new thing. A simple Google search will bring up Smith magazine and their six-word memoir site that all began in 2006.

If you search Pinterest, you'll find dozens of ways to use six-word memoirs with kids of all ages. That is all I did to piece together something that I thought would work well with my 8th graders.

I love starting the school year with personal narratives, but in the past I have struggled to really engage my students in the writing process right out of the gate from summer break. This year, I was reminded of six-word memoirs and decided to use them as a way to dip our toe into writing our own stories.

I started by putting the word "memoir" on my screen. I had students take two minutes to think about what this word might mean. After two minutes, I let them start giving me ideas, and they came up with a lot: memories, memories of war (creative!), something to do with remembering, memories of someone who died, something French, a book of things remembered.

I wrote all these ideas down and asked if they knew what biographies and autobiographies are. They did, of course. We settled on this description of a biography/autobiography: it tells the story of a life. From this, I told them that a memoir tells a story from a life. It's more of a snapshot you post on Instagram rather than a panoramic view of your whole life.

Then I put Ernest Hemingway's famous six-words on the screen: Baby Shoes for Sale: Never Worn. I told them not to say anything, but to think for two minutes about what story from a life this might be telling. This, by the way, is where my 8th graders not having any idea who Ernest Hemingway is comes in handy. I didn't even tell them a man wrote it.  After discussing this one, I put up a few more I found on the six-word memoir site.

I meant for this to take only part of a class period, but the conversations we had about each memoir were rich and thought-provoking, so I let the students go a bit since it became clear that my role was just to put a new one on the board and call on people. They did all the talking. I've never had such deep conversation about a text that early in the school year with middle school students.

The next day we picked up where we left off. Of course, I had planned on the students writing their own, but I didn't anticipate that they would come to class asking to do it. "Mrs. Sluiter, are we going to read and talk more, or do we get to try it ourselves?"

Before letting them loose to write their own, we came up with some guidelines together:

Then we wrote and wrote and wrote. I advised them to write 3-5 six-word memoirs since we were going to pass them around to help us decide on a "publishable" one. Then we would revise before "submitting".

In the end, students turned in their paper with the one they wanted to be published/graded circled. I didn't just put in a grade and hand it back though. I promised the stories we wrote were for an actual audience.

I bought sentence strips and wrote out each six-word memoir (including my own because I also promised to do the writing they do). I left them anonymous, by putting their names in light pencil on the back. Then I hung them all outside my classroom and invited staff to come read their work.

The day after I posted them, each class took seven minutes to do a "gallery walk" of the published memoirs. They also wrote down the one that jumped out at them the most and described why. Those who wanted to share did. And we celebrated their hard work.

Now that I have had a chance to reflect on this activity, I can honestly say it was the best way to start the school year in all of my fifteen years teaching. Students were engaged, they found relevance, they connected to texts and to each other, and we built a community of learners right away. 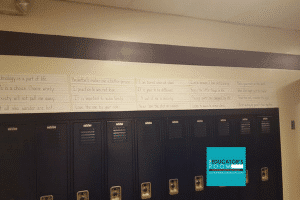 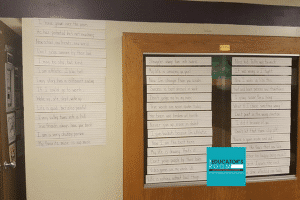 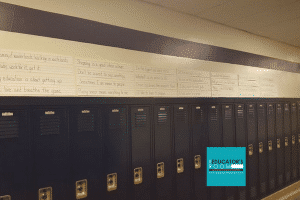 Avoiding Round Robin in All Subject Areas 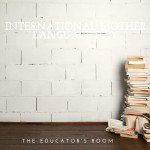 Seeking the Truth in Mexico City 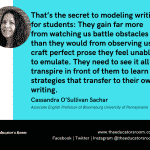