I’ve always been a proponent of inclusion in the regular education classroom. I say this from experience. Before it became common place I accepted SPED students into my classroom. You see at the time, Philadelphia would not allow a SPED student to “mainstream” in high school unless they could prove that they could function in a regular education classroom. Since I taught 8th grade math I agreed to help our Socially and Emotionally Disturbed teacher by taking a student into my math class. He became my best math student and after consultation with the rest of my team, he was admitted into my advisory the month after joining my math class. He successfully transitioned into regular education and would be able to go to high school without a label. I share this story first so that you understand my reaction to an article that I read earlier this week.

I found a Washington Post article on the Southern Poverty Law Center's (SPLC) Facebook page that discussed a Georgia program for SPED students that had allegedly been isolating students from the regular education population. In the article it was announced that the US Department of Justice (DOJ) had decided to pursue action against the state of Georgia concerning 5,000 SPED students in the Georgia Network for Educational Support (GNETS) program. These students are being taught at about 25 facilities across the state. The GNETS program is supposed to educate these students and provide them with counseling and educational supports that they cannot receive at their neighborhood schools. The DOJ is concerned with the fact that most of these students are being taught in complete isolation from any regular education students. Many are in inferior buildings that date back to the time of segregated schools in Georgia. Much of their coursework is completed via computer programs. In addition there is concern that some of the students, such as those on the autism spectrum are in classrooms with students who have just been released from mental institutions for psychotic behavior.

What is unique about the DOJ’s approach in this case is that it is pursuing action under the Americans with Disabilities Act (ADA) rather than the Individuals with Disabilities Education Act (IDEA). While the IDEA can be used to place an individual SPED student in the “least restrictive environment” it could be argued by Georgia that these students as a group are in the least restrictive environment. The ADA gives Justice the ability to argue that these 5,000 GNET students cannot be kept in complete isolation from the rest of the school community. At this point the DOJ is awaiting a response from the governor and the Georgia Department of Education.

The DOJ findings did not surprised me. What did surprise, sadden and anger me were the comments made on the SPLC Facebook page where I found the link for the article. Parents from around the country seemed to identify with problems in special education but had no idea what their rights were. Non-educators seemed to blame the problem on lack of funding, completely ignoring the fact that it is the choice of every state and municipality to fund schools. Some blamed lack of funding on the federal government which I found interesting with so many states wanting the federal government out of their educational decision making. But the comments that surprised me the most were those coming from teachers, many in Georgia, who insisted that these placements were necessary for the safety of the regular education students in the schools. Few seemed to care that students on the autism spectrum were being educated with those who had been diagnosed with serious mental illnesses such as schizophrenia.

I found myself responding to some of the comments because I felt that it was not a good idea for so much misinformation to continue to circulate. Parents responded with gratitude for the information about the children’s placements. Some educators backed me up. But many seemed to feel the need to support the status quo and even insist that the information in the article was inaccurate. The kerfuffle didn’t end until someone posted the link to an article in which students in the GNETS program talked about the conditions in their facility and how they felt about being isolated.

I am going to conclude with this thought. If SPED students are educated in isolation how do they ever learn to interact with the general public. If regular ed students never interact with those with special needs what will they do when they have to deal with someone who functions differently than they do?

Where do you stand on the placement of special education students? 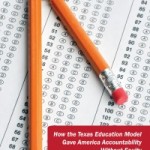 Fight! Fight! Illinois Teachers Refuse to Administer ISAT State Test
« Behavior Bugs Are On The Loose!
What is Close and Critical Reading? »