Even elementary students are talking about the Nike deciding to sponsor former Quarterback Colin Kaepernick.  So, how do you respond as an educator and model of critical thinking?  It’s no easy task when you are likely to hold a strong opinion of your own.  Structured Academic Controversy (SAC) is an option when faced with the discussion of sensitive topics.  This method is most effective for older students, as this structure is based on using text evidence from primary sources as the focus of discussion.

How does it work?

You can find a detailed description of the method at TeachingHistory.org.  The method originated as a way to study primary sources, such as government documents.  This is not possible in the case of the Nike debate, but you can find articles that include personal quotes and references.  (This would also be an appropriate time to discuss bias and its inevitable presence in every piece of reporting).

Start with a question.  In this case, the topic lends itself to two separate, but related discussions:

Is kneeling during the National Anthem and appropriate and effective form of protest?

Find at least one source that for each of the pro and con arguments.  Look for sources that are as objective as possible and rich in quotes and references.

Assign students a “side”.  Students read the applicable source and look for three to four specific statements within the article to support their argument.

Students share evidence with each other.  You can do this in several ways.  Students can pair up or work in groups. One of my favorites is to pair students up to share, then come back together and have students present the opposite side of the argument to the group.  It is important to stay focused on the fact that the opinion expressed comes from sources, rather than members of the class.

Come together and come to a group consensus.  The consensus should also focus only on the evidence presented throughout the discussion.  It’s likely that your conclusion will be ambiguous.  The purpose of the exercise is not to choose sides, but to look objectively at both sides of an argument.

Here is everything you need to pull off a SAC lesson on the Nike controversy today:

Use this form to guide your students’ note-taking:

A few possible sources for the discussions:

ProCon.org:  Refusing to stand for the national anthem:  Top 3 Pros and Cons

This source has both sides of the argument in one place.

SBNation:  Everything you need to know about NFL protests during the national anthem

This is an older article, but includes several direct quotes from Kaepernick and includes a discussion of his decision to take up kneeling instead of sitting.

If you're interested in exploring primary sources, this article includes a link to the actual document submitted to the NFL by the NAACP.

This article addresses concerns that the Nike ad is an exploitation of current events.

While not a solid primary source, this article skims the service on both sides of the issue.  It is not the strongest source for a SAC lesson but is a good point of departure for a discussion about the need for objectivity in reporting.

Tough times require tough talks.  As the responsibility placed on teachers grows, The Educators Room aims to make a difficult job a little easier.  Let us know how this approach works in your classroom. 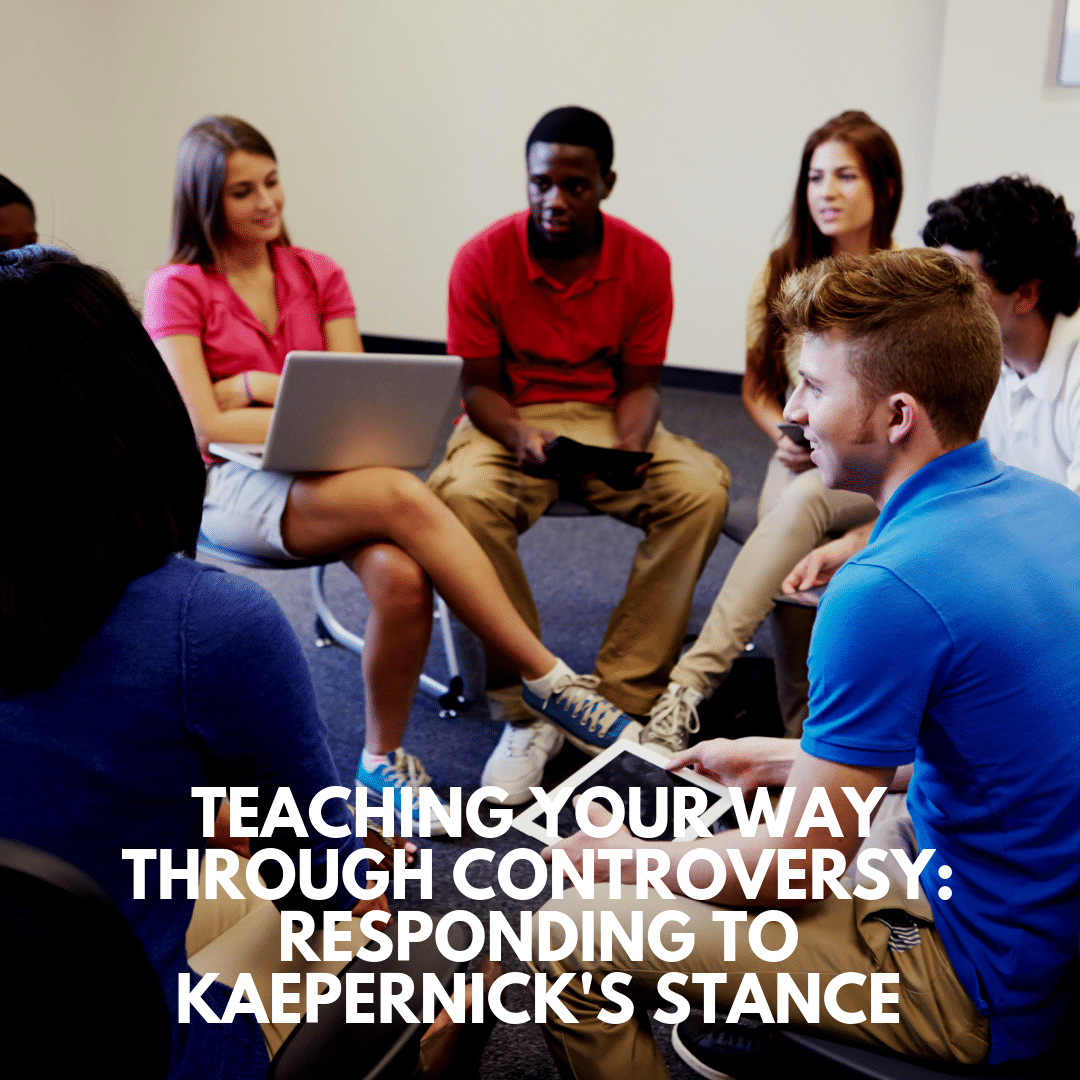 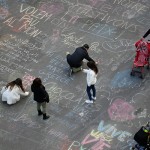 Teaching Our Students to Live Well Together in Acrimonious Times 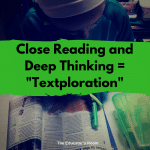 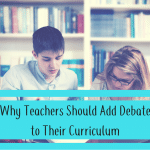 Why Teachers Should Add Debate to Their Curriculum
« [September Self-Care Challenge] Download TODAY!
180 Days: Writing and Reading Maps and Mentors for A Year in ELA »