Kendra Fogarty is a school counselor whose greatest accomplishment in life has been raising a Gemini toddler. She is also a content crafter who typically writes by moonlight to harness that insomniac midnight magic. Her soul is fueled anytime she gets lost in the woods, nails a dessert recipe, spins a fresh vinyl, or makes one of her students smile.

If someone would have walked into my office that morning, they would have found me curled up in a ball in a child’s tent.

That was the morning of my surrender. The morning that everything became too much.

“Stay strong for the students. Don’t be a hot mess for your co-workers to deal with. Don’t you dare give your own parents any reason to worry. Do your job and do it well.” This soundtrack was on repeat in my mind for months. Click To Tweet

These constant reminders are okay most years. This year, though? We have never experienced a challenge like this before. And yet, we press on. Internal and external pressures collided to create some incredible version of a monster. I imagine my monster to be about 100 times my size and rippled with muscles. Of course, this guy is equipped with eyes that glow, flaring nostrils, horns, and visibly green breath.

I picture a tug-of-war rope with my less than an athletic figure on one end and then the muscle-monster on the other. I am usually right on the very edge of falling into the mud.

I imagine that I have been clever during this tug-of-war. What I may lack in strength, I make up for in pure grit. I have likely outsmarted this muscle-monster a few times, which is likely the only reason that this battle has been continuing for nearly a year.

But at a certain point, my arms go out. They just cannot keep this struggle up any longer. I fall in the mud as the monster cheers.

So, I find myself in a curious situation while I am driving to work, struggling to catch my breath as I fend off a full-blown anxiety attack.

I am struggling in a bad way. But, I have a parent to tour at the school. I can’t stand them up.

I have no idea what we talked about during this tour. I do remember this parent questioning the common core. I am sure my response was brilliant.

Back in my office, I realized my vision was funky. Any amount of light was too much. Colors were mixing with each other in a strange, trippy swirl. My hands were shaking. I felt certain that my mocha was coming right back up.

I tried to press on. I opened my e-mail. Bad idea. The muscle-monster came back to push me down during my attempt to stand.

So then, I unfolded my tent and took a brain break. I didn’t really have a choice at this point. I cried a little. I tried to meditate. I wondered if I should just go home.

And as I was sitting in this tent, I thought of a student that I intended to use the tent therapeutically with that day. I really wanted to be at home, but I pictured this 6-year old’s adorable face and his sad, tired eyes.

I struggle with following my own advice. As a school counselor, if anyone came to me in this unregulated emotional state, I would probably escort them home. But for myself, I repeated some self-talk, did a little tapping exercise, and crawled out of the tent.

I went through the motions of the day. I threw up in the bathroom and when I walked out I said hello to another teacher. When she asked how I was, “Great!” was my cheerful reply. Always.

Later that day, I was playing Candyland with my 6-year-old friend, letting him take his turns from the tent. I noticed something about his eyes as he made his way to King Kandy. They weren’t sad.

I took a pause and a deep breath. That was enough fuel to get me through the day.

It is hard for everyone right now. We are going up against so many muscle-monsters. After this day, I vowed that I would do more to build my own muscles to compete with him.

What does that mean? It means boosting my mental wellness so I can remain competitive in this tug-of-war.

It also means knowing if I need to take a break and tap-out. This is done best in the form of taking a sick day when my body and/or mind needs it. We can’t play tug-of-war forever.

Trust that I know everyone is sick of hearing about self-care. I spent the morning crying in a tent, remember? I get it. But at the same time, there are some things we do have control of, even when we are battling so much that are simply out of our control.

Here’s my brain-muscle building plan:
-Daily meditation
-Don’t knock it until you try it
-Can be done in less than 1 minute
-Getting outside
-At least 10 minutes a day.
-Even if it’s cold enough to freeze my tears
-Exercise & Yoga
-3 times a week (keeping things reasonable here)
-Practice a hobby
-Writing (this is therapeutic for me) twice a week
-Tapping script ready when anxiety is swirling
-AKA Emotional Freedom Technique. Google this!
-Accepting and/or asking for help
-Why did I give that parent tour? My team would have been happy to help.
-Ending every shower with cold water
-Weird. This stimulates the vagus nerve, which helps with stress. Google this too!
-Gratitude
-Cliche. Again, don’t knock it until you try it.
-Keep it super simple.

You’ve been strong for so long. I know you’ll keep going until you fall in the mud, too. Give a few of these a shot so that you can keep your grip a little longer. It will also make it easier to climb out of the mud if you do fall. 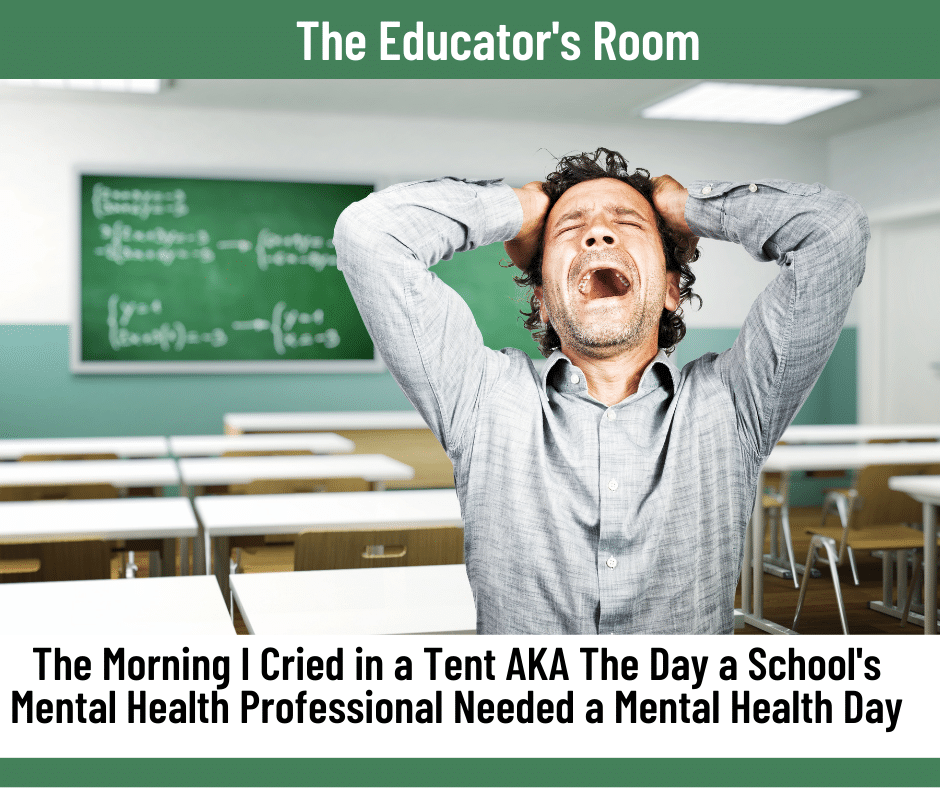 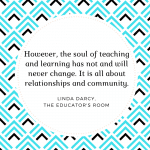 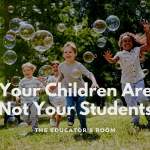 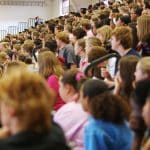 Bullying: Did the School System Fail This Mother?

Opinion: Right Now Things Are Hard, But It's Going to Be Fine
« Evaluating Teachers During a Pandemic Is Ridiculous
Equity, Access, and Affirming Deaf Identity »