As schools across the country grapple with implementing online instruction, conversations about the future of education abound.  So, it was no surprise when my buddy sent me this podcast: How To Test Out of College While You’re Still in High School.  It makes the case that college is frivolous and with some minor efforts and minimal expense can be, largely, avoided.  Revolutionary in its rhetoric, this approach trivializes teaching and learning by making teachers expendable and testing a necessity.  The education revolution is coming, but I, and other teachers, aren’t going anywhere.

The podcast explores the use of CLEP tests offered by the College Board as a means to bypass traditional college coursework.  The CLEP tests are portrayed as simple, cheap alternatives to enrolling in college courses.  As a former Advanced Placement teacher, I was immediately skeptical.  But, I ordered the CLEP Official Study Guide from my local library to get a better idea.

As advertised, the Study Guide bills the CLEP tests as a way for “self-directed students” to bypass introductory coursework.  Through multiple-choice tests in 34 different subject areas ranging from foreign language to calculus, students have the opportunity to demonstrate proficiency to colleges that accept passing scores.

With the Study Guide in hand, I flipped to the Macroeconomics section.  I decided to try the first 30 practice questions.  They were easy.  Super easy.  I missed one question because I recorded the wrong answer.

Next, Microeconomics.  Again, very easy.  Missed two.  I misrecorded one answer and mixed up the formula for the marginal propensity to consume, which I’m sure most of you carry in your back pocket.  My bad.

Government.  Easy.  2 misses.  Forgive me for being unfamiliar with the idea of “senatorial courtesy.”

The Calculus and Pre-Calculus exams were generous enough to allow me to use a calculator.  I declined.  I was lost at “asymptotes” and missed 24 of 30 on each test.

So, is it possible to pass these tests for college credit?  Yes.

Is it possible to learn this material on your own, outside a traditional classroom setting?  Maybe?  In my third year of teaching, I agreed to teach AP Micro and Macroeconomics.  Aside from taking Econ 101 as a freshman, I had no training in Economics.  I read a lot of textbooks, scoured the internet, and made friends with a few veteran Econ teachers.  As a result, I don’t miss many of the College Board’s Econ questions.  But, make no mistake, the acquisition of this skill was demanding, stressful, and time-consuming.

For the fierce individualists cheering my determination and perseverance, slow down.  Learning isn’t done in isolation.  Yes, I was on my own to learn Economics, but I was relying on the skills taught to me years earlier by Mr. Derfel, and Mrs. Bonarti, and Mr. Trumbull, and Professor Cameron, and on.  I had leaned on the fundamentals they helped me build.  The ability to read and analyze, the articulation of complex and confusing ideas, the creation of clarifying questions were all skills that took years to build and master.  I was learning, but it was being done on the shoulders of others who helped me.

In an increasingly divided country, we need to encourage more interaction, not less.  So, even if these CLEP tests were accessible and effortless--which they are not--they shouldn’t be a part of the education revolution.  The solution to our education struggle is not to drive students into silos; we need more teachers engaging more students.

But, I haven’t even gotten to the most illuminating moment, which came from taking the US History exams.  I’m a social studies teacher, who teaches US History to kids.  I missed 20 out of 60 questions.  I did almost as well on the Spanish test.

Yeah, I’m a social studies teacher who is rusty when it comes to the Wagner Act, oblivious to the Ashcan School of art, the Oneida Community, and the putting-out system.  Should I have read Letters From a Farmer in Pennsylvania or Frederick Jackson Turner?  I suppose.

The podcast that started this journey casts teaching and learning as a leisurely, easy pursuit that can be radically overturned with a test.  They promoted a revolution that would allow people to earn a college degree in months for pennies.  But, the reality is that the CLEP tests are no revolution.  They exemplify traditional education practices to their core.  These CLEP tests might as well be transformed into crossword puzzles as most of the questions rely on fact-based, definitional knowledge.  It’s not robust.  It doesn’t force anyone to apply any skill.  It tests one’s ability to regurgitate.  Not create.

Educators across the country are working tirelessly to build relevance, get kids synthesizing, and evaluating complex texts so that they can make sense of where we have been as a society and where we want to go.  The CLEP tests double down on a version of education decades behind our current trajectory.  They are not the revolution, and I will not be replaced. 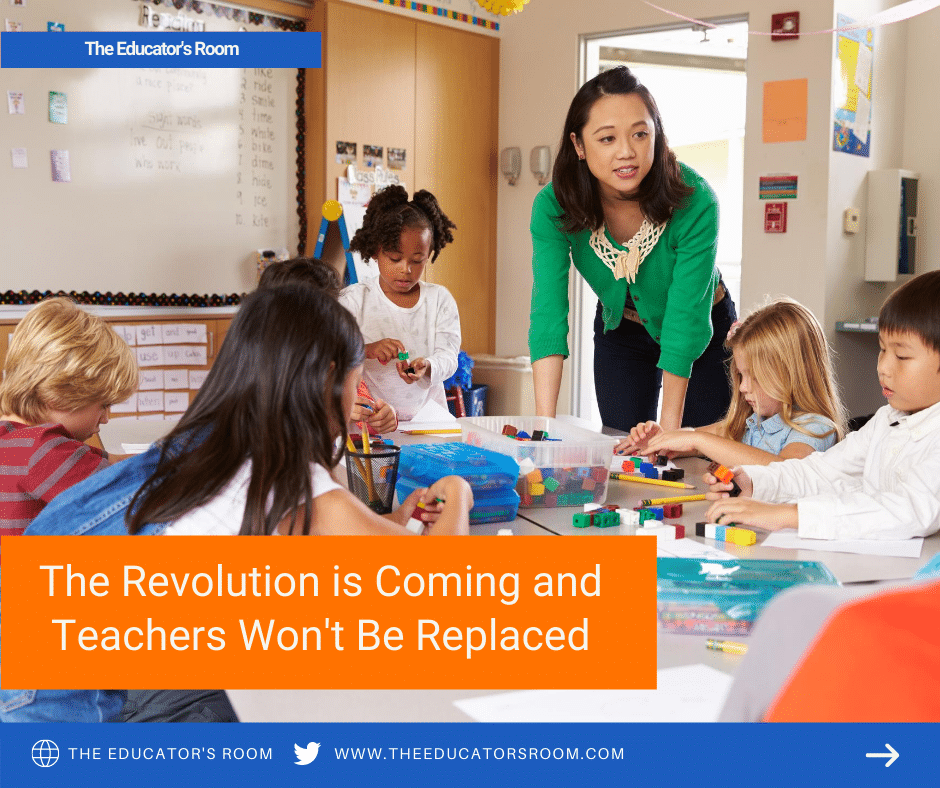 One Future of K-12 Education: From the Factory to a Personalized Model
« Staying Within Law: Special Education Teachers and IDEA
5 Things I’ve Learned as a Student this Summer »