First Philly. Then Denver. Then Montana. And now Rochester, NY - home to the Erie Canal, The Underground Railroad, Susan B. Anthony, Frederick Douglass, and the beacon of the mid-19th century reform movement of America.

What brought me here? The National Endowment for the Humanities runs their own version of a teacher summer seminar called NEH Summer Programs in the Humanities. Some of these seminars are as advanced as 4-week long treks in Europe, while others are shorter and domestic. Regardless, if you'd like to begin your own traveling teacher tour next year, I'd start there.

The program I chose and was elected to participate in is called "The Rochester Reform Trail." Jose "Joe" Torre, professor at SUNY: Brockport, was the best leader a teacher could ask for. He built a schedule based upon the concept of experiencing tthis oft-neglected historical city. Think about it. When social studies teach about the foundation of America, they incorporate Boston and Philadelphia. When they learn about its growth, they learn about New York City and Washington, D.C. However, when it comes to learning about how the nation started to solve its woes, Rochester is left out of the equation. After experiencing a week there, it shouldn't be.

With the focus on being in the field, each day began with a lecture followed by discussion amongst the teacher with our presenter. These were excellent ways to compound what we learned while collaborating with our peers. Rather than being talked "at," we spoke "with" whomever  led our group's discussion.

Better yet, each afternoon, we traveled to the many historic sites the city has to offer.

On Monday, we made our way to the remnants of the ground-breaking Erie Canal aqueduct; this marvel of steel and concrete is what led the canal through the Genesee River. The Erie Canal is considered as one of the first man-made projects to be dubbed the "8th Wonder of the World," as it slashed the prices of shipping for Great Lakes farmers and upstate New Yorkers by nearly 90%. It's no wonder that major cities like Buffalo, Rochester, Albany, and New York sprouted like kudzu along the waterway.

However, with the advent and integration of the railroad, the canal's use became moot. Rochester's aqueduct has lived many lives since then, first being used as a (very unreliable) subway system and, most recently, home to a full gallery of incredibly artistic graffiti. After looking at the almost fully-plastered paint, I left there feeling like I had seen an eerie canal instead of the historical monument.

On Tuesday we traveled to the suburb of Pittsford to actually ride on the updated "barge canal." I have always talked about how great a piece of technology canal locks were, but it's another thing to experience what it is like. You can see a speedy version of the Erie Canal in action as this person's boat voyages through several of the locks of the Canal. It's amazing to make the connections as to how this changed many other parts of the world on pretty much all our living continents. Many of those are no longer in use, but this jewel still is.

Wednesday brought us to Mt. Hope Cemetery, where many of the city's most famous inhabitants remain. Among those are Susan B. Anthony and her humble, very Quaker-appropriate gravestone. Frederick Douglass is just a short walk away, buried between his first and second wives. I tried to take a step back at their final resting places to get a glimpse of how they wanted (or, if they even expected) the world to remember them.

On Thursday we had our lengthiest trip, heading to Seneca Falls to gather at the National Historic Site and Women's Rights Museum. This very small museum was one of the better ones I'd visited in the past 5 years, and I was very surprised by its power and depth of portraying a women's perspective, telling herstory rather than history. We finished the day by traveling to Elizabeth Cady Stanton's home, my favorite woman to study in American history. It's simplicity, strength, and industriousness (it was originally a metal-worker's shop) were very exemplary of her character.

Our final day led us to Susan B. Anthony's home for a tour there. It was much more of an experience to be in the presence who took the scepter of the women's movement and ran with it for nearly 5 decades.

In addition to the travels that Joe led, we had plenty of time to explore the city on our own. It certainly was a full breadth of an experience. I was fortunate enough to bring my bicycle with me, affording me plenty of time and distance to take in all that Rochester has to offer. My best connection was that it felt a lot like Pittsburgh did in the 1980s - meaning it's a work in progress. The suburbs (like Pittsford) are among the most affluent areas (and top-performing schools) in New York state; the city on the other hand has the poorest school results. I rode through a few sections of the city that taught me why.

In fact, Rochester's fight embodies what most of our nation's toughest schools struggle with - a dichotomy of education and culture inside the city and out.

Still, the city offered plenty of charm. The Great Falls and the nearby bridge offered some great sites both in daylight and at night. There was a huge amount of construction going on around the river, the canal, and more. Plenty of plans are still in the works to improve the city's infrastructure and livability. There were plenty of great places to eat (for a tremendous bargain), and a culture of caring about the city was exuded from Martin Luther King, Jr. Park with their community concert. In 5 or 10 years, I envision Rochester becoming an incredible city just like Pittsburgh has. I'm going to enjoy going back to the Flower City to appreciate all the future of the city as one can its past.[/fusion_builder_column][/fusion_builder_row][/fusion_builder_container] 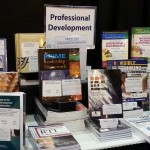