Understanding the Proposed Education Budget for 2018

In the Spring of 2017, shortly after taking office, Donald Trump proposed an updated budget that could potentially cut education spending by about 13%. With Secretary of Education appointee, Betsy DeVos, along with statements about the Common Core and the budget proposal, many educators and districts are left wondering how these proposed changes will affect them and their school district.

In April 2017, The LA Times printed an article “How Trump’s proposed budget could affect California’s schools” that details specifically how California would be impacted.  Joy Resmovits explains that while all public schools stand to lose some money, California being the most “populous” state, stands to lose the most. All in all, Resmovits explains that under that new budget, around $18 million dollars would be lost and at least 20 programs (if not more) would be effectively eliminated.

While there has been plenty of discourse on how California will be specifically affected, others around the country are still wondering how the proposed budget would affect them.

Highlights of the Proposed Budget Plan

Trump’s chief initiative seems to advocate an expansion of school choice programs. This was noted as the top initiative in the proposed budget. Last year, I wrote an for TER about What School Choice Means, and mine was one of many. The idea of school choice is that rather than being sorted into a district based on your location, parents/students would be able to choose their school with the help of a voucher program. While sounding good in theory, and seemingly empowering students and parents to choose the school that is the best fit for them, this portion would allow for funds to be ushered out of the public school sector and into private and parochial schools, potentially creating larger issues in what is left of public education when it’s all said and done.

The budget also outlines a continued commitment to “supporting the nations most vulnerable students”,  where funds will still be provided for Title I grants, IDEA grant programs, and English Language Acquisition programs. Under the proposed budget, it seems that students with disabilities will largely have access to the programs that they need.

To make room for the School Choice initiative, there were programs that needed to be cut. For instance, about $2 billion will be cut for teacher training programs and another $1 billion will be cut for after-school programs and activities. What this means is that many after-school programs will be removed entirely. In addition, if this proposal is approved as is, teachers will likely see major changes in how their districts handle development programs regarding teacher preparedness.

Where low-income students take a hit

Low-income students, though, seem to take the biggest hit under the proposed budget. For example, the budget aims at reducing federal work-study programs and TRIO programs, which are designed to promote both educational excellence and access by focusing service and assistance to low-income students and individuals. Furthermore, if the school choice initiative is fully realized, the impact will be felt the most by those in low-income areas, as public education will likely suffer as a result.

What I’ve presented here is definitely over-simplified; however, one thing is clear from the budget as a whole: that in addition to cutting educational spending as a whole, Trump plans to cut spending in various areas (particularly those that affect low-income students) to make more room for the “school choice” agenda. 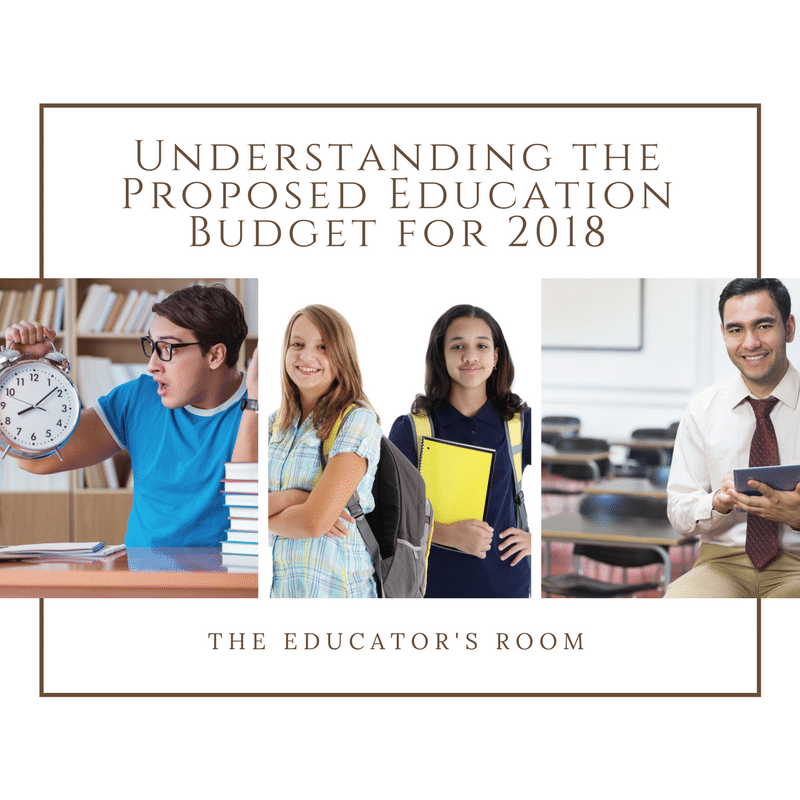 About the Author: Haylee Massaro