When President-Elect Biden announced his choice for a new secretary for education, a comment was left on the Educator’s Room blog:

“Anyone from Connecticut want to weigh in?”

Well, I am an educator in Connecticut, but I think weighing in on the nominee Miguel Cardona is premature. Cardona, the Connecticut Commissioner of Education, was appointed in August 2019 by Governor Ned Lamont. He had only served 16 months in this state position before his nomination.

What I can do, however, is weigh in on the State of Connecticut. That focus could suggest how Cardona’s short tenure in my tiny state may have prepared him for a role on a larger national platform.

To start, Connecticut is small compared to other states (48th out of 50). But for its small size, the “Constitution State” can pack in some extremes. The most serious is the scale of economic disparity.

Now, Cardona has served as a 4th-grade teacher, a principal, and then Assistant Superintendent for Teaching and Learning in the City of Meriden. The median household income (2019) in Meriden was $58,843 with a poverty rate of 10.4%. That's statistically the same as the national poverty rate of 10.5%.

So, while Meriden is not impoverished, Cardona’s entire teaching career was not spent in a tony Connecticut community where household earnings are $16,000 more than the typical American household,

Extremes in economic prosperity impact public school funding. In Connecticut, public schools are funded through a formula: local property taxes (58%), state taxes (37.8%), and federal taxes (4.2%). Those communities with high property tax rates can fund schools at a higher level. In short, the wealthier the community, the more funding for the schools.

Technology Gaps and the Growth of ELs

With only a few months into the job, Cardona did address these inequities and directed the use of federal funds to support the purchase of devices and connectivity to help bridge the technology divide. Technology use still differs by the school district, but recent efforts have all Connecticut students with access to devices for education. This experience should inform Cardona about technology gaps nationwide.

The growth of English Language Learners (ELs) in cities is another area of extremes. Since the Connecticut State Department of Education (CSDE) began collecting the immigrant status of individual students, the number of immigrant ELs in cities increased by 30 percent compared with 21 percent among not-EL students.

It is well established that Cardona is committed to ELs; his doctoral thesis Sharpening the Focus of Political Will to Address Achievement Disparities studied the gaps between ELs and their classmates. Here again, Connecticut again has served as a learning laboratory for Cardona. The growth in EL in Connecticut cities and towns mirrors what is happening in cities at the national level.

Finally, there are 169 school districts in this very small state....169 very independent-minded school districts. The largest district is in Bridgeport (23,000 students); the smallest in Union (52 students). Back in the early days of the pandemic, there was some geographic sense to how these 169 districts dealt with school closures, especially those districts that were closest to NYC. But geography has not been a factor in this school year.

Before the 2020-2021 school year, the 169 school boards individually selected from a wide range of options offered by the CSDE. There were remote, hybrid, blended, or full in-school learning options. In truth, no one knew what would work best. So, school districts made plans, different plans. There were plans where students attended alphabetically or by grade level. There were plans for shortened schedules and shortened weeks. There were 169 individual plans submitted for approval to the State Board of Education.

Since then, the infection rates have fluctuated and school districts have made adjustments. Wave after wave of quarantines have taken a toll.  Geography has had no role, and rural communities bordering each other that once shared resources have even less in common. Urban schools have not opened for in-person instruction, and already limited child care has been thrown into chaos. The patchwork of approaches to student learning has had the cumulative effect of exhausting all stakeholders.

It is no secret that the CSDE has from the onset been committed to getting students back into schools, but there has been no mandate. Cardona has had to wrestle with the 169 independently-minded school boards, each still committed to doing what they firmly believe is best for the students in their community.

So, weigh in on Cardona? It’s too early.

But the extremes he has seen while serving in the small-sized state of Connecticut have provided many outsized experiences. His training in Connecticut could be seen as a dress rehearsal, a microcosm of the nation’s larger educational problems contained within one state's small borders.

Cardona has experienced a sampling of what he might encounter on a national level.

He may even be happier dealing with only 50 state boards of education. 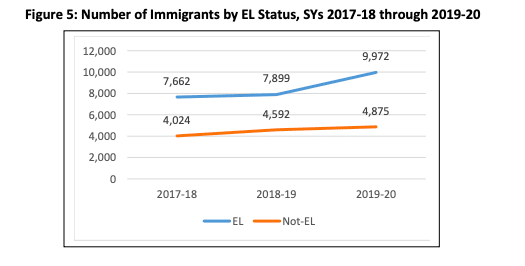 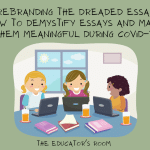 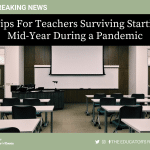 6 Tips For Teachers Surviving Starting Mid-Year During a Pandemic 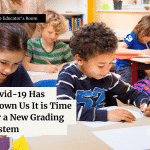 Opinion: Covid-19 Has Shown Us It is Time for a New Grading System
« 6 Tips For Teachers Surviving Starting Mid-Year During a Pandemic
Teachers: The Way Home Is Through Baghdad »