Last week I shared "10 Reasons Why Teachers Should Host Political Debates." It was a reflection piece on a State Senate debate I helped plan, coordinate, and orchestrate. Since then I've received several letters of thanks and strangers in the community approaching me in appreciation. Most importantly, students (and their parents) have expressed the most abundant appreciation, as have the candidates themselves. However, now that our primary election has passed and the candidate window wanes, I truly hope you use the experiences I've gained and the thoughts below to earn similar platitudes and gratitude.

10 Tips for Teachers Organizing and Running a Debate:

1 -- Reach out to the candidates - Probably the most important aspect of initiating a debate is ensuring that the candidates are willing and able to participate. This can be done by simply researching the candidates webpages or Facebook pages and initiating a conversation with them and/or their staff. Since our teachers' union makes electoral recommendations, I always reach out to the candidates and wish to have a conversation with them. One beauty of democracy is that most elected leaders - and more so, those who seek the office - are often not just able to meet with teachers, but often relish the idea.

2 -- Find a place - The next component is to find a location to host the debate. School districts should permit the usage of the facility so long as its signed out by an entity. So, whether its the teachers' union, the Young Democrats, Young Republicans, or the local party, an organization - not the district - should officially host the debate to permit the district to remain completely unbiased. One thing I didn't do that I wished I had ahead of time was to visit the facility at the time of the event to see what it would look like (I realized only during the debate that 3 of the 5 light bulbs on stage were burnt out!).

3 -- Find a time - The earlier the idea for the debate, the better, here. Candidates schedules fill up rater quickly. There are two ways to go about this: one is to simply select a time and tell the candidates to make it at their peril or protection; the other is to participate in a back-and-forth with the campaigns until a time is aligned. I danced between these 2 choices, as I sent the candidates a Google Form asking them to check off times that they and the facility was available. We finished on one single, solitary match.

4 -- Recruit credible panelists and a moderator - I enlisted the help of our county's party chair (and a current State Rep. who had spoken with and supported all 4 of the candidates), a news broadcaster from a local Fox station, and a news broadcaster from the local ABC station, to join me on the panel. When it became evident that the teachers' union was a big source of controversy in the campaign (one of the candidates received support, and the others attacked him for gaining it), I recused myself from the panel and was able to quickly find an additional panelist (who was a female voice from the party committee we sorely needed in an all-male panel and asking questions of all-male candidates).When organizing a debate, I recommend recruiting more from the media than the party. It's the media's job - or at least it should be - to act as the "4th branch of government," as Edmund Burke once stated, seeking to balance the other three. One of the panelists from he media should serve as moderator, to verbally run the event while I, the organizer, ran it from behind the scenes.

5 -- Advertise! - As soon as the dates, places, and panelists are chosen, grab people's attention and get them to the debate! A debate - much like a meeting - is simply a formality without voters in attendance. The panelists from their respective media should hopefully help with that, but don't be afraid to post on social media, create a flyer to handout for the debate, and hang laminated signs both inside and outside of school ahead of time.

6 -- Enlist the help of students and other teachers - This seems silly, but my favorite part of the debate was getting others on board. When we created the rules, I realized I needed a timekeeper. I chose two of my most reliable, strong students to take on the role together, and they did a fantastic job. I also asked several of my closest teacher-friends to help me seat and distribute information to attendees. In the future, I plan on gathering more students (and teachers, for that matter) to be greeters and participate in the process.

7 -- Set ground rules - Just like the classroom, the debate needs structure. The rules we implemented were:

--Candidates had 2 minutes for introductions and conclusions
--90 seconds to respond to questions
--30 seconds to rebut any time they are mentioned / criticized
--No pre-written notes were permitted at the podium
--Campaign literature was not to be distributed until after the debateOne rule I wished I generated was one on yard signs; as one of the candidates lined the drive up to the school with his signs and the others were a bit upset at this. So I realized I had to...

8 -- Be willing to make quick decisions, and be firm with them - I should have known better that the candidates, their campaigns, and their supporters would act more like my 7th-grade students than I thought. But the fact of the matter is nobody was there to help me make the decision on the campaign signs. Nobody else would have been able to do something about the lighting on stage (so I interrupted the debate) to actually push their podiums together. Ha!

9 -- Don't forget the minutia - Cold bottles of water, pens, and notepads were essential for each candidate's podium, and it's something I almost forgot at the last minute. There should be as many microphones as there are candidates and panelists. The custodians should have ample time to clean and set-up podiums, tables, and chairs. In addition, I thought I could run the sound and lights on my own, and thankfully I second guessed myself and we found a sound technician who completely saved the day by wrangling our ancient sound system.

10 -- Appreciate the democracy of it all - In Candidate Confessional, a podcast that interviews candidates who lose their elections, Howard Dean reiterated that democratic elections are the replacement of the constant tumultuous anarchy surrounding past transfers of power. Just 300 years ago, when one was wrested from power, it was because somebody else staged a violent revolution. Today, politics can be ugly - almost battle-laden, in some regards - but it is much better than the alternative. Once elections are finished, we have peaceful transfers of power. After running my own debate, it was nice to know I was an integral part of that.

Keep in mind that debates, like any classroom lesson, will have snafus. Things will go wrong. Problems won't just hatch on stage, they've probably manifested themselves for weeks. It's largely because of the fact that our profession makes more decisions - nearly 1,500 a day, by some estimates - that we are the perfect person for the job of organizing and running a debate. But in case we need more reasons to remind ourselves why, I invite you to (again) read the first part of this article. 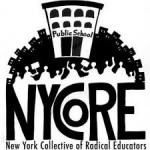 5 Ways Teachers Can Fight the Power