We already told you last week how much we love Abbott Elementary after watching their Pilot episode, but this week we think this show can expose the world to the foolishness that happens in schools.

This week we meet second-grade teacher, Janine Teagues' no-good boyfriend, who we see drops her off at school (in her car) and then not only uninvited her to his sold-out rap concert ( think a venue of 15 people) but also seemingly not know how to budget rent and such. Upon entering the school, she notices one of her students scared to walk the halls due to the lights flickering (think The Shining), and she makes it her mission to get the lights changed if it kills her.

No, seriously, it may harm her on the kids- because she's just hilariously awkward.

Armed in her teacher uniform (flowy skirt and awkward penny loafers- I'll get to those), she goes to the school engineer, Mr. Johnson, for help, who promptly tells her that he has something to do and that the district can't fix it and that he'll get to it when he can.

Did we mention that this is simply a row of lights that can be found in any hardware store- but we digress?

On a mission and against everyone's advice (think the veteran teachers who roll their eyes and tell her to wait as they go out to lunch), she makes it a mission to get a ladder and fix it herself—knowing how this will end both Ms. Howard and Ms. Schemmenti both head to their lunch break. Unfortunately, with no experience doing these things, her first attempt knocks out power to one part of the already aging building. Terrified Ava, the incompetent school principal, quotes conspiracy theories and readies for Armageddon while history teacher Mr. Hill tries to help her.

The scene of two of them watching YouTube (how millennium of them) fix the lights was comical and indicated just how underfunded the school is despite the new multi-million dollar Eagles stadium constructed around the corner.

Meanwhile, the substitute teacher, Mr. Gregory Eddie, has issues with a student who comes consistently late every day with a mother who seemingly doesn't care. Attempting to get some help, we get the hilarious scene of two teachers spending their lunch break (what's that) getting pedicures so that Eddie can have a conference with the habitually late parent.

In the end, we had four revelations about new teachers:

First, this episode reminded us that new teachers want to save the world, and while we veteran educators may find this annoying, we need passionate educators who know what they want and what kids need.

This week we live-tweeted the episode, so follow us here and join us next Tuesday at 9 pm EST. 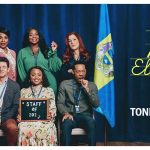 Abbott Elementary is the Comedy You Need In Your Life 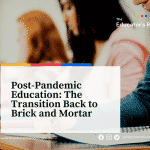 Post Pandemic Education: The Transition Back to Brick and Mortar 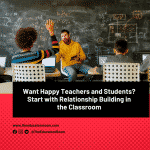 Want Happy Teachers and Students? Start with Relationship Building in the Classroom 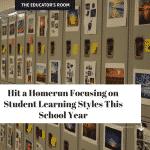