Empathy, for me, was always one of the best ways to handle classroom management and even more serious incidents. Empathy was what allowed me to never take anything a student did or said personally. Recently it seems that lack of empathy is causing actions by students that are either disruptive or perceived as disruptive to escalate into major confrontations between a student and an adult. The most recent incident that caused me to wonder about this was the confrontation between a young woman and a school officer at Spring Valley High School in South Carolina.

I saw many adults commenting that the officer was justified for pulling the young woman out of her chair and flinging her to the ground because as most put it - “All she had to do was follow his direction and it wouldn’t have happened.” Those commenting didn’t even know what it was the student was accused of doing, nor did they even seem to care that the entire class had to sit there and watch what was taking place. Whatever the cause I think we need to take a serious look at what affect the lack of empathy in the classroom is having on the educational process.

Empathy means knowing that any number of issues outside of the classroom can cause poor behavior as well as poor grades. Let me give you an example. Many teachers count homework completion as part of the subject grade. But what happens if a student is living in a homeless shelter and has nowhere to complete homework assignments? If you don’t know about their living situation you will assume that it just isn’t being done. But if you talk to the student privately about the lack of homework you might find out what is causing the problem and find some way to help this student. That’s empathy. It also might make the difference between the student failing or passing.

At this point you might be thinking that empathy is okay if there is an academic issue but what about a disruptive student. For middle school and high school students, saving face is important. If a student is doing something he shouldn’t and you call him on it in front of the class, you may get a response that is disruptive. If you comment quietly or give a non-verbal signal to correct the behavior you may get compliance or a less disruptive response. If the offending behavior is the result of something happening outside of school, talking to the student or referring him to the counselor could easily end the problem.

Let me bring empathy back to the latest situation that was the catalyst for this article – the incident at Spring Valley High School in South Carolina. While there is still some question as to what the female student did to cause the teacher to request help to have her removed from the room we do have more information when the video first aired. We now know that the female student had just lost both her mother and grandmother and had been placed in foster care. The sheriff’s department has stated that the end result was that the school officer used techniques during the incident that are not part of training by the department. What we also know at this point is that the student has a broken arm and a few other injuries from the incident. I have to wonder if the adults involved in this situation would have handled things differently if they knew about all of the losses and changes this young woman had been through in the last few months. I can tell you that I certainly would have done everything I could to have avoided this outcome if I knew what she was going through.

I’m going to end this article in a different manner than I usually do. I’m going to ask a few questions that I would like to hear your responses to in the hope that we can begin to not only be empathetic toward our students but to also understand that a child’s emotional health affects their education just as academics do.

As a parent/teacher what level of misbehavior do you believe warrants calling a school officer into a classroom for help?

When a student is admitted to your school after a life change (such as being placed into foster care) are administrators, counselors and teachers who will deal with the student be notified of the situation?

Does your school have an action plan in place to handle a disruptive student? 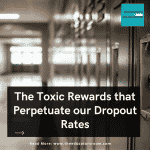 Rebels with a Clue: How Teenagers Give Respect to those that Earn it 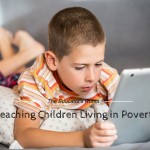 Teaching Children Living in Poverty
« BrainPOP: A Te(a)cher's Best Friend
Rebels with a Clue: How Teenagers Give Respect to those that Earn it »