Though former Indiana Governor Mitch Daniels declared that he supported academic freedom when he became President of Perdue University this last January, it was revealed last week that he spent considerable energy attempting to censor and silence history teachers throughout the state during his tenure as governor.  While governor, Daniels sent several emails, just made public through a Freedom of Information Act request, that attempted to remove historian Howard Zinn's books from universities and high schools.  Zinn's book A People's History of the United States is a staple text in history classrooms around the country, including in Indiana schools.  Daniels defended his censorship efforts and calling Zinn's work "crap" in an open letter on Perdue's website.

Educational Impact: Social studies teachers around the world couldn't agree more with one thing that Daniels stated in defense of his remarks about Zinn - "We must not falsely teach American history in our schools." As a social studies teacher myself, I wish administration - on a national, state, and local level - all focused on unearthing the truths of our content and allowing students to explore their own questions of history, science, math, language arts, reading, and other subjects.  Presenting challenging questions and different perspectives is what teaches critical thinking in social studies classes.

Zinn's writing and teaching has always been controversial because he presents the perspective of the powerless -- the very people who often don't get to write history.  As a historian, I have issues with the way he treats many people in history, namely John Brown and Theodore Roosevelt. He does, however, bring light to many of the oppressed in American history, from the Arawak that met Christopher Columbus to members of the Civil Rights Movement. The reason teachers use Zinn is to offer a counter-perspective on the texts commonly available in the classroom.

Let's look at George Washington. The textbook I use in my class still makes reference to Gen. Washington's famous prayer at Valley Forge (which never happened). The students in their elementary classes learn about him chopping down the cherry tree (and the myth is even perpetuated at the stained glass life shots at Mt. Vernon). Lastly, other textbooks I've read underscore Washington's immense bravery in battle (especially the French & Indian War) while underplaying just how revolutionary a politician he was as both President of the Continental Congress and 1st to lead our nation.  Exposing students to Zinn and other historians who can shed light on the non-mythical history of our country can only help them develop their critical analysis skills.

No matter what a politician's political views of various historians, attempts to censor teachers, professors and schools by limiting their access to historical texts is absolutely the wrong way to go.  Daniels' integrity as a university president must be called into question if he is so easily willing to silence those he disagrees with in the academic community, rather than encourage the fostering of dialogue and a variety of perspectives.[/fusion_builder_column][/fusion_builder_row][/fusion_builder_container] 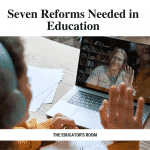