Every year, I get to the part in my high school curriculum where I start to introduce Shakespeare's Macbeth. And every year, the students complain. "Why do we have to read this?" "What's even the point of Shakespeare?" "I don't understand anything that's happening right now." "What is this?!" And every year, I tell them that Shakespeare is important and why. But I wish that there was a way to get all of us on the same page.

Look, we all know that Shakespeare wrote plays, and that, technically, it should be taught in a drama setting. However, that does not change the fact that many authors reference Shakespeare in their writing. There are countless works of literature based on Shakespeare's plays, and his works are referenced in film and television to this day. Not only do you have the obvious films like She's the Man (Twelfth Night) and 10 Things I Hate About You (Taming of the Shrew), but you have other, more subtle connections. Disney's The Lion King pulls from both Hamlet and Macbeth. There's betrayal, fighting, the banishment of the heir to the throne, and the righting of wrongs.

Themes from Shakespeare like love, betrayal, perseverance, and family appear in many films. When I teach Macbeth, one of the projects is to watch a movie, any movie, and find how it relates to Shakespeare. I've had amazing essays touching on everything from Star Wars to Barbie: Fairytopia.  Shakespeare is still around, and he's still referenced. Shouldn't we work to expose our students to this cultural giant? Maybe English and history can work with drama on this one.

William Shakespeare was a unique individual in many ways. Not only did he spin timeless tales, but he was not afraid to make up his own words. Shakespeare invented at least 400 new words. If you count words that he just tweaked or fiddled with, that number jumps up to 1700, according to some sources. These words include "zany" and "assassinate." Shakespeare has made a huge impact on the English language, which makes him a figure that should be studied in English classes.

As students are learning and growing, they should be studying the evolution of the human language. Since language changes so much over time, different words have different meanings now than they did originally. Students need to be exposed to works written in earlier times, and since Shakespeare uses such a robust vocabulary, reading his works is an excellent chance for students to be immersed in new and old vocabulary.

One of the big things that we try to teach in high school is how to think critically. I want my students to grow into critical readers and writers, able to analysis difficult passages and wrestle with challenging texts. My goal is to teach them how to read a text, whether fiction or nonfiction and be able to draw meaning. Then, they should be able to articulate that meaning in writing. While this can be accomplished with more modern texts, Shakespeare is full of opportunities for critical thinking and discussion.

Shakespeare has created a rich tapestry of words, with different possible interpretations. There are places for students to stretch their wings and practice their critical thinking in a new and exciting way. In most articles about teaching Shakespeare, this point makes an appearance. There is a lot to think about in Shakespeare, and a chance for our students to join, and add to, a larger conversation.

There is a lot of talks today about how students at the high school level are not being challenged enough. If that is the case, then we should be teaching more Shakespeare and other authors of his era. Because of their language and the way the text is written, it can be a challenge for modern students to follow things initially. When we start reading Shakespeare, I tell my students that they will understand about 20% when we start. At the ending, they all understand about 70% and feel so much pride in themselves. Not only are they feeling pride in their own abilities, they are also learning and wrestling with new things. The new vocabulary, the critical thinking, and the style all work together to make a challenging, but rewarding, unit.

Shakespeare does not have to be boring. There is adventure, treachery, love, murder, and snark. Students can learn how to analyze texts, how to learn new words through context, and will find themselves introduced to a man who, for better or for worse, has had a tremendous impact on our culture. Of course, he is not the only author from his era that we should teach, and it is crucial that we teach the amazing works by women, African-Americans, Native Americans, and others who have been ignored for so long, but that doesn't mean we ax Shakespeare from our curriculum. 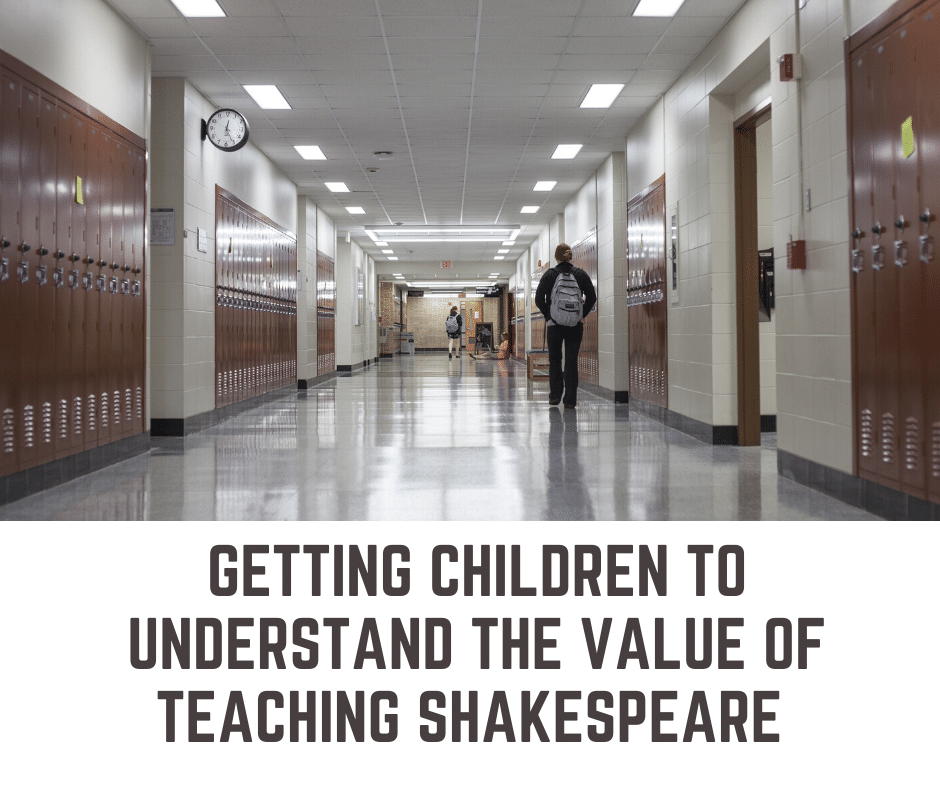 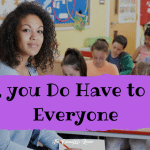 Yes, You Do Have to Help Everyone
« #RealTalk Why We Haven’t Quit Teaching
Valuable Lessons from an Extremely Bad Professional Development »