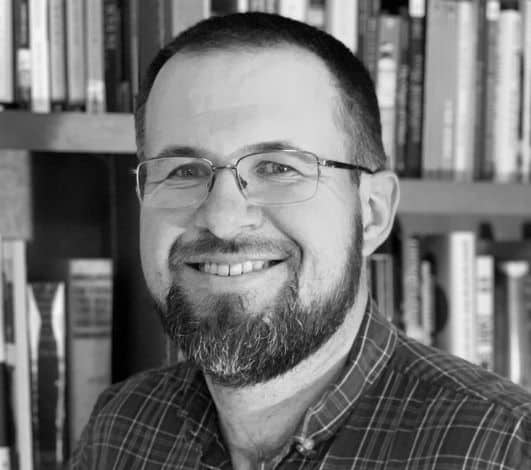 B.H. James is the author of Parnucklian for Chocolate and co-author of A Sea of Troubles: Pairing Literary and Informational Texts to Address Social Inequality and of Method to the Madness: A Common Core Guide to Creating Critical Thinkers through the Study of Literature. He has taught English at Franklin High School in Stockton, CA since 2006.

Every May, I conduct a survey asking the students in my 12th-grade International Baccalaureate (IB) English class to not only rank (from favorite to least favorite) the books we had read that year but also to discuss their favorite and least favorite books over four years of high school English.

For a decade or so, this survey was given on paper. This year, like everything else, it was online.

Most of these are works that I had taught before, but last year was my first year “teaching” (explanation of quotations marks 1,007 words away) Díaz’s Oscar Wao. Personally, I first read The Brief Wondrous Life of Oscar Wao the year that it was published, in 2007, and I was blown away by it. As a budding fiction writer and a lifelong reader of fiction, it completely reconfigured my perception of what fiction was capable of—or of the possibilities available to a fiction writer. And, in each of the next twelve years (2008 to 2019), I taught Díaz’s story, “Fiesta, 1980,” from his 1996 collection, Drown.

But, then, one day it happened: a box of The Brief Wondrous Life of Oscar Wao showed up in our school’s bookroom.

My assumption, now that I had the chance to “teach” it (quotation mark explanation now 887 words away), was that it would be a hit. Students would go head over heels for it, just like the twenty-something version of myself did. I therefore also assumed that, when I conducted this survey, Oscar Wao would surely be one of the favorites. It was just so good.

And, besides being so good, it was a book written by a Latinx writer with Latinx characters—my seniors, by the way, are nearly-all (95%) nonwhite, and mostly (72%) Latinx—plus the book frequently mixes Spanish (which many of my students speak at home) with English.

But, despite my hopes and assumptions, The Brief Wondrous Life of Oscar Wao was not the book that, collectively, the class chose as their favorite. In fact, exactly one-third of the class (33.3%), chose Oscar Wao as their least favorite (#7) book. However, the same number of students put the book in their top two (most of those in 2nd).

The two books that tied as the most-often-ranked-number-one were Kafka’s The Metamorphosis and Shakespeare’s Hamlet.

In the survey, I also asked the students to explain why #1 was #1. Here are some of their responses, unedited:

And, of course, I asked the students to explain why their #7 was #7. Why was Oscar Wao, the book I assumed would be the collective favorite, the collective least favorite? Here are some responses:

I should explain something. One of the IB requirements my students had to complete this past year—virtually, of course—was an oral exam. That exam took two weeks of class time to conduct, so I assigned the students, during those two weeks, The Brief Wondrous Life of Oscar Wao, giving them questions to answer chapter-by-chapter. We did not, however, because of the oral exams, spend time in class discussing the novel. In contrast, we spent a good deal of time discussing and analyzing (close reading!) and writing about and presenting on both The Metamorphosis (our first book of the year) and Hamlet (our last book of the year). So, based on the responses, it seems that at least one reason for the unexpected lack of enthusiasm for Oscar Wao can be blamed on the teaching (or lack thereof): they were not engaged by it because we did not engage with it.

To be clear: my suggestion here is that many students failed to appreciate Oscar Wao because I didn’t really “teach” it; in contrast, students did appreciate Hamlet and The Metamorphosis because I did teach them and we did engage with them.

It’s also worth noting, given the ongoing high school English debate over choice vs. classics, summed up nicely in Holly Korbey’s 2019 Edutopia article, The Reading Wars: Choice vs. Canon, that neither Hamlet nor The Metamorphosis are books that many (or any) students would have chosen on their own, but, having been chosen for them—and having engaged with those books through classroom discussion/analysis/debate—they were nevertheless appreciated.

As aforementioned, I also asked the students to pick their favorite book from the past four years of high school English and explain that choice.

Here’s a rundown of the books that this particular class was assigned each year:

For twelfth grade, see above.

And the winner (drumroll, please): The Great Gatsby, the book that, more than any other of the traditionally-taught-high-school novels, seems to have a target on its back cover and which seems to be often characterized as a book that always gets assigned to high school students though high school students hate it. However, one-fourth of this particular high school class chose it as their favorite book over four years, with Beloved and 1984 tying for second and Slaughterhouse-Five not far behind.

So why Gatsby? Here are some responses:

I should note that I was not the teacher with whom these students read The Great Gatsby. This group of students, in their freshman year, were taught Gatsby by my colleague—and wife, and co-author—Elizabeth James. If you’re at all curious about how Liz goes about teaching Gatsby, she wrote a chapter about it in our 2016 book, Method to the Madness: Creating Critical Thinkers through the Study of Literature.

So, finally, what does this certainly-un-scientific survey of this probably-statistically insignificant group of students tell us? Here are some humble observations:

Math Principles to Actions: An Invitation and a Demand

Flipped Learning: What My Students Have Taught Me 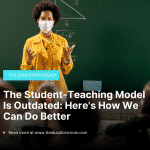