He served as a principal and an assistant superintendent.

He has been a staunch advocate for equity in education.

Spurred by the disproportionate impact of the pandemic on underserved communities, Cardona and Connecticut’s governor, Ned Lamont, recently announced having procured 141,000 laptops to ensure that every student in the state is able to engage in remote learning.

Cardona’s nomination is not without its controversy. During his campaign, President-elect Biden vowed to appoint a teacher to the cabinet position. For some, the five years Cardona spent as an elementary teacher before he moved into administration does not fulfill this promise. Cardona has also been criticized by Connecticut teachers for prioritizing keeping schools open over the safety of students and teachers. Cardona and the governor advised districts to keep the schools open even though many districts lacked the basic PPE necessary.

Moving from a small state such as Connecticut to the national stage will be difficult. Here are some possible potholes to navigate:

The pandemic has dealt a major blow to American students. However, it also presents educational leaders with a rare opportunity to restructure the way we educate our children. Cardona will be in a position to reimagine our schools and our children’s educational experiences. Will we see innovation or a return to the pre-pandemic status quo? 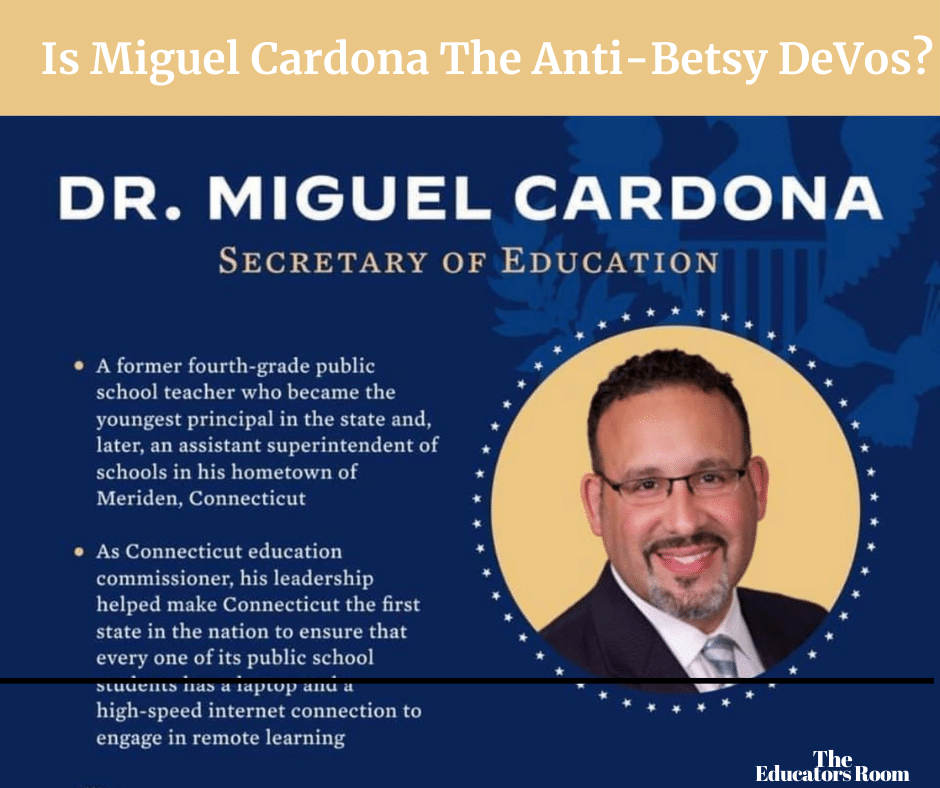 The STEM Revolution in Higher Education
« What does the $54 Billion Dollar for K-12 Education Mean for Educators and Students?
6 Tips For Teachers Surviving Starting Mid-Year During a Pandemic »