“Mrs. Warren, I love you!”  Andrew (one of my students) yelled  as I gave him a high five after connecting the events to the story in A Lesson Before Dying and the trial of Troy Davis. The other kids laughed at his outburst, but  we kept moving so that we could finish the discussion and work for the day. When he yelled that out in class,  our class was 'knee deep' in reading the novel about a mentally handicapped defendant, Jefferson, who was sentenced to death for a crime he did not commit. My kids (especially my young men) were mesmerized with the injustice that was taking place. Kids debated  if Jefferson was guilty of any crime, while others countered that he should have known not to get in the car with Brother and his friend while they were drinking. While my class was particularly noisy and boisterous on that day, I loved that a piece of literature was engaging them in ‘real life’ issues.While this outburst that was so random was a small snippet in my interaction with this particular student, it always made me laugh as I thought about him long after he left the halls of my high school.

A usual day in my classroom involved a lot of laughter, groans and discussions that students would be dying not to end. I tried to make sure that every piece of literature I exposed them to had a meaning that they could take with them in life. So my class was full of classics like, Oedipus Rex, Romeo and Juliet, The Narrative of Frederick Douglass, Left to Tell, A Lesson Before Dying and other contemporary/classic literature that made students have to talk.  Every class had reading levels that ranged from the beginning reader to students who were reading at the collegiate level, so I had to really break down the texts for students to understand what they read. It required my class to full of a lot of reenactments, discussions and debates to keep them engaged and wanting to read more.

It never failed that teaching one of these novels, I would virtually 'see' the lightbulb 'go on' as students  finally made that important text to self connection.   Looking back Andrew* was charismatic, thoughtful and really funny to be so young. He loved to tell (and play) jokes on others and  there were times that I would literally catch him in the act of  about to do something he had no business doing. For the next two years, I saw him walk up and down our halls and laugh, high five and play with all of the students. While I didn't know what he would do with his life, I was prayerful that he would find his way. Fast forward to almost five years later, I turned on Primetime television and saw him front and center.

While I should have been exhilarated to see him again on television, instead I was devastated to see he was featured on a popular series about school age kids visiting prison and he  was one of the prisoners.

That’s right, my former charismatic student who made me laugh was now a prisoner in jail. I didn't care to know  the charges against him, I just cared that this was a former student I had laughed with was now a prisoner with no end date to his incarceration.  As I continued to watch the episode my heart sunk further as I could still recognized the silliness in him, but also could see that he had seemingly adapted to prison at the ripe age of 20.

This is not what I had prayed for this student to do with his life.

Andrew* came to my class as a silly ninth grader who loved football and joking with the ladies. Even though he was mischievous, it wasn't anything I could not handle. He occasionally got in trouble for doing things that all ninth graders do (occasionally skipping class, not being in the correct area, shouting down the hall, etc.), but in all he was NEVER a problem student.When ever I had to redirect his behavior he was always respectful and did anything I asked of him to do.

His issue in school was not behavior, but was more academic.

I found out about his academic difficulties  about two weeks into school when I was conducting a series of reading placement tests, that I stumbled across his ‘secret’. He had a serious issue with reading- his fluency was virtually non-existent and his comprehension was minimal at best. Trying to help him, I made audiotapes of stories we read in class and I worked with on 1:1 in class to help him grasp concepts, but his issue was one that could only be remedied with severe intervention with a designated reading specialist.

To better help him we reached out to his parent for help and they were willing to try almost anything to help him. His mother was in constant contact with the school, but honestly at this point in his life he knew how behind he was and his motivation for school was deteriorating.

Teachers tried to help him (extra tutorial, talking with him, using sports as a motivator, putting him in a reading intensive class, etc.) but the damage to his self-esteem was done. After two years of trying to pass ninth grade it was apparent that he could no longer hide away from his deficiencies and he increasingly became involved in criminal behaviors and not long after his second year, he dropped out of school.

After the show went off and I recovered from my shock, I couldn’t help but feel like not only did I fail him as a teacher but the entire public school system failed him. To make matters worse it wasn’t a one-time failure, but a systematic failure that took many years to occur. By the time he came to me in ninth grade his story was long written with a bleak ending in sight. All that night I ‘tossed and turned’ thinking about him and realized that the way the public school system is set up, young boys of color are routinely set up for failure by policies (social promotion, obsession with testing, etc.) with seemingly ‘good’ intentions.

In my 'gut' I knew that if he had been born in another part of the city, his future would not have ended with his virtually non-existent reading level and possibly he could be in college doing what other twenty year olds are supposed to do.

That entire night (and following day) I thought about all the failures I saw from working with him for two years:

All of these questions are ones that as a society we’ve shied away from  because it’s politically correct to just go ‘with’ the group and act like everything is okay. Students like Andrew* need targeted support in the their areas of deficiencies. Specifically students like Andrew, need the entire village to survive.

Truthfully we can only help students like Andrew* by really being transparent about what’s working (and what’s not) in our schools and demanding that policies change. We can’t ignore that students like Andrew* exist, because our prison systems tell a different story. I know in my heart that he was a student that could have been saved, if our school had really asked the hard questions and followed it up with some harder conversations with everyone (parents, feeder schools, community, district) at the table.

My wish for Andrew* is that he repays his debt to society and that he finds skills that will help him become a productive citizen. I hope that he takes what he’s learned in his twenty years on earth and use it to make sure other kids don’t fall victim to the streets. My wish is that not another teacher has to wake up and see one of their student in jail on primetime television.

*All names have been changed.

10 Educational Websites for the Homeschooler 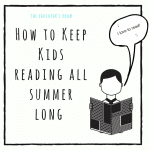