She was running late for the departing Friday bus. I saw her as she laid there on the floor, sobbing, as other staff members patiently held 100 buses to send the nearly 800 students home for the weekend.

"I want my mommmmmmy!" She wailed, with the tears waterfalling down her face. Here lay the sister of a former student, all four-foot, six-inches of her, with her brown hair collecting the paper fragments on the floor as it jostled back and forth.

"Well, you're not going to get your mommy until we get you into your locker and out the door," I said firmly. This wasn't a teachable moment, so I simply keyed into the locker, helped her load her things into her backpack, zipped it up for her, and watched her trot down the hallway holding her tomato-red face.

In my head, I placed a Roman numeral in the column of 6th-grade students I helped with their locker in the initial 2 weeks of our school year. But, like most interactions with students, I dug for a lesson for myself in there. And I found six:

It seems like all the sixth graders, including the little pint who struggled a few Fridays ago, now seem to have the experience of properly opening a locker under them. Now there are many bigger challenges ahead for them, and sixth graders for me to help next year. 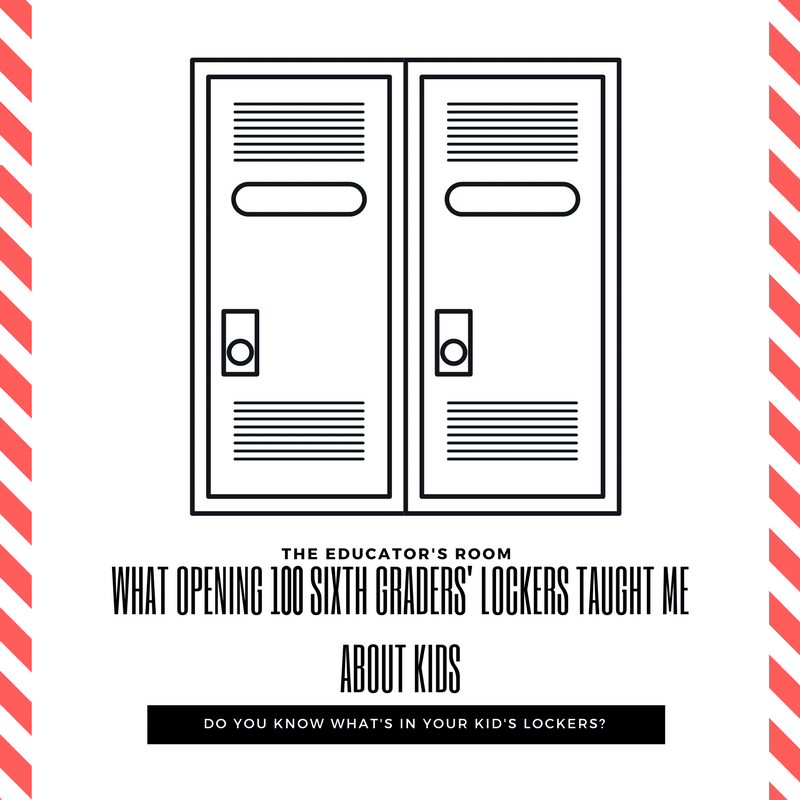 [Opinion] Barack Obama: A Role Model for Teachers and Students
« Putting Books in Student's Hands: How to Make the Right Match
A How To List For Flexible Classroom Seating »