This was it. I stood, sweaty and exhausted, as my band director walked over to the group of potential drum major candidates standing at the center of the field. Six of us had just endured a grueling tryout for the past hour and a half, but only one would be selected to be drum major for the 2009 marching band season. Having held the position the previous year, I felt I had a leg up, but the competition was stiff and I knew I couldn’t expect anything. Thirty seconds later I was told that I would not be retaining my position as drum major, and that someone else would take on the role for the upcoming year.

Like it or not, we will all fail in our lives. I failed in my quest to become drum major. I’ve failed tests, job interviews, auditions, and, as a teacher, I fail more times a day than I care to admit. But I’m also a firm believer that failure can and should be viewed as an opportunity rather than a road block. When we fail, we have the opportunity to pick ourselves up and learn how to move past it.

Given my belief in the power of failure, however, I’m often disturbed by the current trend that refuses to allow students to fail and thereby deprives them of the important opportunity to learn how to fail successfully while they are still young. The pressure to refuse to allow students to fail comes from all sides—from school districts, administrators, parents, and even students themselves. Districts set artificial grade floors so that students cannot fall below a certain point. Parents turn on teachers if their child receives a low grade on the report card. Under fire from the districts, administrators pressure teachers to give extra credit and makeup work or, at worst, to change grades themselves. There’s even a movement now to opt out of testing across the country, and a part of their rational is because too many students will fail. And through all this we send our kids the last message we should be sending them: that you can’t and shouldn’t fail.

By refusing to allow our students to fail, we fail them in the long run. When they get to college, nobody will be as forgiving to them as we’ve been. Grade floors disappear. Parents can’t pressure professors as easily as they do teachers, and administrators won’t be as ready to pressure professors to change a poor grade. As a result, our kids will experience failure for the first time alone and with no support mechanisms. And if they somehow make it through college, the real world awaits. What happens when they fail at job interviews? When they get laid off that first time? When they don’t have enough money to pay the rent? Nobody is going to get them out of it then, and they won’t know how to fail successfully and pick themselves back up. We will then have to confront the fact that we have created a generation of people that expects success and don’t know what to do when they fail.

Some researchers have given a name to the trait we empower our students to develop through failure: grit. Angela Duckworth, a researcher at the University of Pennsylvania, defines grit as the tendency to sustain interest and effort toward very-long-term goals through both successes and failures. Those who study grit have demonstrated its importance to success in just about everything, from excelling at West Point to achievement in spelling bees to success in novice teachers. But left unsaid is the fact that if we don’t allow people to fail, they will never learn how to pick themselves back up and develop higher levels of grit.

With this in mind, I believe that we need a new paradigm for the way we handle failure in our public education system. We need to acknowledge the necessity of failure in the learning process and communicate to students that the most important thing about failing is what you do afterward. If a child fails a test, a class, or a grade, our response should be to embrace that failure and talk about how to move on from it. We should counsel them on what went wrong and what can be done to improve the next time. In the long run, this will empower students to move on from failures and experience more and more success. But our last reaction should be to play the blame game or look to offer students a way out of their failure. Doing this only sends the message that failure is something painful without any benefits and does nothing to prepare them for the real world, a place where they will fail constantly in big and small ways.

I say this with a caveat: failure can be a crippling experience if handled poorly. I’m not advocating that we simply let students fail with no safety net in place, because in the long run, this would be as damaging as shying away from failure all together. But if embraced and used as a learning tool with the proper support from peers and teachers, failure is a powerful opportunity to strengthen the individual. I believe that my own failures—such as my failed second attempt at becoming drum major—made me a stronger human being and equipped me with a capacity to handle the many failures I, and every other teacher, experience daily. I learned that failure isn’t the end and that even in failure you can still create much good.

It may sound counter-intuitive, but we need to give our kids this same experience. We need to allow them to fail so that they learn how to pick themselves up again, learn from the experience, and move on. In refusing to allow our kids to fail now, we’ll only fail them later.

This post originally ran on Teacher Pop on April 17th, 2014

What If You Are Teaching the Next Picasso? 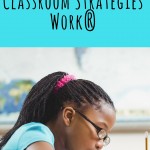 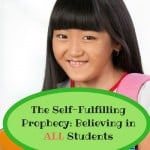 The Self-Fulfilling Prophecy: Believing in ALL Students
« How My Elementary School Community Saved My Life
Life Through the Lens of a Yearbook Advisor »