About Cindy Lumpkin, The LD Coach

I confess- I am a believer in the most high God. So it comes as no surprise that I am all for prayer in school. As a young child I never had the privilege of reciting the Pledge of Allegiance followed by a morning prayer. However, there were many days as a public inner city school teacher I knew prayer was the only answer to what I faced. So many of my students had hurts and circumstances I, on my own, was powerless to heal or make better. Many of my students faced situations, to be frank, only God could heal, make better or be a source of hope.

So, when I learned that Gov. Phil Bryant of Mississippi signed the following into law just recently, I was overjoyed:

"…public schools to develop policies that will allow students to pray over school intercoms, at assemblies and at sporting events.  While not allowing school-sanctioned prayer, the law permits students to offer public prayers with a disclaimer by the school administration."

I know many others will disagree with me on this, but I think we have misinterpreted the ‘separation of church and state.’ It was intended to keep government out of the church, and NOT the church out of the government. Think about it! Politicians of that day and for decade’s afterwards encouraged religious (Christian) education- it just wasn't mandated. Thomas Jefferson made the use of bibles in his school mandatory. The first book commissioned by congress for schools was the bible. Also, from a penny to a $100 bill, “In God We Trust” is clearly marked on every unit of U.S. Currency. Point being, prayer should have never been removed from our schools.

It wasn't until the secular movement in the 50s that faith was shoved out of schools. I think Mississippi is just opening a door to restore what should have never been taken out. This law just allows prayer, it does not sanction it. Yes, this same door opens up prayer for all, not just Christians. But I will take it!

Bravo. Amen! My hat is off to Gov. Phil Bryant.

What do you think? Should prayer be allow back into all public schools across our great country? 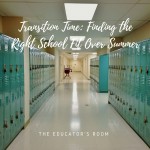 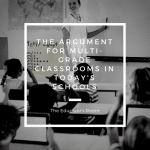 The Argument for Multi-Grade Classrooms in Today's Schools

The Pastor and the President: Race in the American Classroom Today
« Making the Most of Job Search Disappointments
Education News: An Arkansas School District Arms 20 Teachers »