According to Complex, Quinta Brunson- the creator of the viral show, Abbott Elementary is in trouble! The show and its creators have been hit with a copyright infringement lawsuit by writer, and actress Christine Davis who claims that Abbott Elementary is a "knock-off" of her show, "This School Year".

In court documents, Davis claims that the shows not only have the same premise but "This School Year" was registered within the copyright office in early 2020- one year before Abbott Elementary's debut. Davis is seeking damages from Brunson and ABC and in addition a turnover from all profits they made from the show. Davis continues in her court documents that "This School Year" was written in 2018 but has the same mockumentary, set design, characters, and plot lines as "Abbott Elementary. 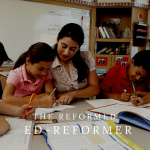 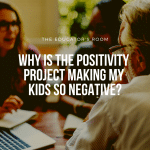 Why is The Positivity Project Making My Kids So Negative? 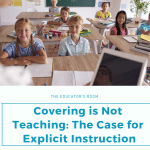 Covering is Not Teaching: The Case for Explicit Instruction
« It's Hard to Fight for the Truth If You Lose Your Job
Florida's MAGA Approach to Civics is Dangerous to Democracy »