If you Google the explorer John Cabot, you could get a web page from the website All About Explorers that states:

“In 1484, the explorerJohn Cabot moved back to England with his wife and eleven sons. He developed his own website and became quite famous for his charts and maps depicting a new route to the Far East. At this time he also introduced his half-brother Richard (whom the family always called “Ringo”) to his best friends, John, Paul, and George.”

While some facts in this information that might set off bells and whistles to educators-  or fans of The Beatles- there is recent research to suggest that many students in our middle school, high school, or college would not question the intrusion of technology into the life of this 15th Century explorer. After all, this website looks like a great source!

A report released November 2016 tracked the research skills of students in middle, high school or college using a series of prompts. The study was conducted by the Stamford History Education Group (SHEG)  that “prototyped, field tested, and validated a bank of assessments that tap civic online reasoning.” The report, titled Evaluating Information: The Cornerstone of Civic Online Reasoning, details the methods SHEG used in order to test civic reasoning as well as:

“…the [students’] ability to judge the credibility of information that floods young people’s smartphones, tablets, and computers.”

The results of SHEG’s study indicated that many students are not prepared to distinguish accurate from inaccurate accounts or decide when a statement is relevant or irrelevant to a given point. SHEG noted:

“Our ‘digital natives’ may be able to fit between Facebook and Twitter while simultaneously uploading a selfie to Instagram and texting a friend. But when it comes to evaluating information that flows through social media channels, they are easily duped.”

The report concluded that students at all grade levels were unable to distinguish well-evidenced accounts from those unsupported by reasons and evidence or to tell good reasons from bad. In short, SHEG pronounced pronounced our nation’s students’ ability to research as “bleak”:

“For every challenge facing this nation, there are scores of websites pretending to be something they are not. Ordinary people once relied on publishers, editors, and subject matter experts to vet the information they consumed. But on the unregulated Internet, all bets are off.”

Educators should be concerned about this growth of fake information and how to keep this misinformation from spreading into student research. Even if the Internet gets better at shutting down fake news or inaccurate information, there will always be some bogus websites that will escape being shutdown.

Yes, there is plenty of misinformation on site. For example, on the Christopher Columbus page:

“Columbus knew he had to make this idea of sailing, using a western route, more popular. So, he produced and appeared on infomercials which aired four times daily. Finally, the King and Queen of Spain called his toll-free numberand agreed to help Columbus.

“AllAboutExplorers was developed by a group of teachers as a means of teaching students about the Internet. Although the Internet can be a tremendous resource for gathering information about a topic, we found that students often did not have the skills to discern useful information from worthless data.”

The educator authors Gerald Aungst,( Supervisor of Gifted and Elementary Mathematics in the Cheltenham School District in Elkins Park, PA) and Lauren Zucker,(Library Media Specialist in Centennial School District) created the site in 2006. Their collaboration has proven to be a prescient effort given the SHEG findings this month.

They created AllAboutExplorers, “to develop a series of lessons for elementary age students in which we would demonstrate that just because it is out there for the searching does not mean it is worthwhile.”

These educators wanted to make a point about finding useless information on a site that was designed to look believable. They note that “all of the Explorer biographies here are fictional” and that they purposefully mixed facts with “inaccuracies, lies, and even downright absurdities.”

Some of the absurdities that have been mixed with facts on famous explorers include pages for:

The authors have provided cautions not to use this site as a source of reference for research. There is even an “update” on the site that satirically mentions a lawsuit settlement on a claim that the information unfairly caused failing grades for students who used the information via the website. The authors can be followed on Twitter: @aaexplorers. Their website confirms SHEG report’s that states there “are scores of websites pretending to be something they are not.” There are also lesson plans designed to introduce students to the skills and concepts of good Internet researching: 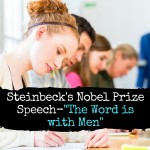