My first teaching assignment was in an urban middle school, where I was fortunate enough to have several excellent colleagues as mentors. I learned to handle most classroom problems myself, reporting only major violations to administration.

Here are a few techniques I used during my 30 year career.

If I heard a student grumbling under his breath about something I said, I would respond with – I love you too!   This would take the child by surprise and diffuse the situation.

2. You don’t know what a student’s life is like, so don't take things personally.

At the first sign of a problem, take the child aside and ask if  everything is ok at home. Kids are usually honest about these things. If there was a problem suggest that the child inform you on the way into class so you can be supportive.

I attended a workshop on discipline at my school when a co-worker asked for what to do about a student who would not stop talking in class.  The presenter suggested placing a voice activated recorder on a desk near the student.so that everyone could see it.  If the student continued to talk in class the recording could be used at a parent conference.  My co-worker then said, “She won’t talk with the tape recorder on so how will I catch her?” The presenter responded, “I thought you wanted her to stop talking.”

4. Treat your classroom as a community where any student causing a problem is hurting the community.

If a student was late for class I would record the number of minutes and have the student return after school to do community service. The time after school would be spent putting away  books, straightening desks etc.  This activity never lasted more than 10 minutes but it caused the disruptor to miss walking home with friends.

Not all of these suggestions will work with every child, but during my career they worked with most. 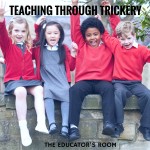 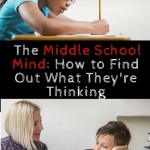 The Middle School Mind: How To Find Out What They're Thinking 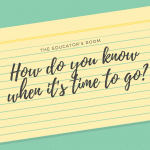 Changing Schools: How do you know when it's time to go?
« 7 Surefire Ways to Help Land a Middle School Job
Vocabulary Campaigns in the Content Area »