Sesame Street has been a staple in the lives of children throughout the United States. This show crossed color lines and evaporated economic barriers. No matter where in the country the child was located, they were bound to be familiar with Sesame Street. I remember learning a lot from this show. For example, I learned to count in Spanish by watching Luis, Bob, Gordon, and David sing about the number five. Since its debut in 1969, Sesame Street has been a teacher of academia and of life.

Sesame Street is used to taking on the tough topics. They took on the issues of diversity, divorce, death, and hunger. Recently, the CTW (Children’s Television Workshop) decided to take on one of its most controversial topics to date – incarceration. A new Muppet, Alex, who is a part of the Sesame Street workshop, has a father who is in jail. The Pew Charitable Trusts reports that one in 28 children has a parent who is currently incarcerated. This, according to Pew, is more than the number of children with a parent who is currently deployed with the military. Although Alex is not a part of the regular cast of Muppets, he will be a part of an online toolkit to help kids and parents deal with this issue. The group has already begun their quest for help and healing. On Father’s Day 2013, the group from CTW made a visit to parents and children at Riker’s Island in New York.

You may be wondering why this is such a hotbed issue in a magazine dedicated to education. Why are we taking up valuable article space about a children’s show? This is an important issue because this is the reality that we face in our schools today; just look at the results of the Pew research. This is especially relevant to those who teach in urban areas, although this is changing. People in suburban areas are faced with high crime which can result incidences of incarceration.  The face of the jailed parent is also changing. Alex’s dad is incarcerated, but many of the video clips in the toolkit interview children whose mothers are in prison.

I applaud Sesame Street for tackling such a taboo topic. I can remember going to work and encountering children who were dealing with a parent or a family member who had been arrested and some who were doing hard time. My heart ached for the child, but I did not feel that I had the skills to address that issue.  I feel I would have been able to better help my students if I had this toolkit.

As an educational community and as society as a whole, we must be willing to address the difficult issues. We must be open to discussing the thing that no one wants to talk about. If we do not address the social and psychological issues our students face, we cannot effectively educate them. Kudos to Sesame Street for continuing to be a leader in the development of the whole child! 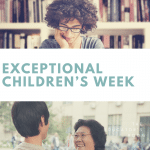 Summer Slip Sliding Away -- a Case for Year-Round School

High School Recess: Should it be an Option?
« Life After High School - Former Students Tell Their Stories
Know More, Grow More - 20 Ways to Make the Most of Your Summer »