Less than a decade ago, the idea of students serving on school boards was the topic of debate in places like the Atlantic. Jacoba Urist, writing for the Atlantic in 2014, suggested that even if a student member was capable of sitting on a school board, “A single adolescent voice will likely be drowned out by adult members.”

Students across the nation began to seek school board representation anyway.

In 2013 after a massive student-led protest, students placed hundreds of desks across a street in LA in an effort just to get the school board to consider a student member. In a 5-1 vote, the LAUSD school board chose to pass the decision on to their superintendent.

Fast forward to 2022, and student leaders and advocates are still fighting for their right to decide how their education is shaped and by whom.

But there has been a change. Of eligible districts in my state of California today, 64% have one or more student board members. But California is also the exception to the norm. Among the largest 495 eligible districts nationwide, the number of school boards with student members drops precipitously to only 14%.

What you may not be aware of is that much of this change has been both grassroots and has been led by students themselves – students like Shiva Rajbhandari. In the fall of last year, just after his 18th birthday, Rajbhandari was sworn in as a full voting member of his school board in Boise, Idaho. Rajbhandari, a climate and gun-control activist, defeated the incumbent adult member endorsed by such groups as The Liberty Dogs. The Liberty Dogs claim to have been founded in response to the rise of Marxism and has promoted book bannings. Rajbhandari is not only the only person of color on his school board but also the first person of color to fill a seat.

He wants you to know that his voice is never drowned out.

Recently, I had the opportunity to talk with Rajbhandari. What I learned isn’t just eye-opening. It’s also instructive for those of us who want to see more student representation coast to coast and beyond. If you know of a student leader interested in representing their student body, you may want to share with them what Rajbhandari shared with me.

The Educator's Room: Shiva, what was the impetus for you to become a school board member in your district?

Shiva Rahbhandari: Actually, it started much earlier for me. In 2019, when I was in 9th grade, I attended a global climate strike in Boise, Idaho held by the Sunrise Movement. Prior to that, I had been struggling on my own with a desire to make a real climate-based change. But when I saw the 1500 students who turned out to support the Sunrise Movement for Climate Justice, I was inspired. I realized that concern could turn into action and that people working together had a lot of power when they worked together.

TER: But that wasn’t enough.

SR: No. I was compelled by my desire to have climate change education at the fore of schools in my district and beyond. As part of the Idaho Climate Justice League, I helped with a postcard campaign for clean energy. It was huge, and even though the pandemic made things complicated, I began to see that the school district wasn’t taking our initiatives as seriously as they could. That was when I began to think about what student voice outside the classroom, on the school board, could be. I wanted to help foster a culture of empowerment.

TER: You are the only person of color on your school board. Your opponent was endorsed by an extremist group but never disavowed it. What was it like to run for office in this environment?

SR: There were some things that appeared on Facebook and other places. There’s certainly a lack of understanding of the threat of extremism to our schools. What I cared about most were the issues in which I wanted to see real change. I ran on a platform of mental health, climate advocacy, and supporting teachers. I was able to make my voice heard about the policies that prohibit what students can learn.

TER: What do you feel is the most essential to let other students know?

SR: We did a lot of good. We have lots more to do. But what I think is essential to my story is that there are districts throughout the country right now where students feel as powerfully about issues as I do. Those students can seek election on their school board and fight for change too. There are so many ways to get involved.

TER: Shiva, somebody reading this right now either is or knows a student in high school who feels like you do about one or more issues. That student may very well not see themselves or their schoolmates represented by their school board. They may, like you shared, feel as though their voice isn’t being heard either. What’s your advice to them?

SR: The truth is that when people say students are not qualified, it’s not the truth. Our voices do not just matter, but they have power. People in these positions are afraid of our voices, and they should be. Representation matters. Teachers and students must be unrelenting in our defense of schools and our communities. We can never back down from extremism, violence, and intimidation. If you’re a student and you’re thinking about representing your community, it’s up to you to make the change you want to see. We have the power when we work together!

If you or a student you know has the type of passion for representation that Rajbhandhari shared with me, here are some tips on how to get started.

"I want teachers to know that students appreciate them and all that they do. We can work together to make real change.” An Idaho teen who won his school board election has a message for educators Click To Tweet

The basic requirement for student school board members is that they are high school students enrolled in their local high school within the district they wish to represent. According to the California School Board Association, student members are considered full members of the board, can receive all open-session materials, and, depending on bylaws, can perform many other functions such as: making motions, questioning witnesses, and attending trainings and conferences. Some are allowed by their school boards to vote, while others are still not. Nevertheless, student school board members like Rajbhandari can make real changes by serving on their school boards.

A mechanism exists in most states to put a student in that seat, even if one does not exist currently. In order to find out what that mechanism is, begin by contacting your state school board association or contact the Student Board Member Association for your state of residence.

Many young people are not aware of the trends moving toward school boards incorporating student representation. Rajbhandari wants students considering taking that next step to become involved anyway. In California now, for example, the student body can petition the board of education for representation so long as there is a high school in the district. All that is needed is 500 signatures, or 10% of the student body. By law, school boards in California must now act timely to designate a school board student member. Not in California with me? Contact your local State Board of Education or County Board of Education office for more information on how to petition for student members on your district’s school board. Here’s a place to point you in the right direction.

As Rajbhandari told us here at TER, “The message I’d most like to send to teachers is that you are appreciated, and we students know what you are doing and fighting for on our behalf. I want teachers to know that students appreciate them and all that they do. We can work together to make real change.” 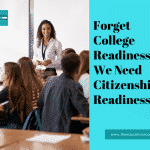 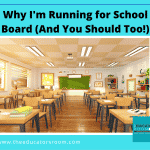 Why I'm Running for School Board (And You Should Too!) 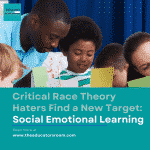 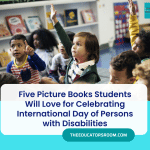