Eight dead Americans... yet, again. Six Asian women…someone’s grandmother, mother, aunt, sister. As a Black Female Educator, I found myself remembering stories of Asian hate at my own school. The young female Chinese teacher who had Asian hate speech angrily etched into a desk. The new female Mandarin teacher being Zoom bombed, having to endure chants of “Ms. Corona” followed by hateful laugher. I even went back as far as elementary school, hearing the word “Chink” for the first time, not knowing the history and hate behind the word until years later. I then thought with nostalgia about going to a friend’s home as a teenager, being welcomed by their families with the soon familiar smells of Poncit and Adobo, hearing the affectionate call of “Ate” (ah-teh) by their younger siblings.

“Your murders speak louder than your words!” these were Trevor Noah's words as he spoke about the “truly horrifying” Asian hate crime on his “Daily Social Distancing,” the pandemic version of “The Daily Show”. I feel the same frustrated passion he exuded when he so eloquently asked “Why are people so invested in solving the symptoms instead of the cause? America does this time and time again. A country that wants to fight the symptoms and not the underlying conditions that cause those symptoms to take effect!”  A country that actually wants to dig deep into the roots of the racism so many have been a victim of in their daily lives. A country that needs to acknowledge the tremendous amount of “isms” that damage the countless lives on a regular basis.

“Almost trying to humanize the shooter more than the people who got shot…It’s always interesting who the police try to find the humanity in.” Noah’s words echoed in my mind.

Humanity, does it all boil down to the simplicity of seeing people as human beings? I would argue no. To see a person devoid of the ethnicities and cultures that undoubtedly play a huge role in their identity is to deny the beauty in the diversity that lies in all of us. How do we see beyond the “Model Minority Myth” into what it means to live in a society that blames one of the worst pandemics in a century solely on one race?

What are solutions that we, as educators, can come up with in our effort to make our classrooms truly anti-racist, safe places for everyone? We can start by not being “that teacher” who decides to randomly check in with the Asian student you haven’t paid much attention to the entire school year. We can start by teaching more Asian history than just the Japanese Internment. We can start by recognizing that Asians, Asian Pacific Islanders, and South East Asians are as beautifully diverse in their countries, cultures, languages, and religions as people from the African Diaspora around the world.

To my Asian brothers and sisters, I see you, I hear you, and I pray that people begin to see that the injustices inflicted on some based solely on the color of one’s skin are just that, injustice. I pray for the safety of you, you’re families and your friends. I pray for a country that begins to take a long, hard look at the symptoms of hate against any person of color. I pray that people see you as more than the producers of “cultural foods” from restaurants they occasionally frequent, or a celebratory parade they look forward to every year. I pray they see…YOU! Stop. Asian. Hate. Now. 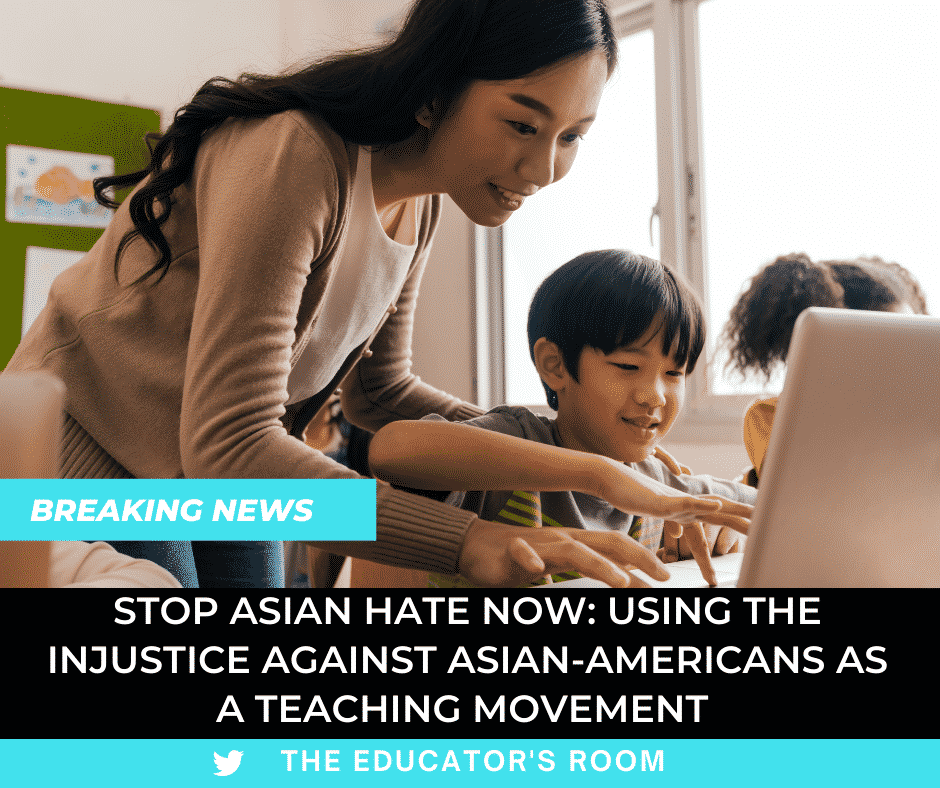 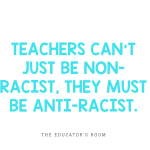 Teachers Must Not Only Be Non-Racist, But Anti-Racist 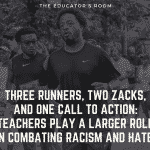 Three Runners, Two Zacks, and One Call to Action: Teachers Play a Larger Role in Combating Racism and Hate 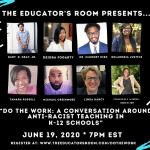 Do the Work: A Conversation Around Anti-Racist Teaching in K-12 Schools

Tackling the Infamous Research Paper: 4 Tips to Help Struggling Students Succeed
« We Have Adapted: We Are Home
4 Things Every Teacher Knows About High Stakes Testing »