On Monday, June 24, 2013, the Supreme Court handed down its ruling in Fisher v. University of Texas, the higher education affirmative action case.  I previously wrote about affirmative action and the backstory of the Fisher case in another TER article.  The case was brought by Abigail Fisher, a white applicant who was denied admissions under the university's race-conscious admissions policy.  The University of Texas has a two-fold admissions policy.  Any student who graduated in the top ten percent of a Texas high school automatically gains admission to the university.  All other applicants are considered in a separate admissions pool, where factors such as test scores, geographic connections, community service, leadership potential, and race are considered.

The Fisher decision cannot be seen as a full victory for either opponents or proponents of affirmative action.  The Court's decision is very narrow; it remanded (or sent back) the case to the Fifth Circuit Court of Appeals to decide whether the University of Texas's admissions policy will meet the strict scrutiny standard.

Strict scrutiny is the toughest judicial standard recognized by U.S. courts; thus, it is a very difficult standard for the government to meet.  Strict scrutiny is applied when fundamental rights are abridged or a law involves a suspect classification, such as race, national origin, religion, or poverty.

Justice Anthony Kennedy wrote the majority opinion for the Court.  "Narrow tailoring also requires a reviewing court to verify that it is 'necessary' for the university to use race to achieve the educational benefits of diversity," reasoned Justice Kennedy.  In other words, the court hearing the affirmative action matter cannot simply take the university's word that race is needed to achieve diversity; the burden is on the university to prove it.

Justice Ruth Bader Ginsburg is the sole dissenter in the 7-1 Fisher decision.  She reasoned that the case should not be remanded to the Fifth Circuit because "the University reached the reasonable, good-faith judgment that supposedly race-neutral initiatives were insufficient to achieve, in appropriate measure, the educational benefits of student body diversity."  Essentially, according to Justice Ginsburg's reasoning, any race-neutral alternatives would have been insufficient to achieve the university's compelling interest in student diversity.

It will be months before the Fifth Circuit issues its ruling in this case.  But, based on the Court's language in Fisher, affirmative action programs will soon be experiencing a drastic change.

A Blind Eye to Color: The Future of Affirmative Action in U.S. Colleges and Universities 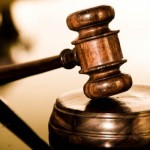