One of the pieces of advice I remember from my first year teaching came from a veteran teacher. She told me, “Sweep the snow from your own doorstep, don’t worry about the frost on your neighbor’s roof.” I remember thinking, what the.. huh? It wasn’t until years later that I realized the wisdom behind this old saying. Assuming that the teachers in your school are hard-working folks who are doing what’s best for students, then I completely agree with this statement. Do your job, mind your business, and don’t worry about how other people get their jobs done.

So many times teachers are quick to call out their colleagues on things like leaving early, taking a longer lunch break, exercising during their plan period, playing on facebook during plan times, picking up dry cleaning or groceries during their plan period, etc. Why is it that teachers get so wound up about other teachers not following the rules? Especially since most teachers I know have had to bend the rules once in awhile.

I’ve worked in two different districts in Illinois. The first district I worked in was Chicago Public Schools. I was a classroom teacher for six years before I resigned and got a job in a suburban district, forty miles from the city. These two districts are so drastically different in terms of diversity, socio-economics, teacher retention, administration, and about a million more things. But one of the constants I’ve seen across these districts is the willingness of teachers to throw each other under the bus.

Typically this is how the scenario plays out; teacher 1 realizes that teacher 2 is leaving during the time of day they’re supposed to be planning. Maybe teacher 2 is going for a walk, maybe they are picking up chicken for dinner that night, or maybe they’re just sitting in their car to get some alone time. Teacher 1 confronts teacher 2 about it. Teacher 2 gets angry for being called out and then catches teacher 1 leaving five minutes early the next week, in order to pick their kid up from school to get them to gymnastics on time. Both teachers go to administration, maybe they’re both written up, or maybe administration sends out an email with the blanket statement, “You may not leave before 3 o’clock, and you only get a half hour lunch. Please remember that.” In which case all the teachers in the building get upset because they all think they are being reprimanded because let’s be honest, we all have crap to do during plan time and after work. And really, who doesn’t leave early on Fridays?

Stress and Isolation don't do Teachers any Favors

My intuition is that this all stems from teachers feeling stressed, underappreciated, and maybe a little burnt out. We spend so much of our time in school and out of school working that it can easily take over our lives. Teacher 1 probably felt like he was doing more work than teacher 2 and was at his wit's end with all the demands teaching places on a person. So when he saw teacher 2 leaving during plan time, he immediately felt like he was doing more work than his colleagues and it made him angry. Or jealous. Or both. Teacher 1 is certainly allowed to feel this way, we have all felt that way at some point, I’m sure. But if there’s anything that wise old saying taught me, it’s that “busting” each other down never leads to anything beneficial, in fac, it only upsets the majority of your colleagues who now refer to you as a tattletale. It also keeps us from collaborating as colleagues, modeling mutual respect, and becoming well functioning teams.

We all know that balancing work and life while being a teacher is difficult. We know that teachers spend a lot of time outside of contract hours working. So during those contract hours, assuming that your colleagues are good at what they do, and get their work done, is it so bad to let your colleague go for a walk? Or let your colleague get an errand out of the way? It's worth considering that minding your own business can actually build more sustainable professional relationships. 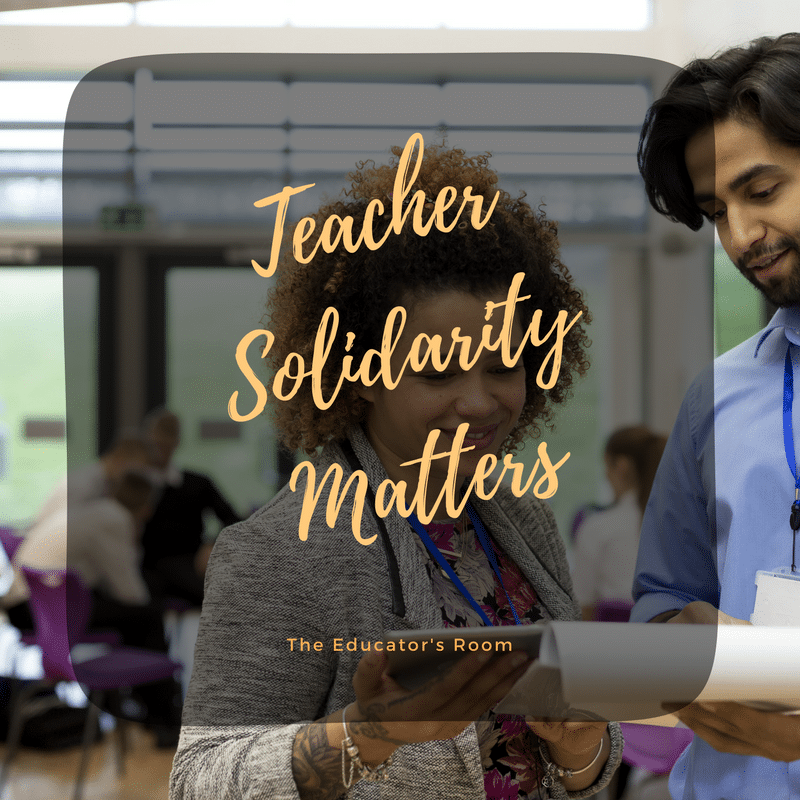 The Significance of Creating Working Relationships 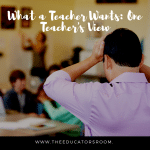 What a Teacher Wants: One Teacher's View 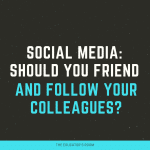