It was a busy week. My student government kids teleconferenced with the Broward Education Foundation to award them $1,000 they had collected through the spare change in the cafeteria. The SCA students wanted to help the victims of the Parkland, Florida school shooting. The organization receiving the gift looks after the social, economic, and academic needs of the shooting victims and their families. My students wanted to make a positive impact on an increasingly violent world.

I had to get a lesson plan together for Friday. Thursday evening, I would be on the road to our state teachers’ convention, this year held in Hampton Roads, Virginia. I live in western Maryland, so it’s a three-hour drive to the Tidewater region for me. For most of the drive, it was a combination of MSNBC and CNN on XM radio and a virtual mixtape of Jethro Tull, Rush, Yes, and the Indigo Girls with a little Carbon Leaf thrown in since I was in their home state of Virginia. About 40 minutes away from my destination, I get what sounds like a robocall from NEA president Lily Eskelsen Garcia. She tells me to stay on the line so I can join thousands of teachers, students, and parents on the phone to discuss the ”day of action,” planned for April 20, the 19th anniversary of the Columbine school shooting. I decide to participate. I even get in the queue to ask a question. When they finally say, “Our last caller is George from Virginia,” I had reached the parking lot of my hotel.

Sitting in my car in the dark, I shared with the audience the efforts of my student government kids. Lily encourages me to get to a microphone on the convention floor and call on my colleagues from all over the state to take some sort of action to prevent gun violence in our schools and in our communities. She admonishes me not to be bashful but to call my lawmakers, to talk to counselors and law enforcement, and to call on our elected leaders to strengthen the background check system, to ban assault weapons, and to keep our schools gun free zones except for trained law enforcement officers. As the conference call ends, I thought to myself, “I won’t take the mic, but I know someone will.”

Fast forward to Friday afternoon. After a somewhat unremarkable morning business session at the Virginia Education Association convention, some new business items come up on the Jumbotron screens bookending the leadership stage. Teacher salaries dominate the debate. One item calls on the VEA to advocate a starting salary of $42,000 for teachers in pre-K through grade twelve to be in place by 2023. The starting salary in Virginia is below the national average. Teachers behind this motion are inspired by walk-out in four states: West Virginia, Kentucky, Oklahoma, and Arizona. The motion passes.

Other issues are discussed: the lack of uniform attendance policy for students across the state. A statewide insurance pool for economically depressed localities. Funding schools with state lottery proceeds. Some pass. Some are tabled. Some fail. Robert’s rules of order can be a merciless taskmaster.

Finally, a new business item appears on the dual screens: a motion to “ban assault weapons in Virginia.” The VEA doesn’t have the power to do that. Gun legislation is created by the Virginia General Assembly in Richmond. But VEA is a labor union and claims to challenge the power of the NRA when it comes to lobbying state legislators. Another motion to ensure that Virginia schools are safe for teachers and students comes to the floor. Emotional teachers take to the microphone to share their determination to end gun violence in our schools, all mindful that one of the nation’s worst school shootings took place at a college close to the hearts of many teachers on the floor of the convention- Virginia Tech. Teachers break into a chant: “No More! No More! No More! Led by the VEA president, Jim Livingston, and the union leadership on the dais, over 500 Virginia teachers call out in a unified voice, without regard to political party, “NO MORE!.”

There are upcoming elections where we will get “souls to the polls” to make sure our educational agenda is legislated into reality on both state and federal levels. Click To Tweet

There is a lot of work to be done. I have eighty-five 7th grade US History assessments to grade. Virtual High School submissions for my 10th grade on-line students constantly appear in my inbox. My substitute had to deal with 7th-grade drama which I read about by email and had to address from my hotel room. I knew this would be the deal both when I became a teacher and when I volunteered to be my building representative for my union local. But there are lawmakers who need to know where we stand. There are young people who need to register to vote. And there are upcoming elections where we will get “souls to the polls” to make sure our educational agenda is legislated into reality on both state and federal levels. Teachers are always working, trying to pay the bills, take care of their families, and maybe get some time to repair their minds and their souls. But now is not the time to relax. It’s time to get active. 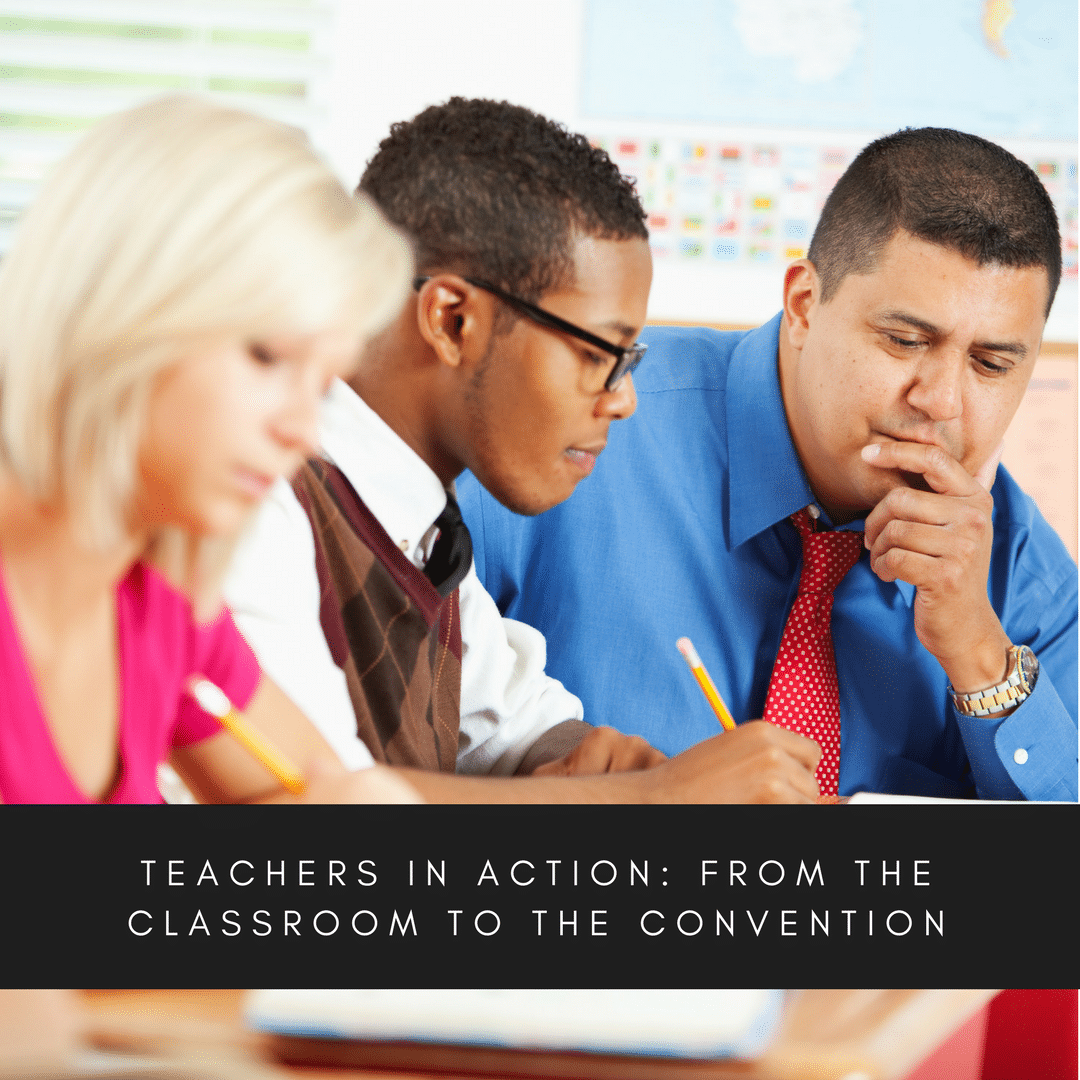 Respect in the Classroom: Earned, Not Expected
« Dear Oklahoma Legislators: Walk A Day In Our Shoes
What If School Was More Like Summer Camp? »