Recently, there has been several of videos online showing people of color having the police called on them by a white person.  They were reported to authorities because they were taking an action that for some reason made a white person feel uncomfortable or in danger.  None of these videos are shocking to people of color because this is our experience in America. Most of us have been in a situation that would have probably gone viral if it had been videotaped.

When I think about the barriers that cause people of color to leave a school or the profession or not enter the profession at all, I think about all the scared white teachers reporting teachers of color to the authorities, the administration.  If we are going to get serious about the recruitment and retention of teachers of color, we have to address the microaggressions committed by some white teachers in schools.

Half of my teacher friends are white and half are people of color and every teacher of color that is my friend has been reported to administration by a white teacher.  Even I have been reported more than once by a well-meaning colleague who had “concerns.” Being a teacher is a hard enough and feeling like you can trust no one or someone will report you makes it even tougher.

Being a teacher is a hard enough and feeling like you can trust no one or someone will report you makes it even tougher. Click To Tweet

During my first year in the classroom, someone reported me for not wearing a collared shirt on jeans Friday.  The last Friday of the month was a school spirit day and you could wear jeans with spirit wear. I was given a school t-shirt in my school welcome package and I wore that shirt on the first jeans Friday.  My principal walked in on the first jeans Friday and told me someone had brought my shirt to her attention and she put a note on my desk which asked me to read a certain page of the staff handbook. I read it and it said you had to wear a collared school shirt with your jeans on jeans day.  I was the only black teacher and teacher of color in this school and I didn’t understand why my colleague didn’t tell me about the rule, but reported me instead.

During the middle of my career, I was reported by a teacher in my department for using an alternative historical text.  Although I wasn't the only teacher of color at this school, I was the only black person in my department.  We were given a list of nonfiction texts and historical fiction texts that covered an important aspect of history.  I didn’t get the memo that everyone was going to use The Diary of a Young Girl by Anne Frank.  I chose Chains by Laurie Halse Anderson.  This novel, which is part of the Seeds of America Trilogy, follows a black slave girl as she is trying to figure out which side she should support during the Revolutionary War to gain her freedom.  The social studies teacher had just completed a unit with my students on the Revolutionary War and I thought this novel would be a good way to build upon what they had already learned. I thought I was allowed to use the novel, since we were given a choice.  Again, I found it concerning to be told that someone reported I was, “depriving our students of learning about the Holocaust and skipping an important part of history they needed to cover.” If this colleague would have spoken to me directly, he or she would have learned about ⅓ of my students voluntarily read Anne Frank’s diary independently after I did a book talk and that I covered the holocaust using articles and other resources.

The most recent report to the authorities happened a few years ago.  I was reported by a white colleague, who I did eventually discover the identity, because I was being too stern with students.  I’m not a teacher who yells. I didn’t disrespect the students or curse at them. I wanted to help them overcome the barriers that got them kicked out of class in the first place.  That’s right; she reported me for being too stern with her students that she kicked out of class that I had to incorporate into my class.

My friends who are teachers of color have similar stories.  If a teacher is doing wrong, I don’t care what color he or she is, you should report the teacher, but a teacher should not be reported for doing his or her job.  Some schools provide professional development around working with diverse students, but when are we going the address the white teachers who have difficulty working with teachers of color?

Some schools provide professional development around working with diverse students, but when are we going the address the white teachers who have difficulty working with teachers of color? Click To Tweet

White teachers whose knee-jerk reaction is to run to the principal to report teachers of color about situations that don’t need the involvement of administration are a contributing factor to the difficulty of retaining teachers of color.  If you are a white teacher who has a concern about what your colleague is doing and your colleague is not breaking the law or putting students in danger, your first course of action should be to have a conversation with your colleague to gain a better understanding of the situation.  If that colleague happens to be of color and you are afraid to have a conversation with him or her, then the “problem” you are concerned about is not the problem you need to address.

Until we have an open and honest conversation about how the school environment can become difficult for teachers of color when white colleagues report them for unwarranted concerns or are culturally insensitive, we are going to continue to see teachers of colors switch schools and leave the profession. 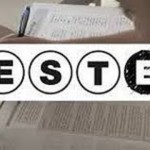 And We Will Rise: Day 3 of the Oklahoma Walkout
« Save the Turtles: A Lesson in Teacher Excitement!
A School Boycott Isn't the Way To End Gun Violence »