I thought I would recognize the signs. I didn't.

My student, Rachel*, was fifteen years old. Although some things set her apart from her peers (she was an immigrant and spoke English as a second language), she was in many ways a typical teenager. She loved music, wore glittery t-shirts, and enjoyed laughing with her friends. She was shy, one of those kids who tries to hide in plain sight. She never raised her hand to answer questions, even though she was one of the brightest students in class. When I bragged on her, she simply gave a demure smile.

A pandemic school year commenced. Rachel missed a day here and there. Then she was pulled out for online learning only. Her mother had agreed to this without consulting the school on possible consequences. Most of Rachel’s teachers thought she was taking advantage of the opportunity to be absent. Being so timid, she had never really liked school. Her teachers were concerned that she wasn't completing lessons, but that was typical of students who were new to online school. We were all on a learning curve. We thought she was just along for the ride with us.

Then her friends started telling me she wouldn't respond when they contacted her. I knew they texted each other often because they showed me the funny memes they sent to each other.  I became concerned. Many students will put their work to the side, but most will keep in touch with their friends.

I knew she had a boyfriend. I remembered her mother’s quick agreement to online school. Was Rachel pregnant? All those days absent from school would have given her an easy opportunity to be with her boyfriend when no one was home.  Aha! I had figured out the secret. She wasn’t responding to her friends because she was embarrassed. She wasn’t working because she wasn’t feeling well. Teen pregnancy would present a challenge, but Rachel was bright and capable and had a family support system. I believed she would be alright.

Then the guidance counselor came to see me. Rachel’s mother had found her passed out on her bed. An empty bottle of pills sat on her nightstand. She rushed her daughter to the hospital where she was admitted. I was stunned but grateful that she was alive.

I have been through suicide prevention trainings yearly for over a decade. It wasn’t something I just checked off after I completed it. I had taught at a boarding school in South Korea, a country where suicide is the leading cause of death for young people.  (Yonhap News Agency, 2020). I took it very seriously.

Academic pressure on Korean students is intense.  At the Korean boarding school, there were certain times of the day when studying was not allowed. Sports and arts were encouraged, along with clubs and outings. We wanted our students to know that they were more than a grade on a paper. In my four years there, we had no suicide attempts. That’s not to say that our students didn’t have mental health issues. Some did. But we kept a close watch on them. Teachers, administrators, guidance counselors, and dorm staff had weekly meetings to discuss students’ academic progress, physical well-being, and mental health. Communication aided us in providing appropriate care for our students. Dorm staff especially became close with students and were trusted confidants.

American public schools don’t have the luxury of staff and resources we had at the boarding school in Korea. The ratio of students to guidance counselors is tragic, and teachers’ workloads are so heavy that looking after student well-being falls low on the list. After all, we’re not tested on that.

Rachel returned to my class after a few weeks in a residential program. She seemed more fragile, or maybe I just saw her that way. Her friends were thrilled to see her again. I don’t know what she told them about her experience if anything, but none of them ever mentioned it to me.

After years of being so mindful of students’ mental health, I was sure I would notice the signs. I didn’t. Was there anything that could have derailed the decision she made? I don’t know. In a year of teaching in a pandemic, overwhelmed was a word I heard almost daily from both students and teachers. We all felt anxiety, and there was no assistance offered to any of us.

In the days and weeks after the incident, there was more communication between departments. I spoke with the guidance counselor, the attendance officer, the school social worker, and the principal. A safety plan was put in place to monitor Rachel’s social and emotional progress. Weekly meetings with the school counselor were scheduled. At the end of the school year, that plan was forwarded to the school she would be attending next year.

Life improved for Rachel. But it took a suicide attempt to meet that need. It shouldn't be like that. The school counselor lamented that schools are expected to be one-stop shopping for society, identifying all its problems and fixing them as cheaply and expediently as possible. That’s not a realistic expectation for a system that places one social worker and two guidance counselors to look after 900 middle school students. Adults in schools want to help students, but our hands are tied by a lack of time, resources, and learning expectations that are often created by people who haven’t been inside a classroom since they were students.

This student was not the only one who attempted to die by suicide at my school. And certainly, my school isn't the only one with this problem. School personnel needs to be consulted and taken seriously when policies are being created. Until we start prioritizing mental health and giving schools the time, human resources, and financial assistance needed to address it, this will continue.

*All names have been changed to protect the identities of all involved. 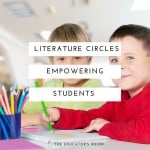 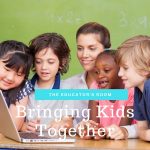 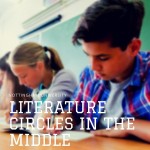 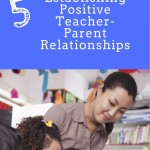 Strategies for Establishing Positive Teacher-Parent Relationships
« Ordering Experience: Transitioning into a Successful September Through Lyrical Poetry
Why Every School Needs An Equity Team »