The turning of pages and an occasional sigh filled in the dead spaces as my class of 7th graders quietly read or pretended to read the assigned text that afternoon while I roamed around the room visiting with an assortment of students checking in on their understanding of the text.  The words “You can’t make me.” softly drifted across the room to my ear.  I turned in what I thought was the general direction expecting to see a quiet conversation in progress.  Instead, I found Jacob hunched over in his desk, pulling out his hair in greasy clumps that fell to the floor. This came as no surprise as the poor boy often had episodes like this.  So,  I slowly approached him, softly called out to him “Jacob - what’s going on sweetie?” I knew not to touch him because we never knew how deep he had escaped into this unseen world.

I did not get a verbal response.  Instead, Jacob sat up bolt straight in his chair, swiftly opened his 3 ring binder, and began feebly trying to use the open rings to slash his arms. Small droplets began to seep from the wounds.  In the meantime, as calmly as I could, instructed my class to gather their belongings, and move to the library. I asked another student to run to the office and call for the nurse and the principal.    I decided to attempt to talk him down since it had worked before.  He continued screaming now “leave me alone!”  as he continued the attempt to slash his arms with the binder rings.

Thankfully, his wounds were superficial in nature.  Jacob had confided in me about his nightmares, well not always in a conversation, but in his writing.  For some reticent students, writing becomes their only outlet of expression. Jacob was of no exception.  His disheveled attire, unwashed dark hair did not generate many friends for the poor boy.  In group or partner assignments, his partners tentatively conversed with him because one never knew when his next episode might occur.  “Jacob, sweetie, who are you talking to?”   He stopped for a second and ever so slowly, stared straight into my soul, and whispered “Can’t you see them?”  My heart stopped for a split second.  Mr. Barker and Nurse Adams crept into the room upon seeing the situation and making calculated decisions as to what to do next.

“Jacob?” I began, “ what do they look like?”   He had stopped hurting himself, and actually, let me take the binder from him.  “You really can’t see them Mrs. W?” he whispered again.  “No honey, can you describe them to me?” I asked not really wanting to know in reality.  “They ...they are black, shapeless floaty things,” he muttered.  “Oh - they smell like …..deviled eggs” he added.  Mr. Barker and Nurse Adams inched closer not wanting to disrupt the “connection” I had made.   “Jacob, would you be able to write a descriptive paragraph about what you are feeling and seeing?” I ventured.  I thought- maybe it would be an outlet of some kind since his writing often contained unusual situations like this as well.

My thought, try anything to keep him from hurting himself.   I glanced back at Nurse Adams for confirmation and her reassuring nod let me know I might be on to something.  Jacob nodded his head as well and asked for his journal and pencil.  Mr. Barker sat down across from him, yet Jacob had returned into his other world and began frantically writing about the dark figures hovering about him, whispering for him to “end his pain”.  Details of the sulphuric fire that the beings tried to drag him off to come to life on the page.  As he wrote the last word, he laid his pencil down and smiled.  It was a smile of peace and calm.  He allowed Nurse Adams to treat his wounds, and Mr. Barker called Jacob’s mother.   We all knew his mother would do nothing because she always said the same thing “He’s just showing off.”

Jacob continued to fight his demons throughout his middle school and high school years.  He continued to write down in amazing detail the images torturing his mind.  Sometimes, he turned these images into characters for stories he had published online where he received accolades for his “fantasy” writing.  A few years later, I received a letter from Jacob.  He had started college after moving out of his home and far away from his mother.

I thought you should know.  I really appreciate your trying to help me control my demons.  You were the only one who believed me.  I finally broke free of my “mother” and sought out the help I truly needed.  I am on medication now for schizophrenia and bipolar disorder, both things my mother vehemently denied I could have.  I am much better now; however, I am still occasionally tormented. So, I still write as you taught me and it does help lessen their hold on me.  I decided to turn my “characters” into a classic good vs. evil fantasy story.  You will be the first to know when it’s published since I’m dedicating it to you.  Oh, I’ve also decided to become a psychologist to help others like me.  No one should go through this hell alone.  I’m glad you were there for me.

* All names have been changed to protect the innocent. 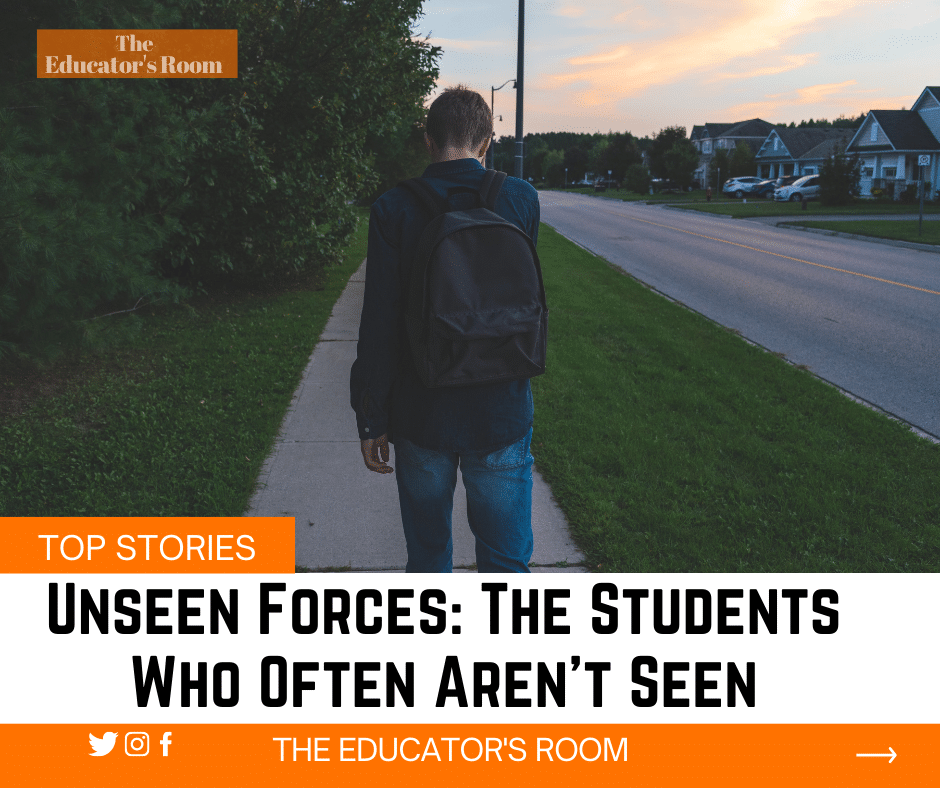 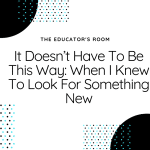 It Doesn’t Have To Be This Way: When I Knew To Look For Something New 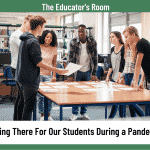 Being There For Our Students During a Pandemic 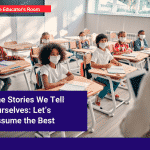 Opinion: The Teacher Stories We Tell Ourselves: Let’s Assume the Best
« Mr. Rogers Was a Genius, Virtual Learning Showed Me How
Results of the Election: What’s Next for Educators? »